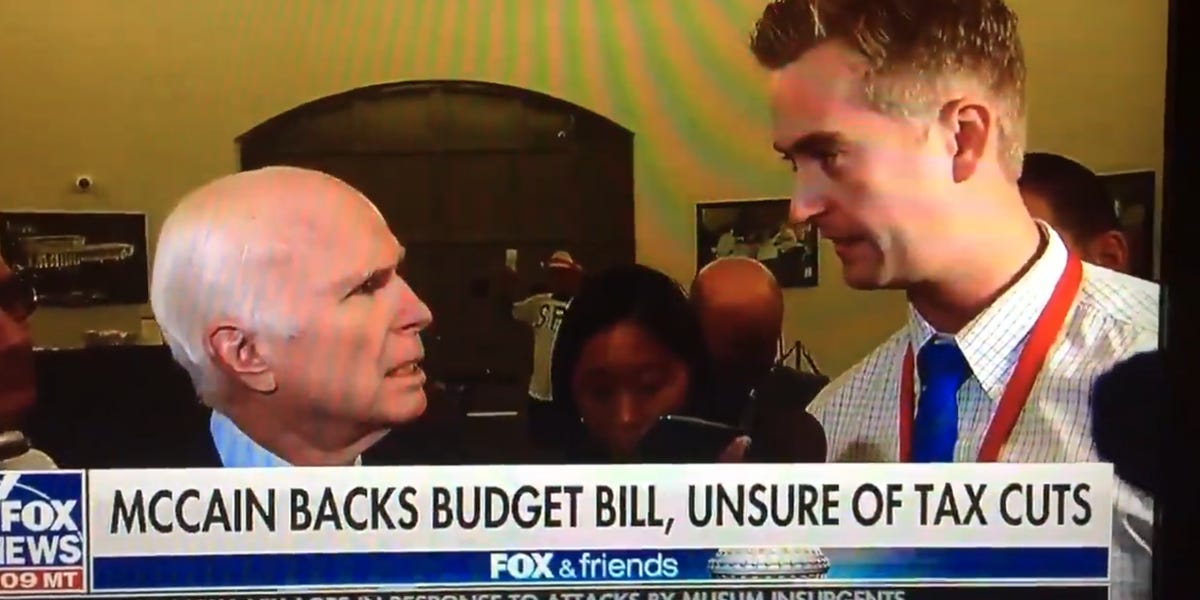 An old video of the late Sen. John McCain having a heated exchange with Fox News’ reporter Peter Doocy has resurfaced, where McCain appears to call a question from Doocy “dumb” and “stupid.”

The clip resurfaced on Twitter on Monday after President Joe Biden called Doocy a “stupid son of a bitch” on a hot mic.

In the October 2017 video, Doocy approaches McCain to ask for the Arizona senator’s comment on his relationship with former President Donald Trump. McCain broke with the GOP ranks and voted against a repeal of Obamacare in the Senate in July 2017.

“Has your relationship with the president frayed to the point that you are not going to support anything that he comes to you and asks for?” Doocy asks McCain in the clip.

“You mean that I am somehow going to behave in a way that I’m going to block everything because of some personal disagreement? That’s a dumb question,” McCain said.

Other clips have surfaced in the wake of Biden’s remark, highlighting how the president’s comment was not the only occasion that politicians have insulted journalists.

A clip from a Trump rally resurfaced on Twitter, where former President Donald Trump is heard calling NBC’s Chuck Todd a “son of a bitch.”

Meanwhile, CNN anchor Jim Acosta said on Monday that he and other journalists got called “a lot worse” when covering Trump, but “never got an apology.”

“I don’t remember that from the commander in chief. So maybe things are a little bit better to some extent,” Acosta said.

For his part, Doocy laughed off Biden’s comment in appearances on Fox News programs on Monday.

On Monday night, Doocy said that he might have no choice but to embrace the label of “stupid son of a bitch,” telling Fox News host Jesse Watters that “nobody has fact-checked” Biden on the statement. Doocy also told Fox News host Sean Hannity that Biden later apologized and they “cleared the air.”