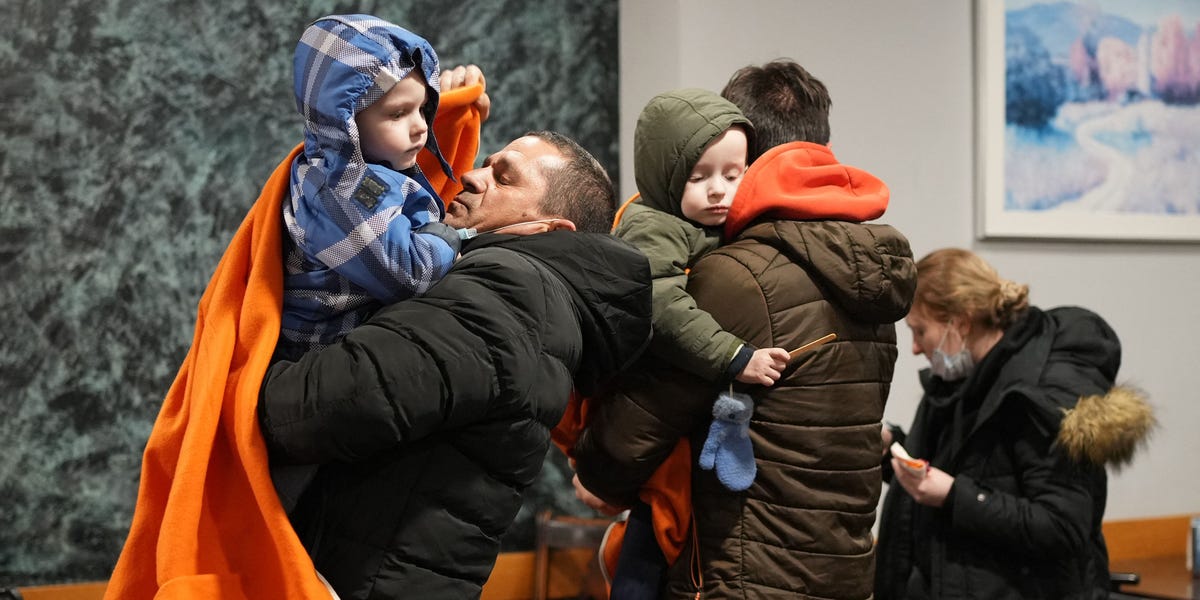 Approximately 1.5 million children have fled Ukraine since Russian troops invaded the country nearly three weeks ago, according to The United Nations Children’s Fund.

They are part of the 3-million strong exodus out of war-torn Ukraine into neighboring countries as Russian forces continue to target cities and civilians.

Since the war began on February 24, more than 75,000 Ukrainian children have become refugees every single day, UNICEF spokesperson James Elder said during a Tuesday press briefing in Geneva.

“This refugee crisis is in terms of speed and scale, unprecedented since the Second World War, and is showing no signs of slowing down,” he said.

“That is, a Ukrainian child has become a refugee almost every single second since the start of the war,” Elder said.

The agency, which provides humanitarian aid to children around the globe, said Ukraine’s new bout of child refugees are in need of “safety, stability, and child protection services” — especially those who have been separated from their parents.

UNICEF warned that Ukrainian children who are fleeing their home are at a significant risk of violence, trafficking, sexual exploitation, and being separated from their families.

In addition to the 3 million refugees who have already fled Ukraine, at least 2 million more people are displaced within the country, the UN’s Refugee Agency estimated on Monday. Most of Ukraine’s refugees have fled to neighboring countries, including Poland, Hungary, Slovakia, Romania, and Moldova.

Several refugees told Insider’s John Haltiwanger and Haven Orecchio-Egresitz that they are bringing their pets along with them, prompting volunteers to offer free veterinary services at border crossings.