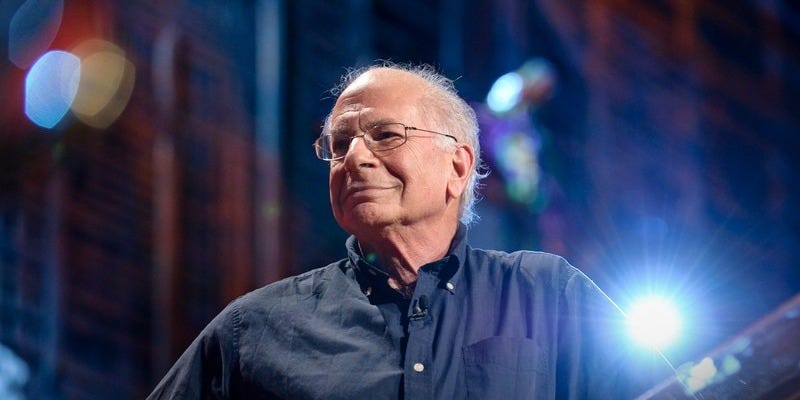 Nobel prize-winning psychologist, Daniel Kahneman, and his research partner, Amos Tversky, are the geniuses behind much of the research into cognitive biases that you’ll find in many business books.

You might as well start at the source to get the full benefit of their studies.

For example, Kahneman and Tversky discovered ‘framing.’ It simply means that people are influenced by word choice.

Tversky’s experiment at the Harvard Medical School has become the classic example of emotional framing. Physicians were given statistics about the outcomes of a cancer treatment: surgery or radiation. The five-year survival rate overwhelmingly favored the surgical option. But the short-term risk from surgery was slightly higher.

Half of the physicians read one statement about surgery; the other half read the other. Remember, the statements use different words to say the same thing:

The one-month survival rate is 90%.

There is 10% mortality in the first month.

The vast majority of physicians (84%) who read the description framed as ‘survival’ chose surgery over radiation. Only 50% of those who read the second statement chose surgery. Why? Because the human mind is sensitive to emotional words — mortality is bad, surviving is good.

In a time of high anxiety, pay careful attention to the words you use with virtual teams. What seems ‘catastrophic’ on its face might be viewed as an ‘opportunity’ to reimagine the way business is done. Don’t sugarcoat problems, of course, but pay attention to the words you use to describe the current situation. You might be adding to anxiety instead of alleviating it.

Carmine Gallo is a former CNN business anchor and Wall Street Journal bestselling author of such books as “Talk Like TED” and “The Presentation Secrets of Steve Jobs.”