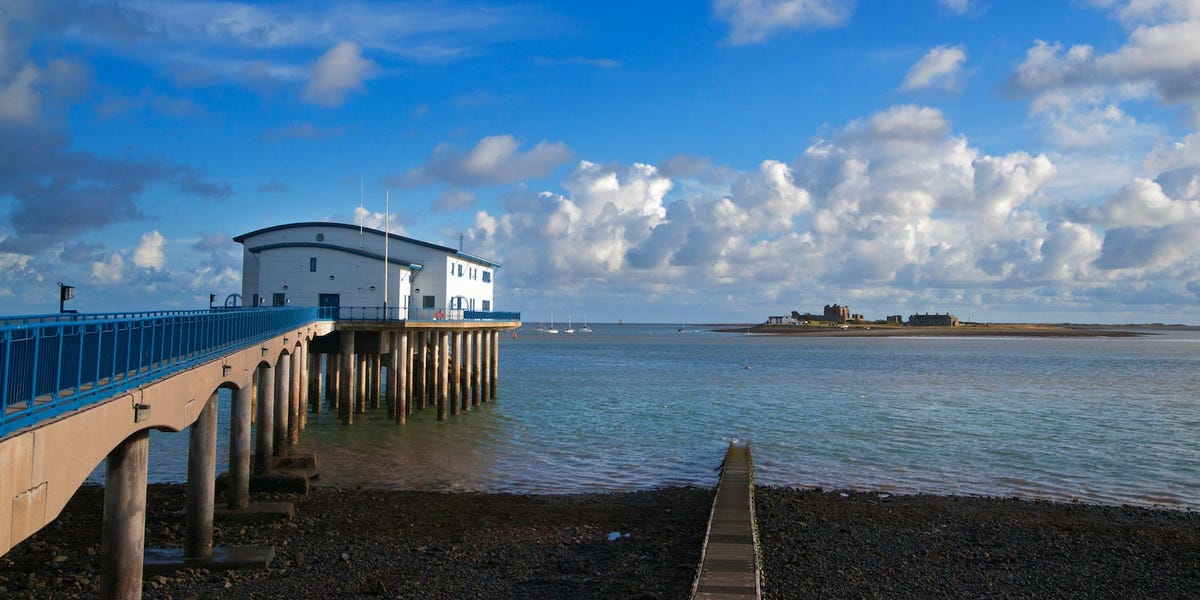 It’s been described as one of the “most unique opportunities in UK hospitality.” But the search for a new monarch to move to and manage a tiny island appears to be near its end.

Piel Island sits half a mile off the coast of Barrow-in-Furness in Cumbria, UK.

In January, Barrow Borough Council, which runs the island, announced that it was looking to hire a new tenant to move to the 50-acre island to run its pub, The Ship Inn.

The 10-year lease comes with a number of responsibilities. As well as pouring pints, the landlord will be responsible for managing a small campsite and toilet block. They’ll also be crowned “king” or “queen.”

According to the council’s website, the tradition is a nod to the 15th century. This is when a claimant to the English throne landed on the island, before being defeated 10 days later.

The monarch of Piel will be crowned by having a beer poured over their head while sitting on a throne. Sadly,  they won’t get claim over the island’s derelict 14th century Piel Castle, which is run by English Heritage.

The role received “about 190 applications,” including places as far away as Africa, according to The Times of London. The council announced via its Twitter account on February 9, that it is no longer accepting applications for the role.

As well as being able to pour a pint and manage the power that comes with royalty, candidates will have to convince recruiters that they can entertain lots of visitors and cope with the isolation during quieter times. Between April and September, the island is only accessible by ferry.

Candidates will also have to be comfortable with unpredictable weather and work long hours. In return, they’ll get to enjoy the island’s populous wildlife and stunning views.

“Even if you’re pissed out of your head the views from Piel are pretty amazing,” John Murphy, who has been leading walks on the island for 40 years, told The Guardian in December.

The council is hoping to fill the role by April, for the start of the new season, according to the original posting.

It’s not the only role offering the chance of an idyllic island lifestyle.

The National Trust Scotland is searching for both a new ranger and a guest house manager to move to the Isle of Canna, which has only 15 residents.