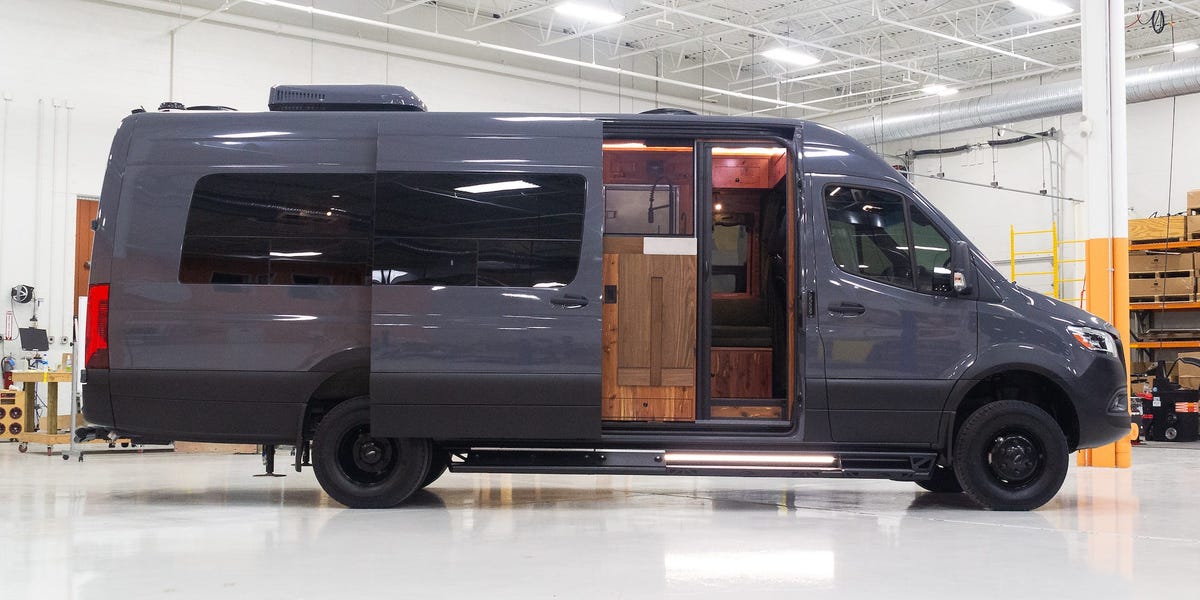 Throughout the COVID-19 pandemic, RV companies — especially those that sell camper vans — have experienced a rise in sales, demand, and waitlists.

And it’s not just the big legacy makers like Airstream and Winnebago seeing a spike in demand.

Like other road travel vehicle makers, Advanced RV’s sales grew throughout 2021, and have generally been increasing since the company was founded a decade ago, Mike Neundorfer, Advanced RV’s president, told Insider in an email.

As the team continues to grow, so has its client backlog, which now extends back about two years.

But Neundorfer says the Ohio-based company’s success is only “somewhat affected” by the rise in RV ownership amid the pandemic, he told Insider in 2021.

It’s “hard to say how COVID-19 has affected sales,” Neundorfer said, differentiating Advanced RV from other RV makes. “We’re only loosely affected by trends in the mass production RV industry.”

Advanced RV still follows some trends in the industry, like planning its builds further in advance to skirt any ongoing supply chain delays.

… including four-by-four chassis, better internet and cell connection, and sound and entertainment upgrades.

Advanced RV’s recently unveiled build, Nelson, is in line with many of these trends.

Let’s take a closer look at the van, an “all-cedar” four-by-four camper van built for a client named Terry.

The company works directly with clients to design its highly customized tiny homes on wheels, and this wood-lined camper is no exception.

The van has many of the upgrades RV buyers have recently demanded, such as a four-by-four chassis, off-grid capabilities, and an entertainment system.

The team began working with Terry in 2018. Together, they spent the next year designing the tiny home on wheels.

Now, Terry and her dog are using Nelson as their home base for months-long road trips across North America.

So far, she’s stopped in locations like Colorado, Wyoming, Canada, Alaska, and California.

He declined to state Nelson’s exact price, but noted that the van “approaches the upper end of that spectrum” at somewhere over $400,000.

While the price may seem hefty, the van includes all the rooms you’d find in a typical studio apartment, including a kitchen, garage, bathroom with shower, and a joint living room and bedroom.

The interior was also designed to be built with minimal plastic, animal products, and materials with volatile organic compounds, as per the owner’s request.

It’s easy to notice the van’s standout feature: the cedar, which lines its ceilings and walls. The only other color accent is the green fabric that covers the seats and curtains.

Nelson’s bathroom is located in front of the garage at the rear of the van.

The space has all the bare necessities of a bathroom: a shower, toilet, and medicine cabinet.

The bathroom spans across the width of the 70-inch Sprinter body, and sits behind a sliding cedar door that separates the bathroom from the rest of the living space.

The entry door is just beyond this kitchen, but the van has one more hidden secret: an additional seat that can convert into a third bed for guests.