All about Airspeeder, the startup that wants to race flying cars 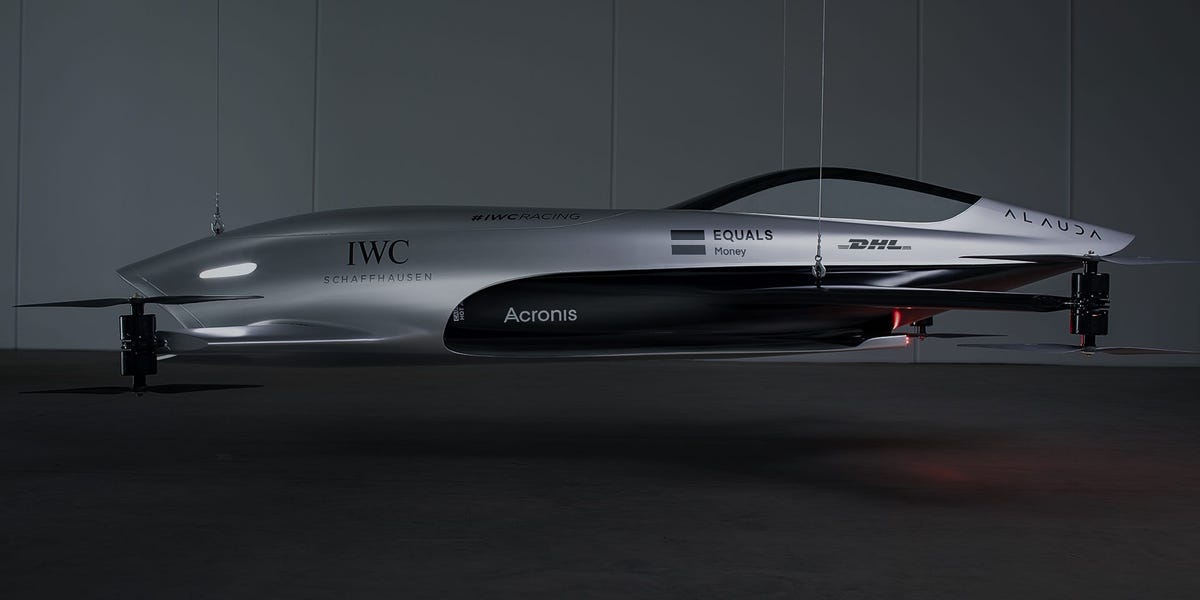 By now, if 1960s sci-fi is to be believed, we would have our meals in pill form, a healthy and happy society, robot butlers, and flying cars to take us to and from work. That’s not exactly the case, but the last point is closer to pilot school reality than you think.

While myriad flying car concepts are revealed every year, a project called Airspeeder is nearer to the skies than most. Airspeeder CEO Matt Pearson revealed the project with a realistic but sadly hollow scaled model of the final racer at the 2019 Goodwood Festival of Speed with a simple idea: to be the first flying car race series, and let others worry about creating the “road-going” versions.

Airspeeder, founded in 2016, is there to be glamorous and show the world that not only are flying cars real, but they’re coming quickly. Insider talked with Pearson about where Airspeeder is now, and how close we are to seeing a flying race car series.

“Airspeeder is the world’s first electric flying car race,” Pearson said. “The mission is really to be the race that creates the ultimate flying car … Now that we’re moving from cars on the ground to cars in the air, racing is really that catalyst that turbocharges the industry and eventually delivers a product that everyone can enjoy.

“It’s not just an innovation project, but this is about creating a race that ultimately will deliver vehicles for everyone.”

While plenty of manufacturers, both in the automotive and aero spaces, are getting involved in electrification and the flying car arena, they face significant challenges in certification and regulation. Pearson sees Airspeeder’s job as a safe space to push boundaries without having to worry about such things, all while moving development forward.

Pearson’s take on Airspeeder’s function is similar to how airplane development accelerated in the early 1900s.

“I always talk about the dawn of the last century, we had the first race for sea planes in Monaco in 1913,” Pearson said. “Those first planes had a top speed of about 40 mph. Eighteen years later they were flying at 400 miles an hour, and that gave us the Spitfire.”

Without racing, competition, and development, would planes have developed as quickly? What about cars? Way back when, without budget or regulatory restrictions, automakers were free to experiment and develop their cars as they saw fit — so long as it made them competitive, that is.

“Our role in this is to be that place for the industry to play with the best technology available without regard so much for cost, without having to worry too much about dealing with the huge costs of certification,” Pearson said. “We control where we fly, so basically we can create a controlled, safe environment to go and test new technologies, push it to its limit and those things will trickle down.”

Lessons learned extracting performance from engines, aero, and every other component that makes up a (flying) race car can be refined and applied to consumer, commercial, and even military vehicles.

“Racing is important for performance, but racing also gave us seat belts, disc brakes, and rear-view mirrors,” Pearson said. “All the basics that we take for granted now in our cars.”

The Airspeeder race series will be populated by vehicles designed, engineered, and built by Alauda, also owned and founded by Pearson. Alauda is the company that’s doing the R&D to make the flying cars actually work, and it’s presently testing a vehicle dubbed the Mk III — eventually to be replaced by shiny Mk IVs, which will be the ones racing.

The current Mk III iteration is, essentially, a drone with room for a person to take over control once testing has deemed it safe to do so. Pearson said the first flying race car is a matter of months, not years, away.

“We got it done,” Pearson said. “It wasn’t easy, but we got it done. The Mk III is that interim step, it’s full size, it’s all carbon fiber, it’s still designed to be flown unmanned but there’s space inside for a human.”

“The controls are a scaled up version of drone controllers, or an Xbox controller,” Pearson said. “You’ve got two joysticks and the principles are roughly the same, which is cool.”

The limits of the crafts’ capabilities are still being tested, and how safe those limits will be for humans remains to be seen.

“There are things that a multicopter can do that a plane can’t,” Pearson said. “You can pull G-forces in different ways, and in extreme directions. It’s one thing if it’s a drone, but when you’ve got a person in there you’ve got to take care of them.”

How did Pearson and his team get from a scale model at Goodwood 2019 to here? Simple: people and testing. The team expanded, and iterative testing began, moving quickly step by step to work out how to make Airspeeder a reality as safely as possible. While the MK III isn’t quite ready for human flight, Pearson said 2021 is the target for human-operated tests.

As far as pilots go, Pearson said there’s been interest from race car drivers, pilots of all kinds, and beyond to take the helm for projected 2022 racing. The plan is for Airspeeder to roll out its competition style iteratively, becoming more complex as the concept is proven. It’ll start out with time trials, then move to drag races, pursuit races, duel-style circuit races, and eventually lead to a full grid traditional race.

As the field becomes more packed, you may worry that two Airspeeders could collide and crash. This isn’t the case, as a virtual bubble will surround each multicopter and gently nudge competitors out of the way at a safe distance — kind of like repelling magnets — to avoid contact with other racers, or the ground. Think of it like Star Trek’s Enterprise raising its shields, providing a big invisible bubble around the ship. Every time one bubble bumps into another, they’re bounced in the opposite direction keeping everyone out of harm’s way.

The events themselves will be held in deserts, over water, and in places far from large structures that can turn a lightweight multicopter into dust. As far as viewing goes, Airspeeder said in a follow-up email “part of the vision is for fans to enjoy the same sort of breadth of choices that fans of eSports have.”

Pearson remained tight lipped on who’ll be running Airspeeder teams in the future, but a mix of tech companies, automotive, and, well: “You’ll probably recognize are people who have had Formula One and other top-tier motorsport teams.”

The future, it seems, is rapidly becoming the present, and behind the scenes the worlds of technology, motorsport, aviation, and automotive are getting ready to put on a hell of a show. Perhaps, much as it seems strange to imagine a world without smart devices today, one day we’ll find it bizarre that there was a time before flying cars.