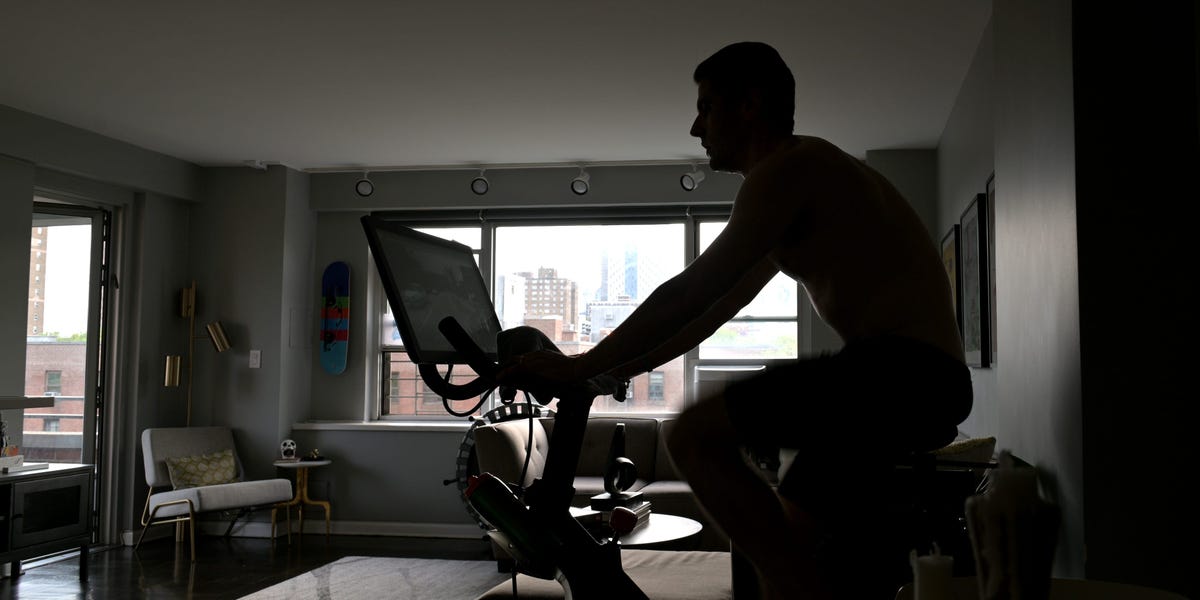 After a rough month of tumbling shares and internal company struggles, Peloton’s stock surged more than 30% on Friday after The Wall Street Journal reported several potential buyers, including Amazon, are eyeing a possible deal.

The publication reported that Amazon has spoken to advisors about a potential acquisition, though an arrangement is neither guaranteed nor imminent. Peloton is working with its own advisors as well, according to The Journal report.

Other possible buyers are also looking at acquiring the exercise-equipment creator, whose market value plummeted from nearly $50 billion last year to a current value of around $8 billion.

A spokesperson for Amazon declined to comment, and Peloton did not immediately respond to Insider’s request for comment.

The stationary-bike maker is not conducting a formal sales process, but interest in the company is growing, especially after Blackwells Capital, an activist group with less than 5% stake in the company, publicly pressed Peloton to consider selling. The investor also urged the company to fire Peloton CEO James Foley in the midst of a late-stage pandemic slump.

The company has yet to publicly respond to Blackwells’ letter.

Peloton saw booming success at the start of the pandemic, as customers stuck at home enjoyed its expensive equipment and virtual classes. But negative news reports, price hikes, and layoffs have plagued the company in recent months.

Despite the company’s apparent challenges, partnering with Peloton could offer Amazon or another buyer a trove of loyal customers and their data, as well as an “in” to the booming health and wellness technology market. Peloton subscriptions could also theoretically pair with Amazon Prime memberships as part of the tech giant’s service-bundling approach.

But according to The Journal, a deal without Foley’s approval could be difficult, as the chief executive, along with other insiders, control more than 80% of the company’s voting power.