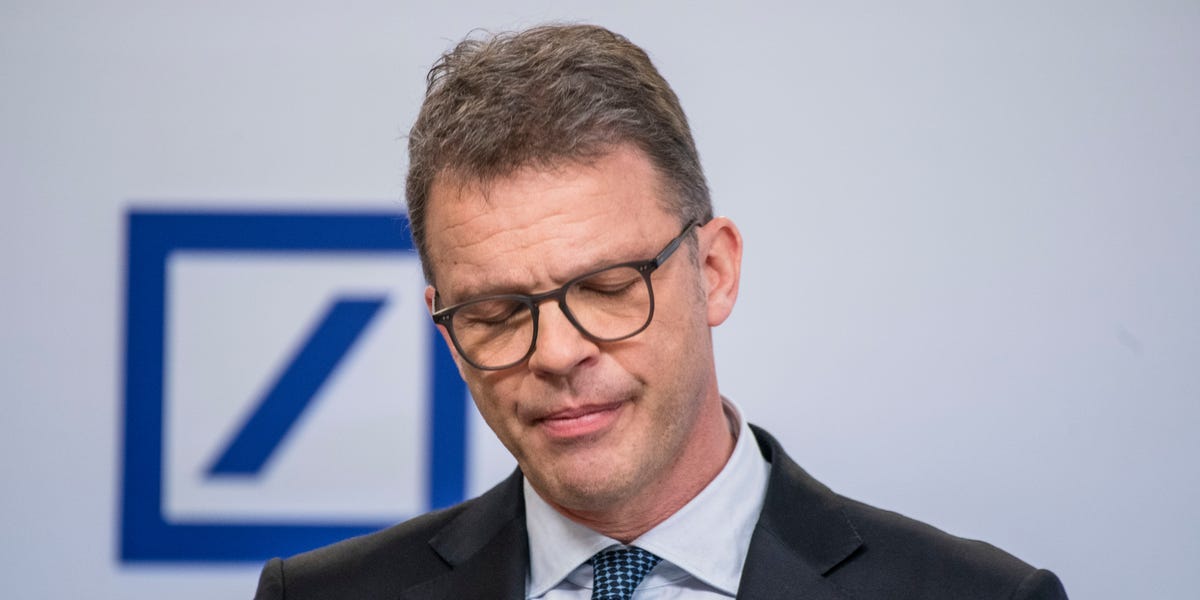 Employee exits at Deutsche Bank aren’t a new phenomena — there’s been a steady stream of them since the struggling firm announced last summer it would cut 18,000 jobs and sell off its stock-trading business as it tries to stem billions in losses.

At least initially, Deutsche executives planned to not only spare its profitable investment-banking business lines in the US, but to lean into them.

But the credit-trading group, a perennial top competitor which includes the firm’s vaunted distressed-debt desk, has experienced a rash of departures in the US in 2020 as executives angled to cut costs and squeezed compensation, according to conversations with six sources familiar with the firm’s trading operations who spoke on the condition of anonymity.

The defections have left the firm short-handed during one of the most active and volatile credit-trading markets in the past decade — one in which competitors are producing record-breaking fixed-income trading results.

Employees began heading toward the exits in late March, shortly after year-end compensation was revealed and paid out.

Matt Weinstein, the US head of the distressed-credit trading, was poached by Morgan Stanley around the end of March. Weinstein spent 12 years at the bank, and is widely viewed within the industry as one of the top sell-side distressed traders — Goldman Sachs tried to lure him away a couple years ago, but Deutsche Bank convinced him to stay put.

Three more from the distressed group, normally a team of roughly a dozen traders and research analysts, left for top buy-side firms around the same time or shortly thereafter, according to people familiar with the matter.

In all, the desk — which has for years been a top performer at the German lender — has lost 25% of its headcount.

“This is the part I find difficult for them. This is the area that’s supposedly making money,” one industry source said.

Other credit desks at the firm saw departures around the same time as well.

Steve Feinberg, head of IG credit, resigned from the bank Friday, Business Insider reported after the initial publication of this story.

Comp was squeezed in the firm’s top trading group

Deutsche Bank’s US operations have been under scrutiny from both investors and regulators for years.

The Federal Reserve Bank of New York has been hammering the institution for regulatory and compliance weaknesses since 2014, and just this March the agency sent the German bank a letter lambasting the firm for its “troubled condition” and for failing to address concerns, the FT reported.

Some investors had thought the entire US investment bank was on the chopping block when the restructuring was announced last July.

But unlike its stock-trading business, Deutsche’s credit-trading group has been a reliable moneymaker, consistently duking it out with JPMorgan and Bank of America for top-3 honors in Coalition’s global league tables — even as scandals and legal costs piled up and the bank’s stock price sank.

The prospect that the group might be protected from cost cutting — a notion espoused by fixed-income trading chief Ram Nayak in the days after the firm’s reorg was announced — started to crack last fall when the axe fell on dozens within the broader fixed-income trading division, carrying away execs like John Pipilis and Paul Huchro in the process, according to reports from Bloomberg.

But even within the firm’s debt-trading division there are significant disparities in performance, and the cuts in September targeted struggling areas, such as the bank’s Latin America credit-trading group.

Unlike JPMorgan and Bank of America, Deutsche Bank isn’t a significant underwriter of corporate bonds. Whereas those firms generate massive revenues from investment-grade and high-yield bond trading — they can sell the bonds they’ve underwritten and issued to institutional investors, generating volume and creating sticky trading relationships — Deutsche Bank underwrites more loans and commercial real-estate, and it has historically relied on its distressed desk, a murkier corner of Wall Street, to churn out profits.

Distressed-credit teams make markets in bonds and loans trading at discounted prices, as well as bankruptcy claims, litigation events, and other more complex and special situations. They often rely as much on sharp research analysts as they do savvy trading to suss out winning bets.

“On the credit side, historically, even going back years, distressed was their big bread-winner, and they also did good in par loans,” one source familiar with the credit-trading division said.

The distressed team had a down year by its standards in 2019 — it produced tens of millions of profits in a strong first half of the year, but a more challenging run in the second half clawed those winnings back and the team ended up flat for the year, according to accounts from several sources.

But amid the firm’s restructuring, even the most reliable and consistent businesses in credit, including loans and distressed trading, have been squeezed in 2020, the sources said. When the firm’s bonus cycle arrived in late February, managers slashed compensation — even for desks with strong performance in 2019.

“Management made pretty draconian decisions around year-to-year numbers irrespective of platforms and longevity and businesses that were working,” one source familiar with the division’s recent compensation cycle said, adding that the strategy “seems shortsighted.”

That’s not the only aggressive step the bank has taken to save money in recent months. In May, it asked several hundred of the bank’s senior leaders to voluntarily take a one-month pay cut amid the fallout from the coronavirus.

The February compensation decisions may have spurred some employees to jump ship. Others in less-profitable corners of the credit division, or who were struggling in 2020, may have simply jumped knowing their prospects were brighter at a different platform and that compensation for this year looked bleak as well.

Park, who is based in Los Angeles and reported to Chang, left the high-yield desk in January before bonus season to join the hedge fund Pinelands Capital Management.

The departures have left some gaping holes, sources said.

The high-yield team is shorthanded, especially in senior trading experience, following the exits, though Stephen Deletto, a veteran ex-Bear Stearns trader who joined Deutsche last year after the hedge fund Kildonan Castle shut its doors, is straddling the distressed and junk-bond teams at the moment. The desk also has a director, VP, and two junior traders, the sources said.

Most distressed desks struggled in the first quarter of 2020 amid the upheaval in credit markets from the coronavirus — one industry source pegged the year-over-year revenue decline at more than 30% across the sell-side.

But while some firms have recovered in the intervening months, Deutsche Bank’s performance has lagged behind. That’s in part because reduced balance sheet and risk-taking firmwide hampered the distressed desk’s ability to capitalize on the sharp market rebound in the second quarter and defray the significant losses from the first quarter, according to a source familiar with the performance.

It’s not clear how the team’s positions have performed in the weeks since.

Despite its myriad struggles in recent years, Deutsche has remained competitive in recruiting talent. That’s in part because the firm remains a significant player in some business lines, but it’s also known for paying higher base salaries than peers.

The firm is actively searching to hire traders in distressed, high-yield, and investment-grade credit to fill some of the recent vacancies, according to sources familiar with the efforts.

Deutsche has added senior talent in recent months as well, especially for its investment-grade bond-trading team. Mark DeSplinter joined from Citi in June to run US index and single-name credit-default swap trading, while Igor Pavlov was hired in May from the hedge fund Centiva Capital to trade fixed-income ETFs.

The bank has seen improving performance in IG this year, a source close to the firm said. Several sources cited Mir Subjally, who trades Yankee banks and insurance firms and who was up over $40 million midway through the year, as a bright spot and rising star on that team.

High-yield has long been a struggle. But the firm has shifted strategies there of late.

Sean Murphy, who for years ran leveraged finance and now coheads capital markets, was also given responsibility over sales and trading for junk-bonds and leveraged loans in the US back in April in order to foster more collaboration, according to an internal memo from April viewed by Business Insider.

“The location of trading books and reporting lines within High Yield and Loan sales and trading will remain unchanged, while the leadership of these businesses will add an additional line into Sean,” the memo reads in part.

“The sub-investment grade debt complex has been a highly successful part of our US franchise for many years and we believe that coordinating this more closely as a complex under Sean will ensure it will remain successful for many years to come.”

Given the competitive pressures at play and disadvantages, some were skeptical about the firm’s junk-bond trading prospects.

“The high-yield business has always been in retreat mode,” a source familiar with the trading operation said.

Have a tip? Send internal memos or intel about strategic shifts, personnel moves, or other changes at Wall Street investment banks to the author at [email protected] or via secure chat on Signal, Telegram, or WhatsApp.