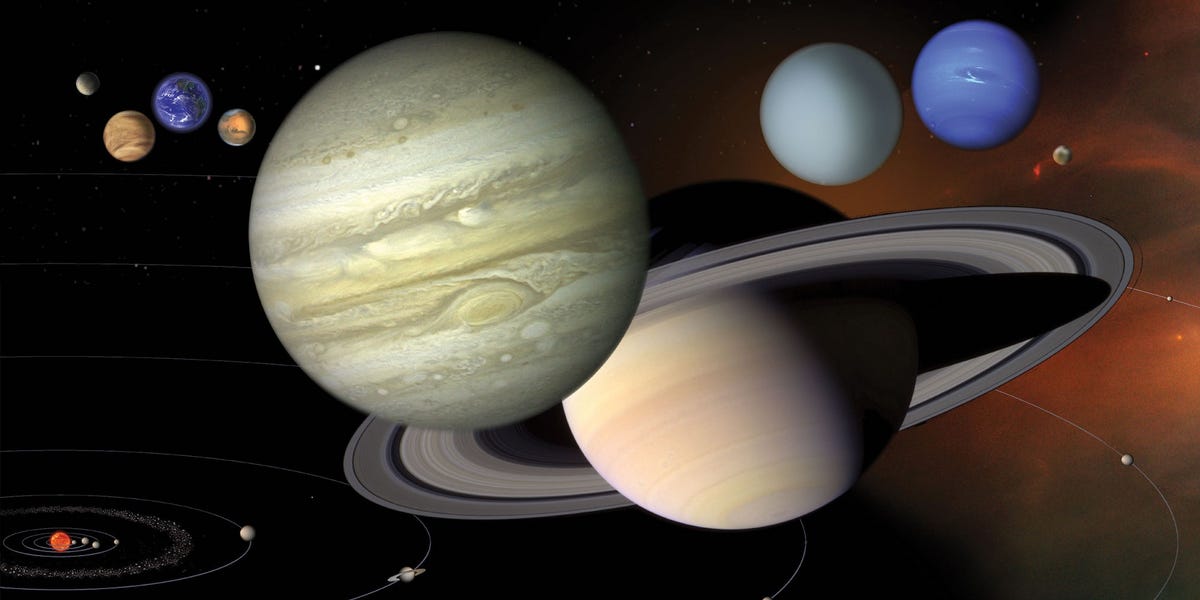 It’s common knowledge that the sun is the center of the solar system. Around it, the planets orbit — along with a thick belt of asteroids, some meteor fields, and a handful of far-traveling comets.

But that’s not the whole story.

“Instead, everything orbits the solar system center of mass,” James O’Donoghue, a planetary scientist at the Japanese space agency, JAXA, recently explained on Twitter. “Even the sun.”

That center of mass, called the barycenter, is the point of an object at which it can be balanced perfectly, with all its mass distributed evenly on all sides. In our solar system, that point rarely lines up with the center of the sun.

To demonstrate this, O’Donoghue created the animation below, which shows how the sun, Saturn, and Jupiter play tug-of-war around the barycenter, pulling our star in looping mini-orbits.

In his free time, O’Donoghue makes animations to show how the physics of planets, stars, and the speed of light work.

The sun’s movement is exaggerated in the video above to make it more visible, but our star does circle millions of kilometers around the barycenter — sometimes passing over it, sometimes straying away from it.

Much of that movement comes from Jupiter’s gravity. The sun makes up 99.8% of the solar system’s mass, but Jupiter contains most of the remaining 1.2%. That mass pulls on the sun ever so gently.

Within the solar system, planets and their moons have their own barycenter. Earth and the moon do a simpler dance, with the barycenter remaining inside Earth. O’Donoghue made a video of that, too:

The animation also shows how the Earth and moon will move over the next three years, in 3D. (The distance between Earth and the moon is not to scale.)

Pluto and its moon, Charon, do something similar, but with a unique twist: The barycenter is always outside of Pluto.

So, every planetary system orbits an invisible point, including the star or planet that appears to be at the center. Barycenters sometimes help astronomers find hidden planets circling other stars, since they can calculate that the system contains mass they can’t see.

“The planets do orbit the sun of course,” O’Donoghue said. “We are just being pedantic about the situation.”