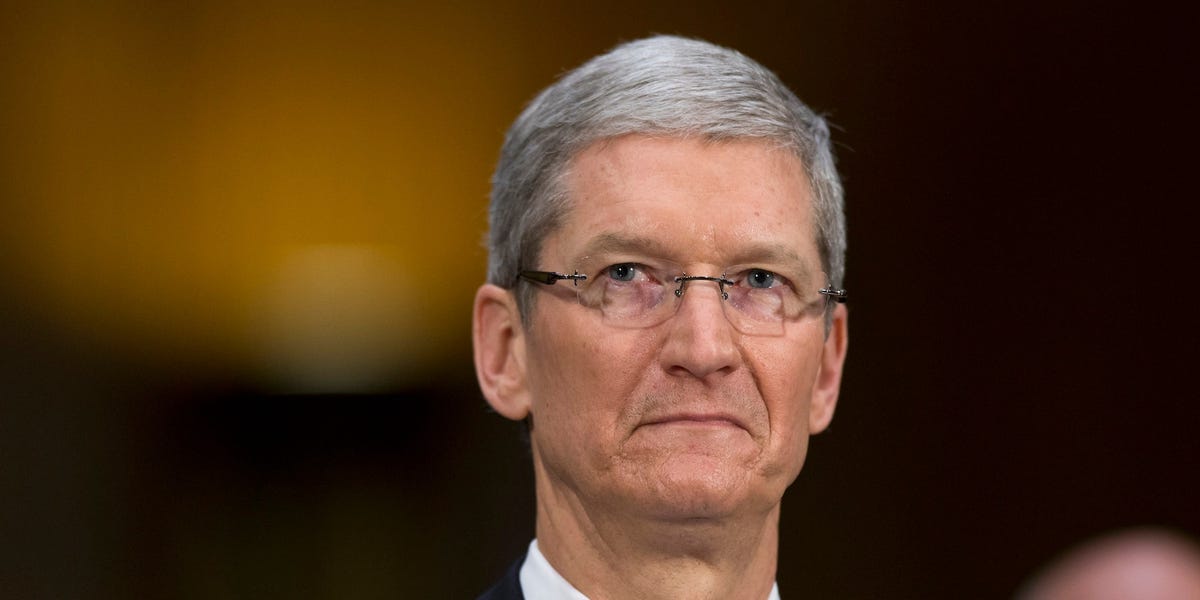 Apple CEO Tim Cook is set to appear before Congress to testify alongside CEOs from Amazon, Google, and Facebook in an unprecedented antitrust hearing for the tech industry next week.

For the iPhone maker, its all-important App Store is expected to be at the heart of lawmakers’ concerns.

Apple’s App Store has come under scrutiny over the past year as developers and lawmakers have raised concerns about whether the company’s position as the operator of the App Store gives it an unfair advantage.

That tension is likely to culminate in the upcoming hearing, which is a critical part of the House Judiciary Antitrust Subcommittee’s investigation into whether the digital platforms offered by these companies are harming competition in the industry. The hearing was initially scheduled for Monday, July 27 but has been postponed. Axios reported that the new date for the hearing is Wednesday, June 29.

Apple’s services segment, which includes revenue generated from the App Store, is a critical part of Apple’s business, helping to offset slowing iPhone sales. Revenue from services hit an all-time record in the company’s fiscal second-quarter of 2020, growing by 16% compared to the same quarter one year ago. Sales of iPhone, meanwhile, were down roughly 7% versus the same quarter one year ago.

The concerns around the App Store are centered on Apple’s policy of taking up to a 30% commission from transactions made through the Apple Store. But it’s not just the rate alone that’s inviting controversy — it’s the fact that Apple offers its own services that are similar to those offered in the App Store. And since Apple doesn’t have to pay a commission rate to make its premium services available on iPhones,  some app makers, like Spotify, have argued that it’s more difficult for them to price their offerings competitively.

“You have hundreds of thousands of developers, millions of developers, that the regulators are thinking about,” Gene Munster, managing partner at Loup Ventures and a longtime Apple watcher, said to Business Insider.

Apple has not made any public statements about what Cook’s testimony will entail. But the company has made clear its stance that the App Store commission rates are fair and that the platform welcomes competition. The biggest evidence of this came earlier this week when economic consulting and strategy firm Analysis Group published an Apple-commissioned study showing that its App Store rates match those of other online marketplaces.

It’s a sign that Apple is wielding the tools it has at its disposal — which in this case includes funding research — to downplay antitrust concerns.

Daniel Ives, an analyst with Wedbush Securities, called this a “preemptive strike” ahead of the hearing.

“As we go into the congressional hearings, there’s going to be a laser focus on that App Store stronghold,” he told Business Insider.

Among the biggest questions surrounding the hearing isn’t what the regulators will bring up — it’s whether any action will be taken that requires Apple or the other involved companies to change their businesses. If any action is taken, there’s no way to really know what that could look like for Apple.

But some analysts have offered speculation on what types of regulations could be imposed to address antitrust concerns around the App Store. Tom Forte, a senior research analyst at D.A. Davidson, mentioned the possibility of Apple granting third-party services more access to its platform. Apple recently made some changes in this area by allowing iPhone owners to change the default web browser and email options in iOS 14, its next major iPhone software update.

In one extreme scenario, regulators could impose a new standardized pricing structure for app stores across the industry, Munster said.

Apple also has an advantage that could be beneficial in this situation compared to Google and Facebook: its reputation. While companies like Facebook and Google have come under scrutiny about the way they handle, manage, and protect consumer data, Apple has dodged such criticism. The company has used public hearings to remind consumers that it does not rely on advertising-driven business model and therefore argues it has no interest in collecting consumer data.

“I think the general consensus is that Apple is a stronger steward of personal privacy,” Robert Muller, an analyst for RBC Capital Markets, said. “So maybe that is one area that can help them out.”

Regardless, experts seem to think its unlikely that the industry will see a change anytime soon.

“I think there’s a light year gap between a hearing and actual changes,” Munster said. “I suspect that this is something that’s going to continue to be talked about, but ultimately, I don’t think there’s going to be any change.”