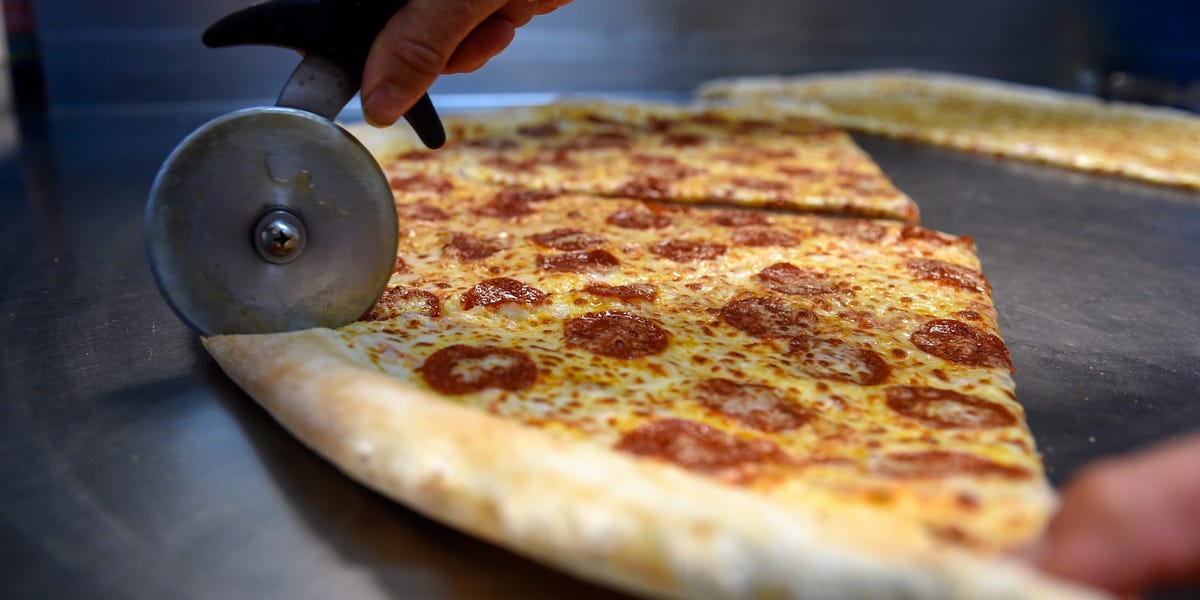 This moment in history feels like it may represent a low ebb in the ability of all manner of negotiators — individuals, businesses, regulators, politicians and countries —  to find common ground.

This makes the publication of Barry Nalebuff’s lively and elegant new book, “Split the Pie: A Radical New Way to Negotiate,” particularly timely.

Although the book is unlikely to resolve all the myriad impasses caused by our increasingly polarized world, it does provide some tools and frameworks that may just keep parties talking a little longer. In the current environment, that would represent meaningful progress.

Nalebuff has plenty of street cred when it comes to negotiations.

In addition to teaching negotiations at Yale and online for years, he has advised a variety of private parties, including the NBA, on negotiations, and even navigated the sale of his own startup, Honest Tea, to Coca Cola.

His approach is deceptively simple: Calculate the incremental benefits created by an agreement — what he calls “the pie” — and share those equally. The actual computation of the size of the pie requires the parties to add together the value available to each of them without a deal (also known as the “Best Alternative to a Negotiated Agreement” or BATNA) and compare it to the total value available with a deal.

Although this may seem intuitively obvious, “Share the Pie” does a great job of demonstrating both how infrequently this approach is actually used and what a bad job many of the more popular mechanisms for splitting the benefits of an agreement really do.

For instance, sharing benefits on a pro rata basis is often used as a default, but this fails to recognize that each party — regardless of its relative size — contributes exactly the same amount of the incremental value created. Without either of the parties, no pie is created, but together the full pie materializes. It’s hard to articulate a principled basis for not sharing the benefits equally.

Despite the provocative subtitle, Nalebuff’s approach is neither radical nor new. Boards of Directors have been analyzing how the synergies in proposed combinations — the pie available in M&A transactions — are being split between parties for decades.

But by organizing the entire negotiating process around maximizing the size of the pie and ensuring a fair distribution of benefits, “Split the Pie” increases the chances the negotiations will be constructive and result in an outcome that satisfies both of the parties.

This is the real value of Nalebuff’s approach.

Its intuitive fairness and apparent symmetricity makes establishing it upfront as a framework for discussions relatively uncontroversial. Once agreed, it avoids debate over extraneous emotional factors that frequently derail agreements. There will remain any number of topics that will be the subject of heated dialogue — notably, the size of the pie and the respective parties’ BATNAs — but this improves the odds that they will be speaking the same language and not talking past each other.

Nalebuff argues throughout that parties should generally avoid taking more than half the pie, even when they can get away with it by withholding information, making ultimatums or similar schemes. He acknowledges that, in his experience, “some strange disorder takes over” even “smart, empathetic and principled” parties who somehow can’t help turning into a “caricature of a tough guy negotiator.”

But beyond describing using such aggressive tactics as “a dangerous strategy” and warning that “you might have trouble looking at yourself in the mirror,” Nalebuff is not terribly convincing that trying to get more than half the pie won’t be the norm.

In Robert Axelrod’s 1984 classic, “The Evolution of Cooperation,” he identifies a variety of strategies to combat the structural and psychological tendencies to pursue short-term benefits at the expense of maximizing the overall size of the pie. The most important of these relate to ways of creating long-term effects from short-term decisions.

“Split the Pie” makes a similar point when it highlights that “reputational concerns reinforce the incentive to split the pie.” But in a culture that is increasingly transactional, it feels like relying on enduring relationships and reputational concerns is wishful thinking.

Nalebuff identifies a larger theme of his book as the importance of being “on the lookout for default splits of the pie that come from tradition, regulations, proportionality or misguided equality.” But without changes to our culture and institutions, I fear Nalebuff’s exhortation to eschew “opportunities to get more than half the pie” will go unheeded.

“Split the Pie” is a valuable practical addition to the extensive literature on applied game theory as well as being a useful guide to a wide range of one-off negotiations. More structural work remains to be done, however, before we can expect its more aspirational objectives to be achieved.

Jonathan A. Knee is a professor of professional practice at Columbia Business School and a senior advisor at Evercore. His most recent book is “The Platform Delusion: Who Wins and Who Loses in the Age of Tech Titans.”