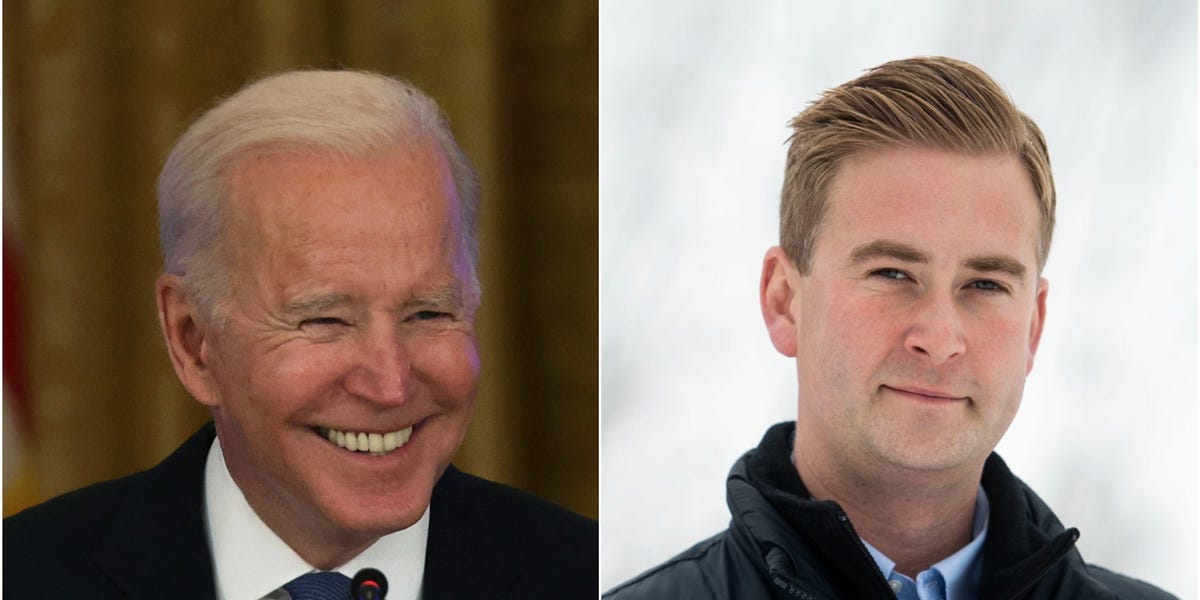 “Do you think inflation is a political liability ahead of the midterms?” Doocy called out to the president as reporters exited a meeting of the White House Competition Council.

He continued, “What a stupid son of a bitch.”

The White House did not respond to Insider’s request for comment, while a spokesperson for Fox News directed Insider to Doocy’s comments on the channel later in the day.

After the exchange, Doocy said on “The Five” that he wasn’t initially aware of the president’s insult and made light of the exchange.

“I couldn’t even hear him because people were shouting at us to get out, but somebody came up to me in the briefing room a few minutes later and said, ‘Did you hear what the president said?’ And I said, ‘No, what?’ And they said, ‘He called you a stupid SOB,'” he recounted.

When Fox News host Jesse Watters later joked that Doocy was indeed an “SOB,” Doocy responded, laughing, “Yeah, nobody has fact-checked him yet and said it’s not true.”

Biden later called Doocy to apologize for the remark, according to CNN’s chief White House correspondent Kaitlan Collins. Doocy told Fox News that the president reached out to him within an hour of the exchange and that the two “had a nice call.”

“He cleared the air and I appreciate it,” Doocy said.

By one popular measure, inflation in the US hit a 40-year high in December, with ongoing labor shortages and supply-chain bottlenecks helping to push prices up across the board for goods like groceries, gas, and housing — and erasing many of the wage gains that workers experienced in the past year. Rising inflation is among the reasons Sen. Joe Manchin of West Virginia has come out against Biden’s $2 trillion social- and climate-spending bill, dealing a blow to the party’s efforts to enact the centerpiece of their economic agenda.

Democrats are increasingly anxious that worsening inflation will cause voters to punish them at the ballot box in November.

Doocy, representing the politically conservative Fox News, has frequently sparred with the White House during his tenure as a reporter. During a press conference last week, the president called on Doocy and said, sarcastically: “You always ask me the nicest questions.”

“None of them make a lot of sense to me, but fire away, come on,” Biden added.

Doocy also often gets into tense exchanges with the White House press secretary, Jen Psaki, during her televised briefings. But the reporter had said before Monday that he felt respected by the Biden White House.

“It never feels like I’m getting smacked down or vice versa,” Doocy told The New York Times of his public exchanges with Psaki in September. “I understand why it looks like that, some of the ways that stuff gets clipped, but it doesn’t feel like that in the room.”

Psaki has also characterized her interactions with Doocy as “entirely professional” and has said there’s an element of performance in Doocy’s briefing-room questions.

“My engagement with him, people don’t always see this, but outside the briefing room, it is entirely professional and entirely, hopefully, responsive,” Psaki told Mediaite in August. “There’s a performative component from the TV side of the briefing room.”

In a particularly heated July exchange, Psaki called a question from Doocy about the administration’s efforts to crack down on vaccine misinformation “loaded and inaccurate,” and Psaki called Doocy “irresponsible” in August for claiming that American citizens were “stranded” in Afghanistan amid the American withdrawal.