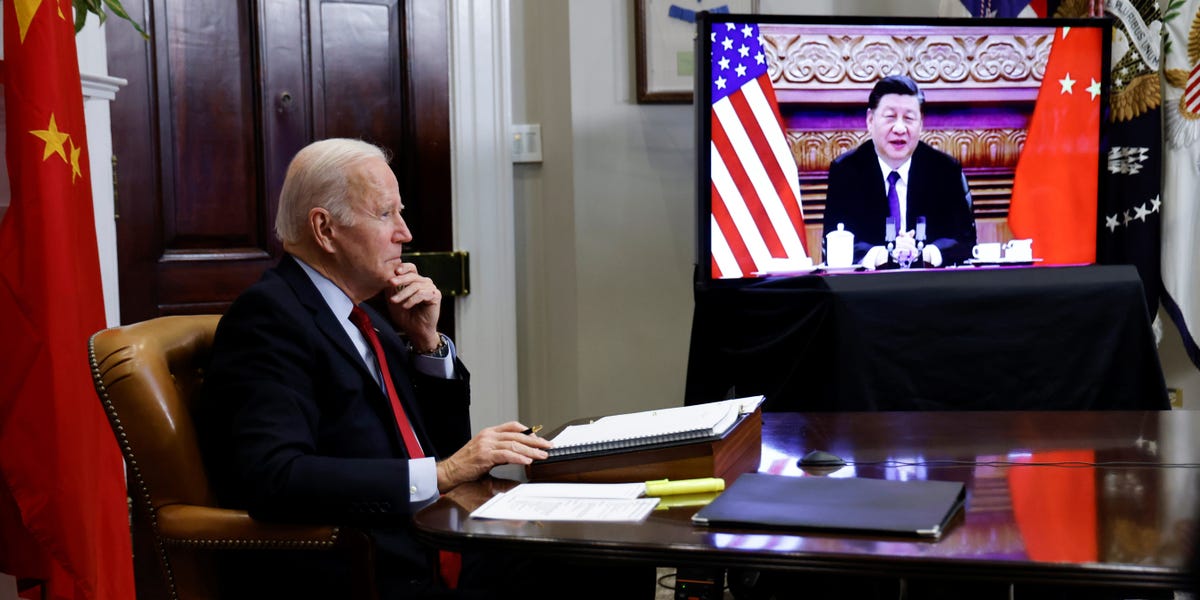 President Joe Biden warned Chinese leader Xi Jinping on Friday about the “consequences” China will face if it offers “material support” for Russia in its war in Ukraine.

“President Biden detailed our efforts to prevent and then respond to the invasion, including by imposing costs on Russia. He described the implications and consequences if China provides material support to Russia as it conducts brutal attacks against Ukrainian cities and civilians,” the White House said in a readout of the two leaders’ call that lasted just shy of two hours.

The statement is not specific about what those consequences could entail. China previously said it wants to avoid being tangled up in US sanctions on Russia. There would be immense pressure to sanction China directly if Beijing were to provide weapons or aid to Russia. But US and China are much more closely connected than the US and Russia, which could make imposing such sanctions extraordinarily difficult.

Beijing began to release its side of the call before Biden and Xi even finished speaking. A foreign affairs spokesperson largely reiterated what has become China’s fine line of decrying violence in Ukraine without forcefully condemning Russia.

“The more complex the situation, the greater the need to remain cool-headed and rational. Whatever the circumstances, there is always a need for political courage to create space for #peace and leave room for political settlement,” Hua Chunying, an assistant minister of foreign affairs, wrote on Twitter.

Before Friday’s call, Secretary of State Antony Blinken said that the US was “concerned” about China following through with assistance.

“We’re concerned that they’re considering directly assisting Russia with military equipment to use in Ukraine,” Blinken told reporters. “President Biden will be speaking to President Xi tomorrow and will make clear that China will bear responsibility for any actions it takes to support Russia’s aggression, and we will not hesitate to impose costs.”

Their conversation took place as Russia reportedly pressures China to help with its war. CBS News previously reported that Moscow asked Beijing for military aid and equipment as the Kremlin encounters fierce Ukrainian opposition. Xi and Russian leader Vladimir Putin met during the 2022 Winter Olympics and released a joint statement in which China backed Russia’s opposition to further NATO expansion. It has also been rumored that Xi asked Putin to delay any invasion until after the games, but China has staunchly denied any such deal.

Facing competing interests, China has muddled through its response to Russia’s invasion. It has not explicitly endorsed Putin’s war, but it has also opted against joining the international sanctions coalition that has devastated the Russian economy.

“Conflict between Russia and Ukraine does no good for China. Had China known about the imminent crisis, we would have tried our best to prevent it,” China’s ambassador to the US, Qin Gang, wrote in a Washington Post op-ed last weekend.