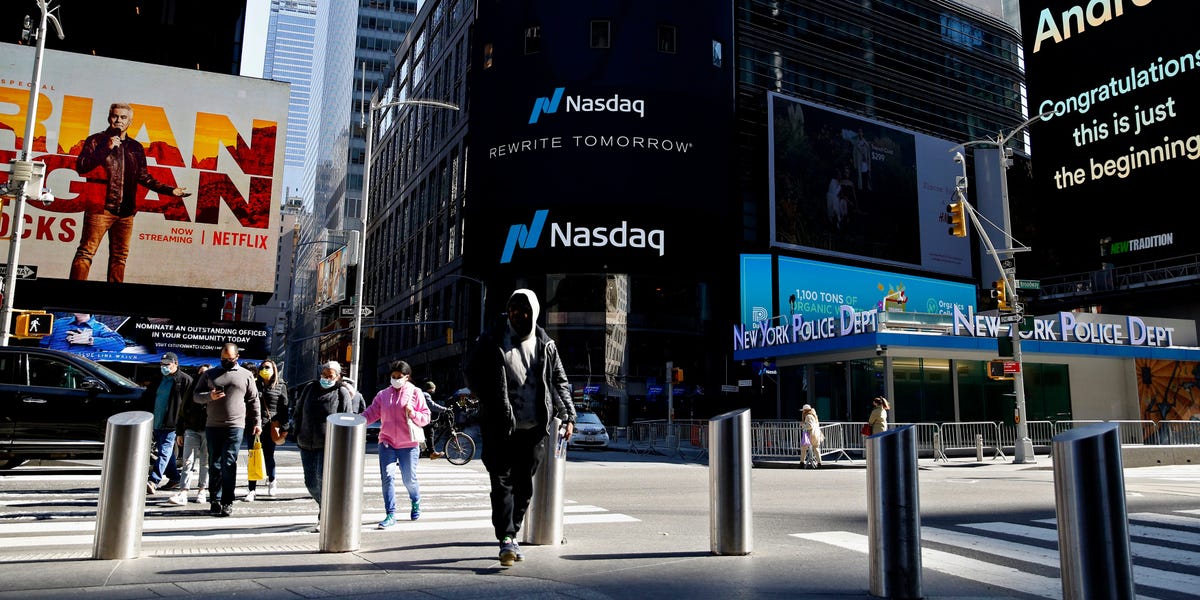 BlackRock looks after around $10 trillion of assets, so any change in its outlook for the stock market is must-know information for investors.

Money managers are wrestling with an incredibly complex set of global events at the moment as they weigh-up how to allocate client cash.

With at least 80% of investment returns determined by asset allocation – the proportion of your portfolio in each asset class –  rather than which particular stocks you pick, getting it right is essential.

policy to geopolitical shocks like the Ukraine conflict, the BlackRock Investment Institute’s global chief investment strategist Wei Li has a lot to weigh-up as she and her colleagues consider asset allocation strategy.

In an interview with Insider, Li said BlackRock has this week upgraded its outlook for developed market equities, the majority of which are US stocks.

“This week we are putting out changes that are integrally relevant for our view on the US market. We upgraded developed market equities to plus two on a scale of minus three to plus three, and we downgraded global credit.”

“The reason for this view change is that we believe one of the biggest risks for markets and the macro environment as we entered 2022 has been decreasing in light of geopolitical developments.”

Li explained that the economic headwinds stemming from the conflict in Ukraine have cut the chances of central banks like the Federal Reserve “slamming on the brakes to curb inflation.”

In other words, there’s less chance of the Fed or European Central Bank raising rates as hard and fast as some had earlier expected. Strong company earnings are also a notable development contributing to the outlook change.

“That is exactly the reason why we entered 2022 lowering our risk budget, but now we see central bank related hawkish pricing getting unwound,” Li said.

“We have a tactical horizon of six to twelve months in mind. If you think about the fundamentals of developed market equities as they apply to the US and to some extent in Europe as well,  earnings pictures continue to be really robust. We’re talking about really healthy earnings and this very much suggests we have healthy corporate pricing power.”

Li added that while near-term uncertainty is elevated due to the war, investors will be well served by applying a dollar cost averaging approach to slowly build up developed market equities allocations throughout 2022.

She also explained that the establishment of a consensus on inflation being driven primarily on the supply side of the economy due to pandemic-related supply chain disruption is also likely to keep pushing the Federal Reserve towards the dovish side of the argument.

“It’s very true that we have high inflation numbers in the US and Europe but the inflationary environment that we’re in right now in our view is very much driven by supply bottlenecks,” she said.

This relatively positive picture is not without a few clouds on the horizon though and Li sees a couple of major risk areas that could prompt a sharp rethink on the stock market’s prospects.

She pointed to the “highly unpredictable nature of the war and humanitarian tragedy in Ukraine” as the most obvious near term risk that could prompt a re-rating of equities.

Less obvious perhaps is the chance of stagflation rearing its head. This is a highly undesirable macro situation, whereby high inflation persists despite there being little, or no, economic growth. It was seen during the economic slump of the 1970s.

“That is not our expectation, but has been a big risk factor in our overall framing,” Li said. “We believe that this environment is very different from the seventies environment though. But the risk is there because I hear it’s being brought up more in my conversations.”

Li also noted that BlackRock produces a regular “geopolitical risk dashboard.” The most recent iteration has the war in Ukraine rated as the number one risk, unsurprisingly. It also points to factors such as cyberattacks, terrorist attacks, a fresh rise in US – China tensions, and the possibility of emerging market political crises as the top risks for investors to watch out for.