Boris Johnson Minister Sacked Because She Was a Muslim, She Says 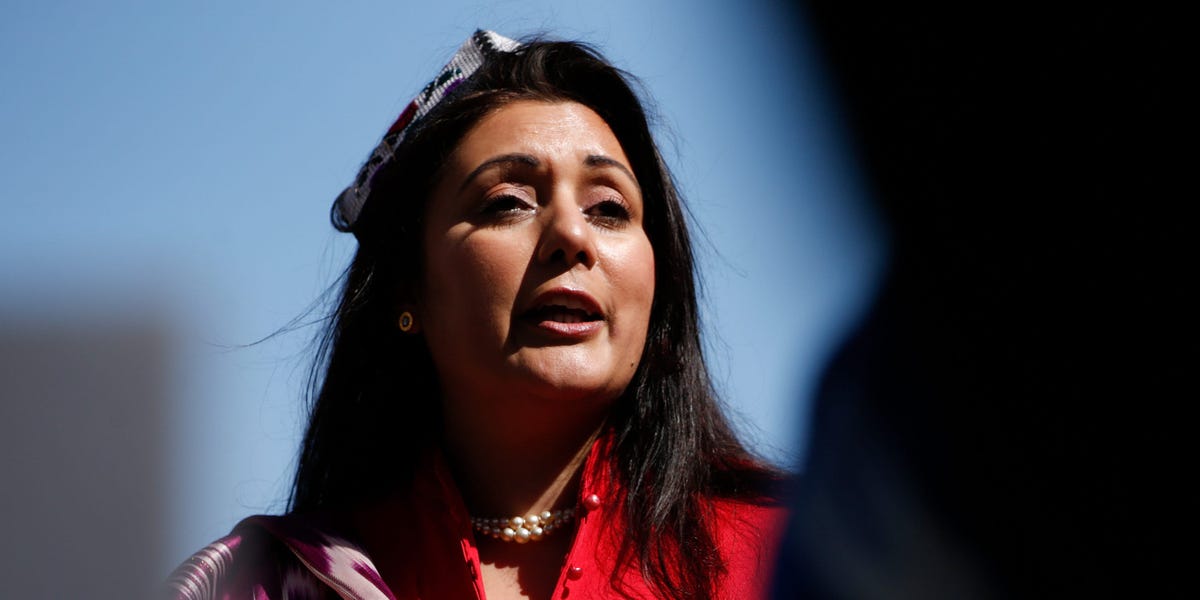 A Conservative MP has said that she lost her ministerial position in Boris Johnson’s government due to her “Muslimness,” The Sunday Times reported..

Nusrat Ghani, who in 2015 was the first Muslim woman to be elected a Tory MP, was removed from her role as transport minister in a Cabinet reshuffle in February 2020. She said that a whip told her her “Muslimness was raised as an issue” by people in 10 Downing Street, where they noted her “Muslim woman minister status was making colleagues feel uncomfortable.”

The Sunday Times reported Ghani said these comments felt  “like being punched in the stomach. I felt humiliated and powerless.”

The paper also reported these comments made Ghani debate whether or not she wanted to stay in her position as an MP, saying, “I will not pretend that this hasn’t shaken my faith in the party.”

Writing on Twitter, chief whip Mark Spencer identified himself as the person these comments allegedly came from but said, “These accusations are completely false and I consider them to be defamatory.”

Spencer initially wrote these comments on Twitter, deleted them, and then republished them.

An end to a tumultuous week for the PM

These comments have come at the end of a week of political turmoil for Boris Johnson, as a number of letters have been sent to the Conservative party’s 1922 committee — of which Ghani is a vice-chair — calling for a vote of no confidence in the prime minister after it media reports that Johnson attended and supported regular parties at 10 Downing Street while the country was in a full COVID-19 lockdown.

Should the committee receive 54 letters, with speculations suggesting around 40 have currently been filed, a vote on the party’s trust in the prime minister’s fitness to lead will take place.

One MP told Insider’s senior political editor Catherine Neilan that they’re “not sure the [1922 committee] exec is full of FoBs — Friends of Boris,” as the MP suggested that the committee could organize a vote to hinder Boris’ chances at success.

“Whereas last time, it was organized to give [Theresa] May support, this time I suspect they are less minded to,” the MP, speaking on a condition of anonymity, added.

Islamophobia in the Conservative Party

It is not the first time allegations of Islamophobia have been raised within the Conservative party. During the Conservative leadership race of 2019 — which was subsequently won by Johnson — Savid Javid, the current health secretary, made all candidates vow to support an inquiry into Islamophobia in the party.

In May 2021, this inquiry into anti-Muslim sentiments within the party was published, finding that it “remains a problem” within Conservative Party.

The report also found that between 2015 and 2020, Two-thirds of all incidents reported to the Complaints Team at Party headquarters (“CCHQ”) related to allegations of anti-Muslim discrimination.

Boris Johnson himself has also come under fire after saying Muslim women who wear the burqa look like “letterboxes” and “bank robbers” when commenting on Denmark’s burqa ban.

In a statement sent to Insider, A No 10 spokesperson said, “After being made aware of these extremely serious claims, the Prime Minister met with Nusrat Ghani to discuss them. He then wrote to her expressing his serious concern and inviting her to begin a formal complaint process. She did not subsequently do so. The Conservative Party does not tolerate prejudice or discrimination of any kind.’