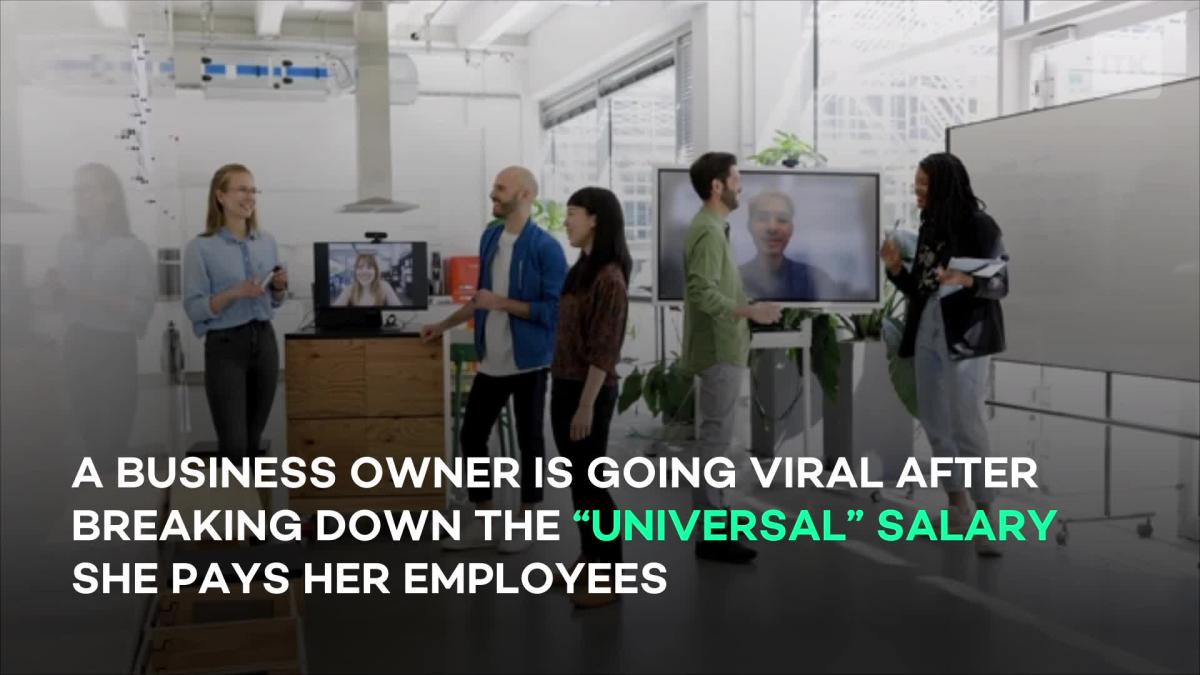 A business owner is going viral after breaking down the “universal” salary she pays her employees. In early April, Madeline Pendleton (@madeline_pendleton) posted a TikTok that got plenty of viewers talking. In it, she broke down how — and why — she pays every one of her employees the same salary, including herself. Pendleton is a 35-year-old influencer, podcaster and owner of Tunnel Vision, an L.A.-based clothing store. The shop, as her clip explains, has 10 full-time employees who all make $73,000 per year. She goes on to show that in 2020, the average CEO at a top-350 U.S. firm made $24.2 million, which is over 351 times more than the average American worker. Pendleton’s suggestion is to eliminate that disparity completely by paying a “universal wage”. As an experiment, Pendleton demonstrates what would happen if she paid her nine employees $16 per hour, which will soon be the minimum wage in Los Angeles. Those employees would make slightly over $33,000 a year, while she made over $430,000. This disparity, she points out, only gets wider at bigger companies. Many commenters praised Pendleton’s policy. “This is EXACTLY how you do it!” one user wrote