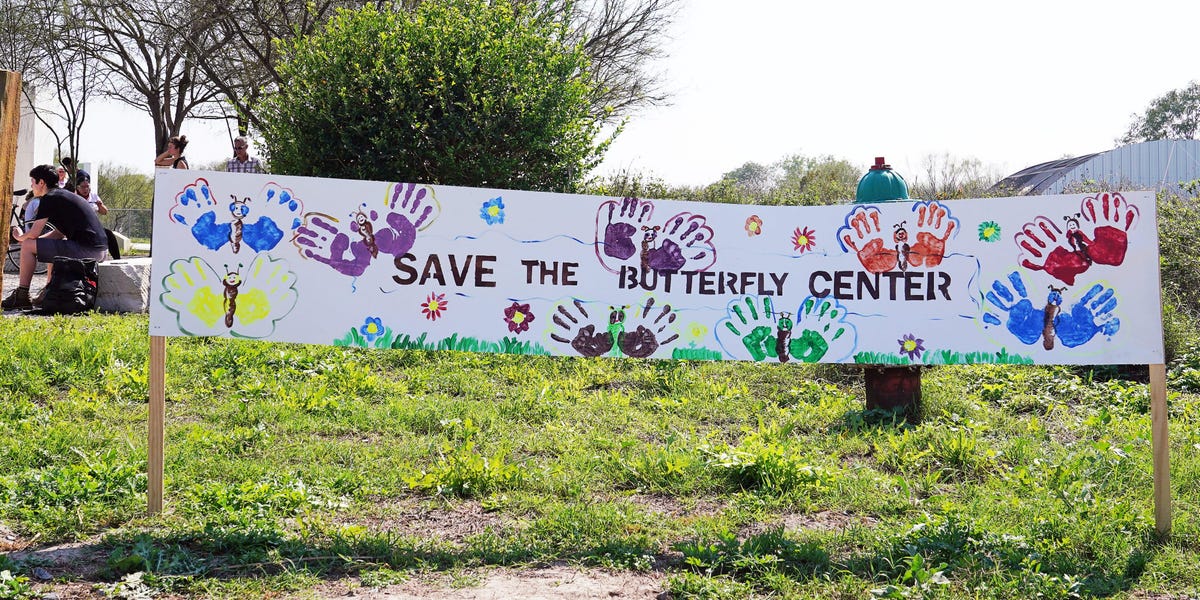 The National Butterfly Center in McAllen, Texas, was forced to shut down for three days, citing mounting threats linked to a pro-Trump border wall event and conspiracy theories from We Build The Wall founder Brian Kolfage.

“We are writing to let you know the National Butterfly Center will be closed Friday, Jan. 28 – Sunday, Jan. 30, due to credible threats we have received from a former state official,” center staff said in a notice on Thursday.

The border wall event is hosted by a slew of conservative organizations, including Women Fighting For America and Veterans for America First. Arizona Rep. Mark Finchem and former Immigration and Customs Enforcement Director Tom Homan are scheduled to attend. Tickets range in price from $10 to $2,500.

Retired Lt. Gen. Michael Flynn, former President Donald Trump’s pardoned national security advisor, is also set to speak at what We Stand America refers to as its “Take Action Tour,” according to its website.

One of the events, which We Stand America lists as an optional activity on Sunday, is a “Caravan to the border.”

“Join us as we head down to the unfinished border wall section where we will link arms and pray for our Nation,” the site reads.

In its notice, the butterfly center said a “former state official” told executive director Marianna Wright that the center “would likely be a stop” for the caravan and that Wright “and the center are targets.” The former official also told Wright she should be either away or “armed at all times” this weekend, according to the notice.

A spokesperson for the Mission Police Department confirmed to Insider on Friday that there was an ongoing investigation into the situation, but declined to elaborate further.

Kolfage — who, according to a ticket site, does not appear to be a speaker at this weekend’s event in McAllen — and Flynn did not immediately respond to Insider’s requests for comment.

The Butterfly Center and Trump supporters have clashed before

Conspiracy theories lobbed against the center — which the staff refers to in the notice as “malicious and defamatory lies” — are not new.

In November 2019, as Kolfage and We Build the Wall fundraised for the endeavor — which resulted in a tax fraud indictment for Kolfage and former White House chief strategist Steve Bannon — they sought to construct the wall near the center’s 100-acre butterfly reserve.

Local officials, the center, and a ProPublica and Texas Tribune investigation all raised concerns about the ecological soundness of the project, especially in proximity to nature reserves and the Rio Grande.

Kolfage turned his attention to the center, which stood near his fantasy wall’s path, and hurled a series of conspiratorial accusations at Wright, as well as other Rio Grande business owners and advocates who opposed the wall.

In November 2019, Kolfage tweeted at the center, baselessly claiming there was “rampant sex trade taking place on your property and the death (sic) bodies,” according to My Rio Grande Valley News.

A purported screenshot of another 2019 tweet showed Kolfage baselessly claiming, “The only butterflies we saw were swarming a decomposing body,” according to the center’s notice.

The notice also includes what it refers to as a “fake photo of rafts at our dock composed and disseminated by Kolfage & crew.” The photo appears to show a dock at a riverbank and includes the text: “The National Butterfly sham even has a dock for illegals who come by raft… nice welcome mat!”

According to the center notice, Wright was made aware of the We Stand America event last week when Virginia congressional candidate Kimberly Lowe made a visit to the center.

Lowe and a friend, who claimed to be a Secret Service agent, showed up at the center on January 21 and sought access to the back of the butterfly center so they could see “illegals crossing on rafts,” according to an affidavit Wright filed and shared with Insider.

Wright said in the affidavit that Lowe was

on Facebook Live and she attempted to get the candidate to stop and leave, but a scuffle ensued. Wright said her son called 911.

Both Lowe and the US Secret Service did not immediately respond to Insider’s requests for comment.

In the past, individuals associated with far-right extremist groups including the Oath Keepers and Three Percenters have also appeared at the center, My Rio Grande Valley News reported.

Wright told Insider that the years-long campaign has “taken an immeasurable toll,” and that she didn’t quite know how to describe how “harmful” it’s been.

The National Butterfly Center sued Kolfage, We Build the Wall, and associated construction companies for their endeavor in December 2019 — specifically alleging Kolfage’s harassment campaign defamed them.

“The more they could engage and incite their base, the bigger their dollar count,” Wright told Insider.

The center’s notice announcing their temporary closure also said that a Texas Department of Transportation sign was torn down on Thursday morning.

“We simply cannot risk the safety and lives of our staff and visitors during this dangerous time,” the notice read.