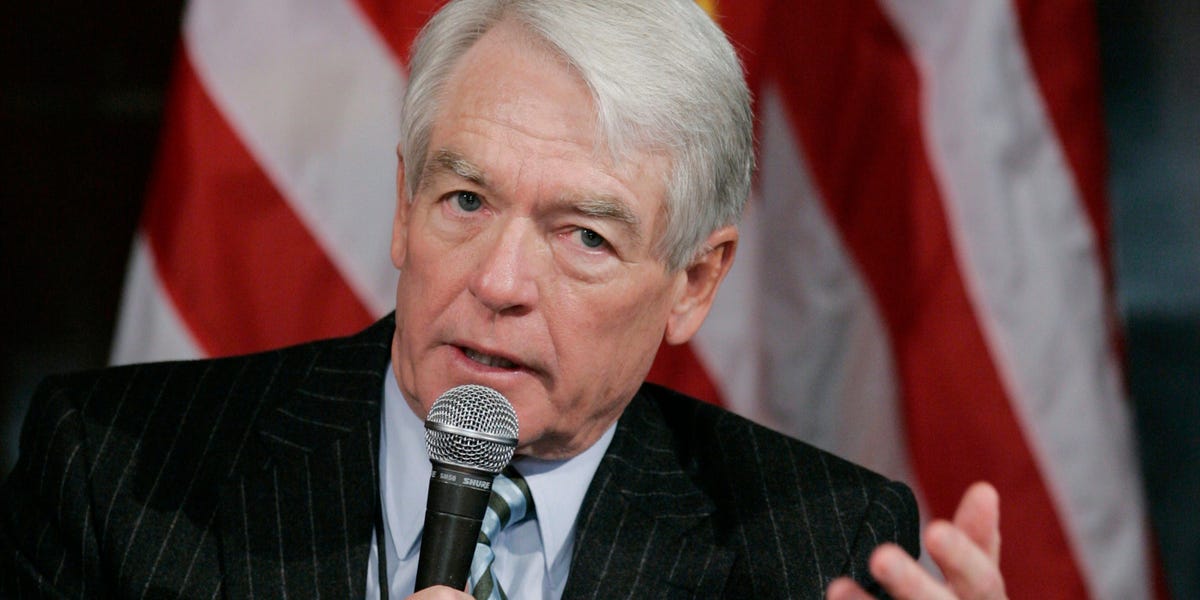 Charles Schwab, the investment manager and brokerage whose founder and chairman of the same name has donated millions of dollars to keep Republicans in office, said in a statement provided to Insider on Sunday that its political action committee would halt contributions to all lawmakers for the remainder of this year.

The firm cited “the extraordinary circumstances related to this election cycle,” without explicitly pointing to the violent mob of Trump supporters at the US Capitol last week that has prompted many firms in and outside of financial services to halt some or all political contributions, or to review their political donations.

“This pause will give the firm an opportunity to evaluate the best path forward to fulfill our long-standing commitment to advocate on behalf of individual investors and those who serve them,” the statement said.

Charles R. Schwab has made significant contributions to Republican causes and candidates in recent years. He and his wife, Helen O’Neill Schwab, together donated more than $7.5 million between April and October 2020 to conservative causes, according to data from Open Secrets at the non-profit Center for Responsive Politics.

Public Federal Election Commission records show that last October he donated $2,800 to Kansans for Marshall, an initiative to support Republican Sen. Roger Marshall, who initially said he would not certify President-elect Joe Biden’s election, along with some other Republican senators. He later said that he would certify it.

As a policy, the firm’s PAC divides contributions evenly between Democrats and Republicans.

Open Secrets data also shows that 67%, or about $923,000, of all personal congressional contributions made for the 2020 election cycle by any individual donor whose employer the FEC lists as Charles Schwab went to Republicans.

Another $429,000 of contributions by individuals whose employer is listed as Schwab went to Democrats, according to the analysis, which utilizes Federal Election Commission data. Nearly $31,000 went to other candidates.

“In light of the horrific events in the nation’s capital, BlackRock has decided to pause any further donations to campaigns of public officials from the BlackRock PAC, while we conduct a thorough review of the events and evaluate how we will focus our political activity going forward,” BlackRock Head of US Public Policy Kate Fulton told US employees on Monday, according to a memo the company provided to Insider.

Vanguard, the privately held money manager that oversaw $6.9 trillion in assets as of November 30, said in a statement to Insider on Monday that in December it “paused our PAC activity to allow for a thorough review of our program.” A spokesperson did not immediately respond to request to specify what prompted that review.

Some firms have taken steps in recent days to distance themselves from Trump after the president incited the riot at the Capitol. Stripe, the privately held financial-technology company that handles online payments, will no longer process payments for Trump’s campaign website, the Wall Street Journal first reported on Sunday.