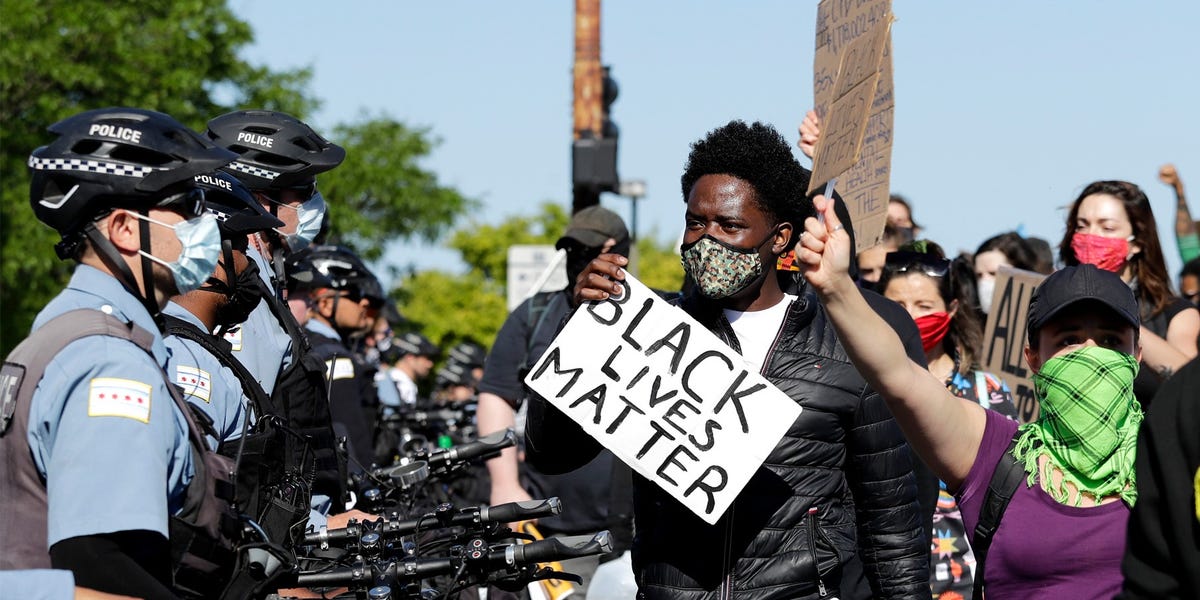 Local Chicago officials are speaking out after protesters’ attempt to tear down a Christopher Columbus statue Friday night ended in a violent clash with police.

Police say at least 12 people were arrested and 18 officers were injured as a result of the altercation. Protesters reportedly threw cans and fireworks at officers defending the statue, and police responded by attacking protesters with batons and pepper spray.

A large group of protesters — at least 1,000, according to local reports — gathered Friday in downtown Chicago for a rally and march in support of the Black Lives Matter movement and calls to defund the police. The march ended at Chicago’s Grant Park, where the group surrounded the Columbus statue and tried unsuccessfully to topple it.

Photos and videos posted on social media from the march show injured protesters and officers threatening journalists at the scene. Local news outlet Block Club Chicago reported an 18-year-old activist had her teeth knocked out after a police officer punched her.

In a statement early Saturday morning, the Chicago Police Department said protesters “turned on the police and used the protest to attack officers with fireworks, rocks, frozen bottles, and other objects.” Police also said the arrested individuals could face felony charges, but Black Lives Matter Chicago said on Twitter on Saturday morning that all arrested protesters had been released.

Lightfoot responded Saturday afternoon on Twitter, saying she “unequivocally support[s]” peaceful demonstrations, but called reports of violence from both protesters and police “unacceptable.”

At a press conference Saturday morning, officials and activists called on Lightfoot to remove the Columbus statue. Lightfoot has previously spoken against tearing down any of Chicago’s Columbus monuments.

Statues of Christopher Columbus and other historical figures have come down across the country in recent weeks on amid Black Lives Matter protests, which has led to increasing demands for actions and accountability regarding the treatment of people of color. While Columbus has long been regarded as the person who “discovered” America, historians also credit the explorer with the exploitation and genocide of the indigenous people living there.