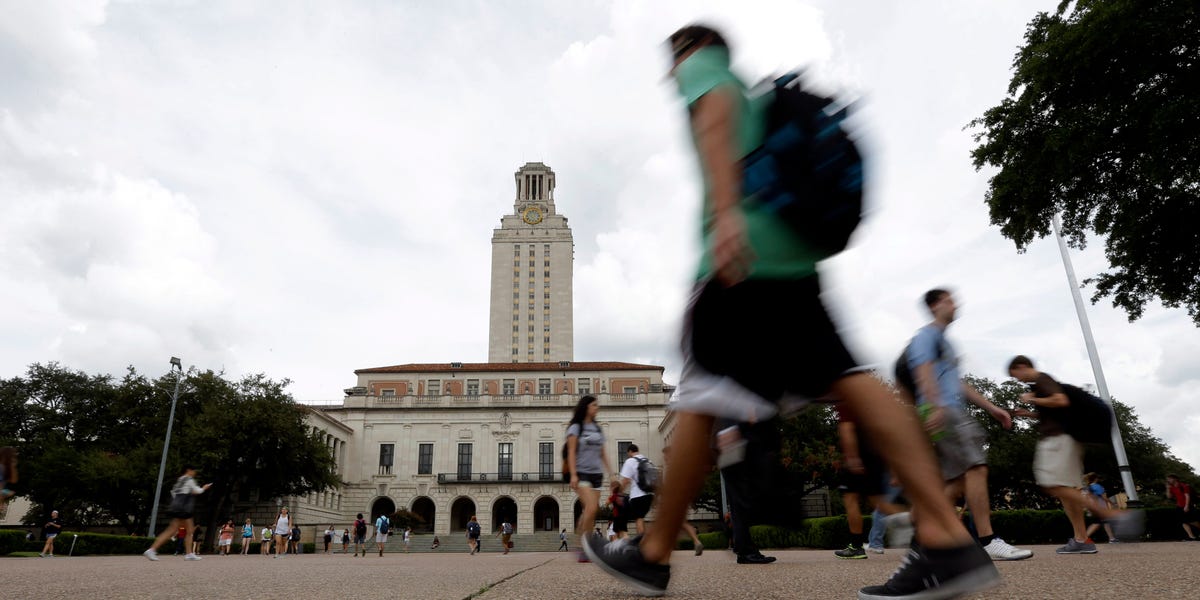 As Republicans push legislation across the country to restrict training or lessons on racial and gender issues, some educators are doubling down on what they teach. College educators warn that the bills are designed to appease the most ardent of Donald Trump’s supporters at the risk of muzzling institutions and professors.

Faculty leaders at more than two dozen higher education institutions are adopting or considering academic freedom resolutions that reject outside interference in university curriculum on matters of race and social justice. And they’re calling on university leaders to do the same.

“We just wanted to send a message to the Florida legislature: Pass all the laws you want. Academic freedom is what we will stand by,” said Kathie Russell, president of the Santa Fe College Senate Executive Council in Gainesville, Florida.

Russell said the council stands by a resolution it passed in February, even in light of the Florida state legislature’s passage of the “Stop WOKE Act,” which would restrict discussions on race and gender in workplaces and classrooms. The bill awaits Florida Gov. Ron DeSantis’ signature.

“Academic freedom is the basis, the foundation of our education and to be assaulted like this is insulting,” said Russell, who is an English professor at the college.

Republican state lawmakers have been targeting the teaching of gender issues and critical race theory, a framework for studying racism in the US legal system, in an appeal to conservative white voters. So-called “divisive concepts” legislation, so far, has focused more on K-12 schools, but this year’s wave of bills is increasingly targeting higher education, as well.

“There are so many of them across the country, our efforts to protect academic freedom often make us feel like hockey goalies,” said Joe Cohn, legislative and policy director at the Foundation for Individual Rights in Education or FIRE.

Lawsuits are likely. Cohn said decades of case law protects higher education curriculum from government interference. “It’s an absolute ironclad rule that thou shalt not take topics off of the table in higher ed,” he said.

The resolutions that faculty leaders are passing at universities and colleges across the country are drawing from a template created by the African American Policy Forum, which is led by Kimberlé Crenshaw, a founding critical race theorist. The template states that the faculty rejects any outside attempts to “restrict or dictate university curriculum on any matter, including matters related to racial and social justice.”

In this moment, passing such resolutions is a significant step for faculty members, but it shouldn’t be, said Sumi Cho, director of strategic initiatives at AAPF.

“That’s how far off course we have veered with this whole manufactured panic around race and social justice in education,” she said. “It should not raise an eyebrow, but the fact that it is, tells you the state of things right now.”

Speaking out can lead to consequences for college professors. In Texas, Lt. Gov. Dan Patrick said he will propose ending tenure for new hires at public universities and revoking it for those who teach critical race theory. That came last month after the University of Texas Faculty Council passed a resolution affirming academic freedom.

‘Another bit of legislative meddling’

Even before the Stop WOKE Act, Florida lawmakers had been pushing legislation that concerned educators. One new law requires public universities to survey faculty, students, and staff on their political beliefs to measure “viewpoint diversity” and fight student “indoctrination.” It also allows students to use recordings of their professors in class as evidence in political bias complaints, though they must have permission to record.

To Santa Fe College professor David Price, Stop WOKE was “just another bit of legislative meddling” that he was already trying to stop when the council passed its resolution.

“I was concerned about this general trend from the legislature to micromanage higher education for basically the service of either throwing red meat to Trumpite supporters or furthering conservative indoctrination of especially the classes I teach – history and political science classes,” said Price, a member and former president of the Santa Fe College Senate Executive Council.

Regarding Stop Woke, he said, “I’ll have to think long and hard about whether I’m going to comply” if there are areas in which he’s clearly in violation. But similar laws have been so “convoluted and contradictory,” he said the only purpose that’s been clear has been political.

In March, a group of 94 higher education associations issued a joint statement calling for free and open academic inquiry and debate on campuses. Faculty and university administrators are seeing common ground on this point, said Irene Mulvey, the elected president of the American Association of University Professors, which signed the statement. Administrators and some boards of trustees will consider the restrictive movement dangerous in terms of recruiting and retaining faculty, she said.

“And they can see the millions of dollars in grants going somewhere else if faculty aren’t going to come to a… state where they have, you know, educational gag orders in higher education,” she said.

Academic freedom principles are often embedded in faculty handbooks. The vast majority of places that have passed these resolutions have not had an issue with their college administrations accepting and affirming them, Cho said.

But there are some cases, notably in Florida, where faculty have battled with administrators. Until a federal judge intervened, University of Florida professors were denied permission to testify in a lawsuit challenging a state election law backed by DeSantis. Another University of Florida associate professor filed a grievance alleging he was threatened with discipline if he used “critical race” in his curriculum and program design, the Tampa Bay Times reported. University leaders in that case were “the handmaidens of Governor DeSantis,” Cho said.

They know what academic freedom requires and understand its centrality to higher education, she said, “and yet when push comes to shove, some are obviously deferring to politics, instead, to create their curriculum.”