Conservative who argued against Trump’s impeachment now calls for it 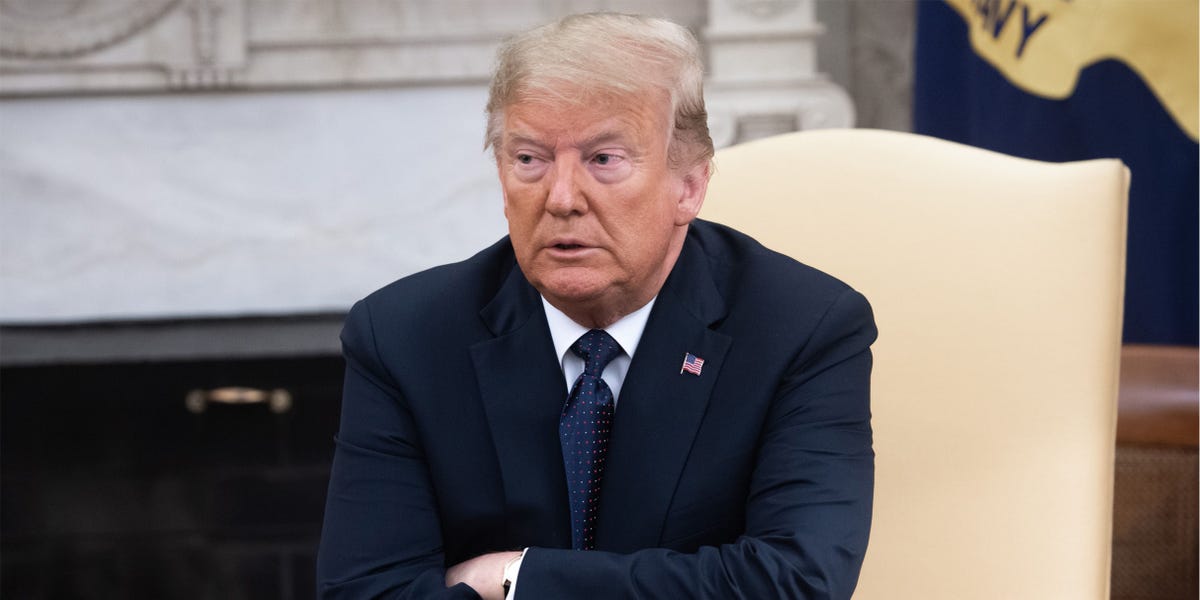 A popular conservative has called for President Donald Trump’s impeachment, saying the president made “fascistic” comments about delaying the November election.

In a New York Times Op-Ed, Steven Calabresi wrote that while he supported Trump in the 2016 election and opposed Trump’s impeachment as well as Robert Mueller’s investigation, the president comments on postponing the election have gone too far.

“But I am frankly appalled by the president’s recent tweet seeking to postpone the November election. Until recently, I had taken as political hyperbole the Democrats’ assertion that President Trump is a fascist. But this latest tweet is fascistic and is itself grounds for the president’s immediate impeachment again by the House of Representatives and his removal from office by the Senate,” Calabresi wrote.

Calabresi is a co-founder of the Federalist Society, a group of conservatives and libertarians that advocates for placing a “premium on individual liberty, traditional values, and the rule of law.”

On Thursday, Trump suggested that the US should postpone the election over erroneous fears that mail-in voting is fraudulent. (It’s not.)

Business Insider, previously reported that Trump does not have the authority to cancel or postpone the election.

Calabresi, who is also a professor at Northwestern University’s Pritzker School of Law, wrote that the US has never canceled or postponed an election despite having other difficult eras in the past like in 1932 during the Great Depression or in 1944 during World War II.

“So we certainly should not even consider canceling this fall’s election because of the president’s concern about mail-in voting, which is likely to increase because of fears about COVID-19,” he wrote.

Only Congress could alter the federal statute that would allow states to change when they can appoint electors, which could impact the timeline of the election, Business Insider reported.

“President Trump needs to be told by every Republican in Congress that he cannot postpone the federal election,” Calabresi wrote. “Doing so would be illegal, unconstitutional, and without precedent in American history. Anyone who says otherwise should never be elected to Congress again.”

He’s not the only Republican denouncing Trump’s election comments. In an op-ed in The Washington Post, columnist Henry Olsen, who is also a senior fellow at the Ethics and Public Policy Center, a conservative think tank, also called on conservatives to speak out against the president’s remarks.

“It is the single most anti-democratic statement any sitting president has ever made,” Olsen wrote about Trump’s comments.

While Olsen argued that there are “anti-democratic” elements within liberals, he called the mere idea of suggesting to pushback the election unfathomable.

“But Trump’s tweet jumps the shark in so many ways that it is impossible to ignore. Such a statement should be unthinkable (in fact, I assumed it was unthinkable, which is why I strongly criticized Biden in April when he claimed without evidence that Trump would try to delay the election),” Olsen wrote.

In April, the presumptive 2020 Democratic presidential nominee Joe Biden predicted that Trump would try to postpone the election during the coronavirus crisis.

“Mark my words, I think he is gonna try to kick back the election somehow — come up with some rationale why it can’t be held,” Biden said at a virtual fundraiser, according to a pool report.