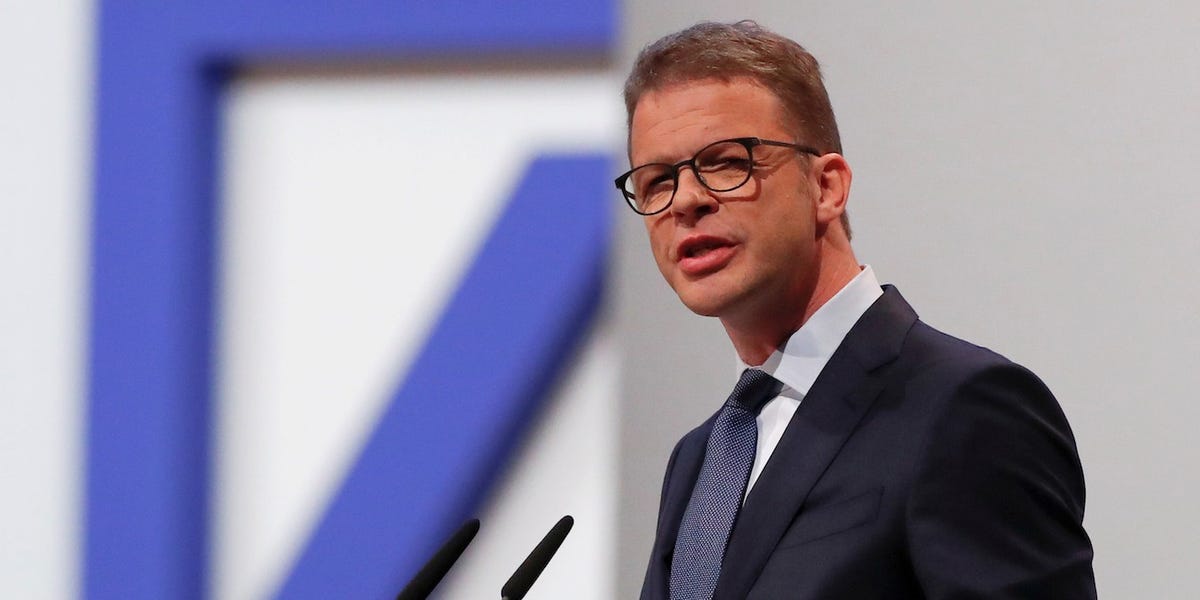 Deutsche Bank reported a slight increase in revenues and dramatically narrowed its losses in the second quarter as its transformation efforts paid off. However, its net interest income fell short of the consensus estimates of analysts polled by Bloomberg.

“We continued to execute on our strategy and made further tangible progress against our objectives despite the challenges associated with the COVID-19 pandemic,” CEO Christian Sewing and his team wrote in the earnings release.

Here are the key numbers:

The German banking giant slashed its non-interest expenses by about 23%, which helped it swing to a pre-tax profit of 158 million euros, compared to a pre-tax loss of 946 million euros in the second quarter of 2019.

That translated into a loss of 77 million euros for shareholders — a major improvement from a loss of 3.3 billion euros in the comparable period.

Deutsche Bank grew its loans by 5.4% to 442 billion euros, and its deposits were only slightly down at 573 billion euros. It also ramped up its provision for credit losses by 50% to 761 million euros in the three-month period to reflect the higher risk of lending during the pandemic.

Among its divisions, the investment bank was the standout performer. Net revenues surged 46% to 2.7 billion euros there as sales and trading revenues in the fixed income and currency subdivision jumped 39%, and origination and advisory revenues leapt 73%.

However, net revenues fell 5% in the private bank to just under 2 billion euros following the merger of several divisions.

Net revenues also dropped 8% to 549 million euros in the asset management division as both management fees and performance and transaction fees dropped.

That was due to derisking costs as well as the bank’s exit from equities sales and trading and its efforts to resize its fixed-income business.