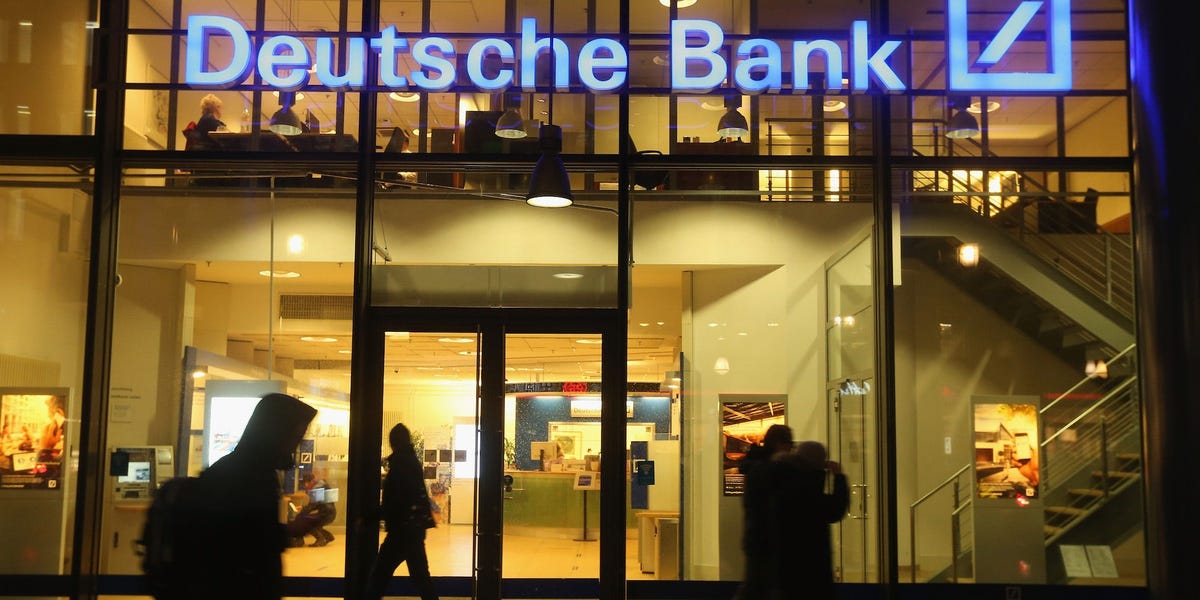 Deutsche Bank stock surged more than 10% Monday after the investment banking heavyweight said it will stop conducting business in Russia, reversing course after being criticized for planning to stay in the country following its invasion of Ukraine.

“Like some international peers and in line with our legal and regulatory obligations, we are in the process of winding down our remaining business in Russia while we help our non-Russian multinational clients in reducing their operations. There won’t be any new business in Russia,” Deutsche Bank said Friday in a statement that also condemned Moscow for launching a war with the former Soviet republic.

“To clarify: Deutsche Bank has substantially reduced its Russian exposure since 2014,” it also said.

CEO Christian Sewing on Thursday released a note to staff explaining the bank’s initial decision to stay, Reuters reported. He said leaving wouldn’t “be the right thing to do in terms of managing those client relationships and helping them to manage their situation,” according to the report.

Deutsche Bank CFO James von Moltke then appeared on CNBC to talk about its decision. “We’re there to support our clients,” he said. “And so, for practical purposes, that isn’t an option that’s available to us.”

Deutsche Bank was a standout as other investment banks said they would leave Russia. Goldman Sachs became the major Wall Street bank to make such an announcement followed by JPMorgan. Financial firms American Express, Mastercard, and Visa have each suspended Russian operations.