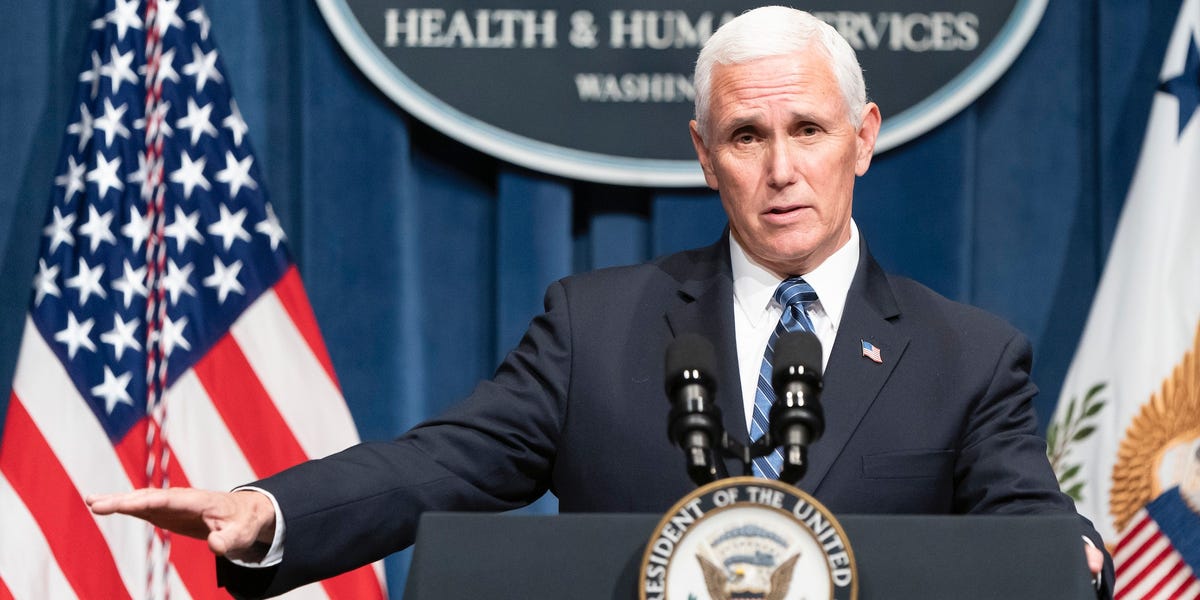 Dr. Simone Gold and Dr. James Todaro said on Twitter that they met with Pence to discuss doctors’ abilities to prescribe hydroxychloroquine. Pence’s schedule for July 28 shows that he had a planned 5:30 p.m. meeting with physicians to discuss COVID-19. It’s unclear if the meeting listed happened or if it was with the two doctors who said they met with him. Pence’s staff did not respond to Business Insider’s request for comment.

“We have just met with Vice President Mike Pence to request the administration’s assistance in empowering doctors to prescribe hydroxychloroquine without political obstruction,” Gold said in a tweet.

Gold is a Los Angeles-based emergency medicine specialist and the head of America’s Frontline Doctors, a recently-formed organization. The group that held a press conference, organized by the Tea Party Patriots, which shared misinformation about the coronavirus, including making statements that hydroxychloroquine is a cure for COVID-19.

There is no known cure for the disease caused by the coronavirus, and the Food and Drug Administration revoked the emergency use of hydroxychloroquine back in June. Several studies have shown that hydroxychloroquine failed to help hospitalized patients and has no significant clinical benefits when used to treat coronavirus.

In the video, Gold said: “We’re here because we feel as though the American people have not heard from all of the expertise that’s out there all across our country.”

The group’s website was created earlier this month and appeared to be “unavailable” on Tuesday.

On Tuesday, Todaro added in a tweet that he had a “great meeting” with Pence and his chief of staff Marc Short.

“We are doing everything to restore the power of medicine back to doctors. Doctors everywhere should be able to prescribe Hydroxychloroquine without repercussions or obstruction,” Todaro tweeted.

Other members of the organization like Stella Immanuel, who describes herself as a medical doctor and is listed as a licensed pediatrician by the Texas Medical Board, have tweeted at Trump asking for a personal meeting. On Tuesday, The Daily Beast reported that Immanuel, who is also a minister, previously touted outlandish claims — such as cysts and endometriosis being caused by having sex dreams about demons.

Immanuel, whose monologue in the viral press conference video was later retweeted by President Trump, also claimed that hydroxychloroquine was a coronavirus cure. Those videos have since been removed from Twitter, as well as Facebook and YouTube.

Trump, referring to Immanuel, said on Tuesday: “I thought she was very impressive, in the sense that, from where she came — I don’t know what country she comes from — but she said that she’s had tremendous success with hundreds of different patients. I thought her voice was an important voice, but I know nothing about her.”