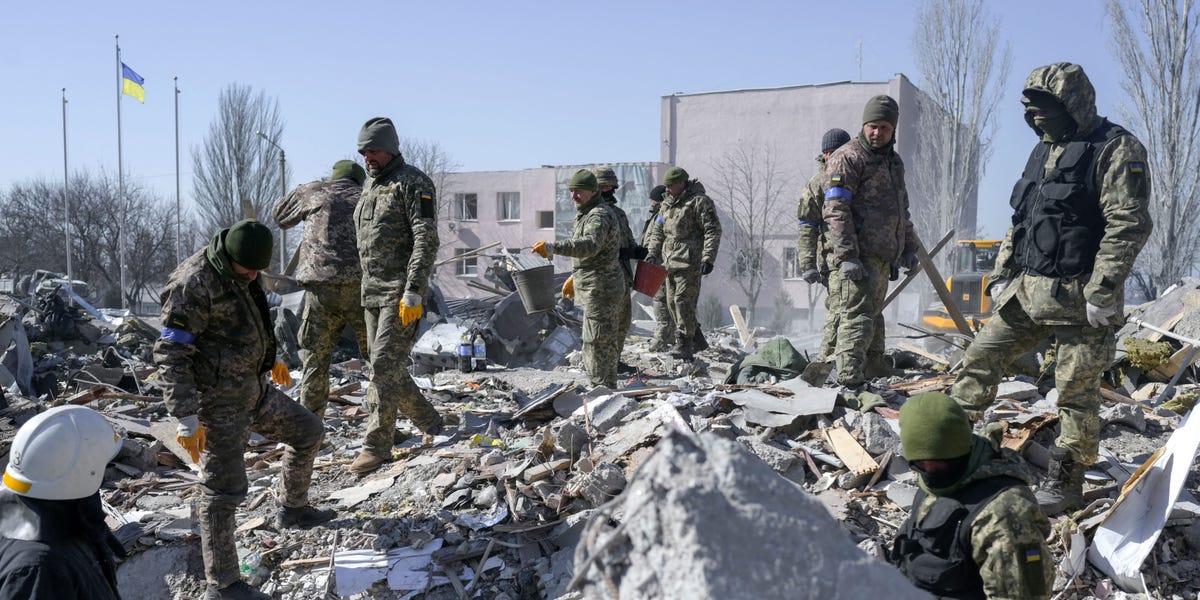 Dozens of Ukrainian soldiers are feared to have been killed after a Russian strike hit army barracks in the southern city of Mykolaiv on Friday.

Around 200 troops are believed to have been sleeping inside the barracks, which was reportedly a military academy for young officers when it was struck by six rockets, witnesses told news agency AFP.

“At least 50 bodies have been pulled out, but we don’t know how many remain under the debris,” 22-year-old soldier Maxim told AFP.

Another soldier told the news agency that as many as 100 people could have been killed, but no official casualty figures exist.

“We are continuing to count, but it is impossible to know given the state of the bodies,” a rescuer told AFP.

Distressing images on social media showed several dead soldiers being pulled from the ruins of the barracks.

One soldier was rescued after a journalist at the scene heard sounds from within the debris, leading to rescuers digging through piles of rubble with their bare hands to find him, AFP reported.

A rescue operation is still underway, but it is feared that there are not many more survivors as temperatures in Mykolaiv reached -21F last night.

Vitaly Kim, Mykolaiv’s governor and the head of the regional administration, criticized the Russian attack in a video.

“Yesterday orcs hit our sleeping soldiers with a rocket in a cowardly manner,” Kim said, per AFP, using a Ukrainian nickname for Russian forces.

Insider reported last week that the invading Russian forces have been attacking the stronghold of Mykolaiv to gain passage to the strategic Black Sea port city of Odesa, which they hope to capture to cut off Ukraine’s access to the sea.

The British defense ministry claimed on Saturday that Russia is now pursuing a “strategy of attrition” as it has so far failed to achieve its original objectives in Ukraine.

“This is likely to involve the indiscriminate use of firepower resulting in increased civilian casualties, destruction of Ukrainian infrastructure, and intensify the humanitarian crisis,” the department said.