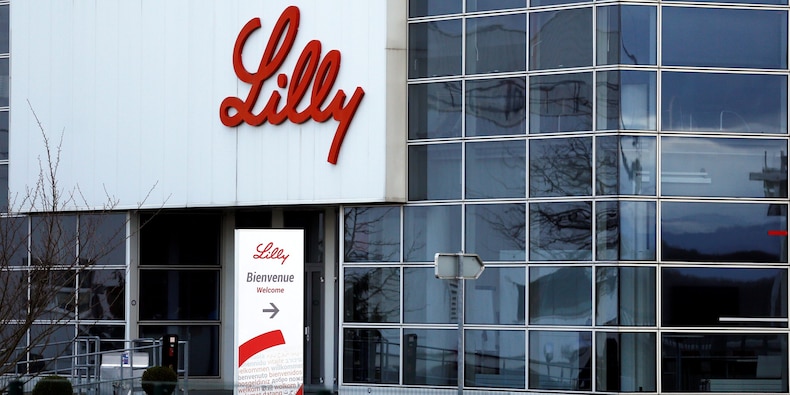 Eli Lilly soared as much as 13.8% on Monday after the pharmaceutical giant revealed its experimental Alzheimer’s drug slowed the rate of decline in trial patients.

The drug, called donanemab, slowed the decline of patients’ ability to think by 32% compared to a placebo, the company said in a press release. If the drug is as effective as the study suggests, donanemab could be the first Alzheimer’s drug to show positive results in a phase 2 trial, according to The New York Times.

The study included 272 patients and studied patients’ declines over two years. The drug’s primary goal was to show a significant slowing of decline in a composite measure of cognition and daily function over 18 months.

Full trial results are set to be presented at a future meeting and submitted for publication in a peer-reviewed clinical journal. Lilly will continue to research the drug’s effectiveness in a 500-patient trial.

Read more: An ETF expert breaks down his top 5 predictions for the industry in 2021 – including 4 funds that are among the best to buy, and why ARK Invest won’t be able to repeat its dominance

The news pushed Lilly shares to a record high. The company’s shares are up about 9% year-to-date.

Participants were weaned off of the drug and onto a placebo once brain plaques cleared, according to the company. Plaques were removed in six to 12 months, The Times reported.

Here’s why the approval of a US bitcoin ETF would send the cryptocurrency tumbling in the near term, according to JPMorgan