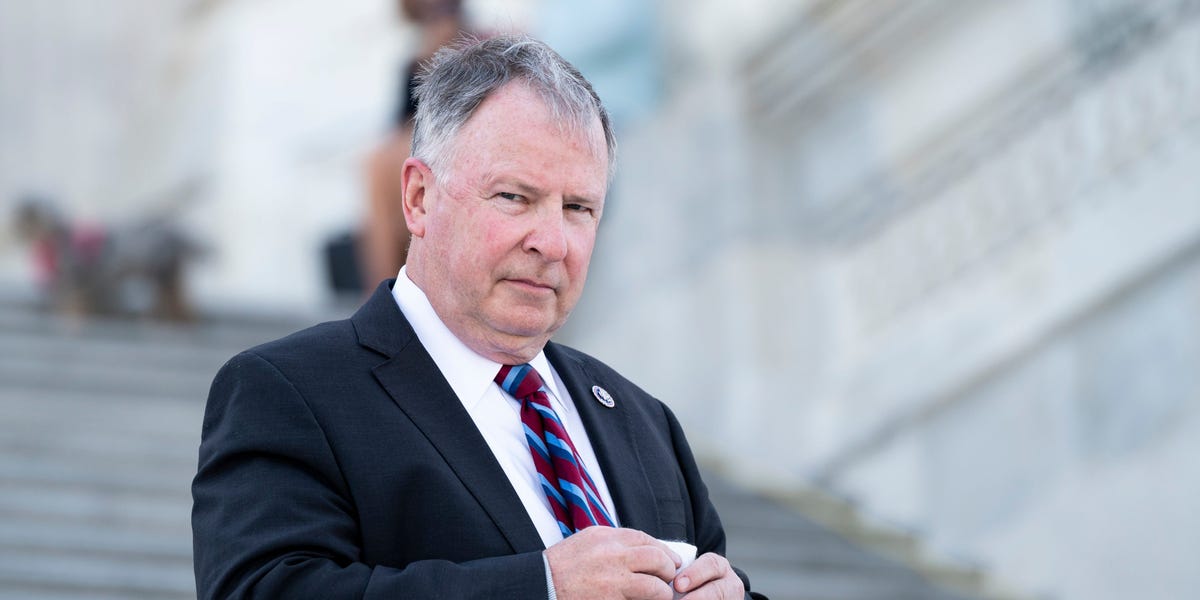 A report released Monday from the Office of Congressional Ethics alleges Republican Rep. Doug Lamborn of Colorado misused official resources by asking his staff members to perform personal errands for his family.

The independent board, which investigates alleged wrongdoing by lawmakers, said it found “substantial” evidence that Lamborn’s staffers were asked to complete personal tasks for members of Lamborn’s family, including moving furniture for Lamborn’s wife and helping Lamborn’s son with federal job interviews.

The Office of Congressional Ethics board unanimously recommended that the House Ethics Committee subpoena Lamborn and others to further investigate.

The report comes after a former aide filed a May lawsuit accusing Lamborn of allowing his son to live in the basement of the US Capitol for weeks and exposing members of his staff to COVID-19. The former staffer, Brandon Pope, said the congressman flouted ethical rules and retaliated against him when he objected. Lamborn denied the allegations at the time.

In a December statement to the House Ethics Committee, Lamborn rejected the Office of Congressional Ethics panel’s findings and said the investigation was biased and spurred by a “disgruntled” staffer.

“A thorough review of the facts will make it clear to everyone that no ethical violation has occurred, and the same should be dismissed,” Lamborn told The Washington Post.

A spokesperson for the lawmaker’s office did not immediately respond to Insider’s request for comment.

Much of the report, which cites interviews with three current and two former Lamborn staffers, focuses on the outsized role Lamborn’s wife, Jeanie, allegedly plays in his office’s operation. According to the committee’s report, Jeanie is “deeply involved” in all personnel decisions within the office, including hiring, firing, and promotions.

In a deposition with the panel, Lamborn admitted that his wife did interview certain staffers.

The report alleges that Jeanie has access to an official House email account, and frequently employs her husband’s staffers to run “unofficial” errands during lunch breaks. Staffers also told investigators that Jeanie regularly visits Lamborn’s office and often sleeps in the office with her husband.

“Mrs. Lamborn’s significant involvement in Rep. Lamborn’s office led former staffers to feel that they were required to comply with her requests,” the report said.

Staffers also said they were asked to help Lamborn’s son with federal job applications and interviews. Lamborn initially argued that his office would have done the same work for any constituent, but the Office of Congressional Ethics found evidence indicating otherwise, according to the report.

Lamborn’s staffers told the panel they were also asked to prepare a party for Lamborn’s daughter-in-law to celebrate her becoming a naturalized American citizen. During his deposition, Lamborn told investigators he didn’t remember if he attended the celebration and said the party was his staff’s idea.

The three current staffers interviewed by the panel said extra work they did for the Lamborns was voluntary, a claim Lamborn emphasized during his own deposition. However, the two former aides disagreed with that characterization, with one former staffer saying his unwillingness to do so was one of the reasons he was fired.

In addition to allegations of misusing Congressional resources, the report also found that Lamborn may have allowed his chief of staff to accept gifts from staffers on his behalf. Federal law prohibits members of the House from accepting gifts from a subordinate.

In a December letter responding to the investigation, Lamborn’s legal team denied the panel’s findings, accusing the Office of Congressional Ethics of not accounting for “obvious biases.”