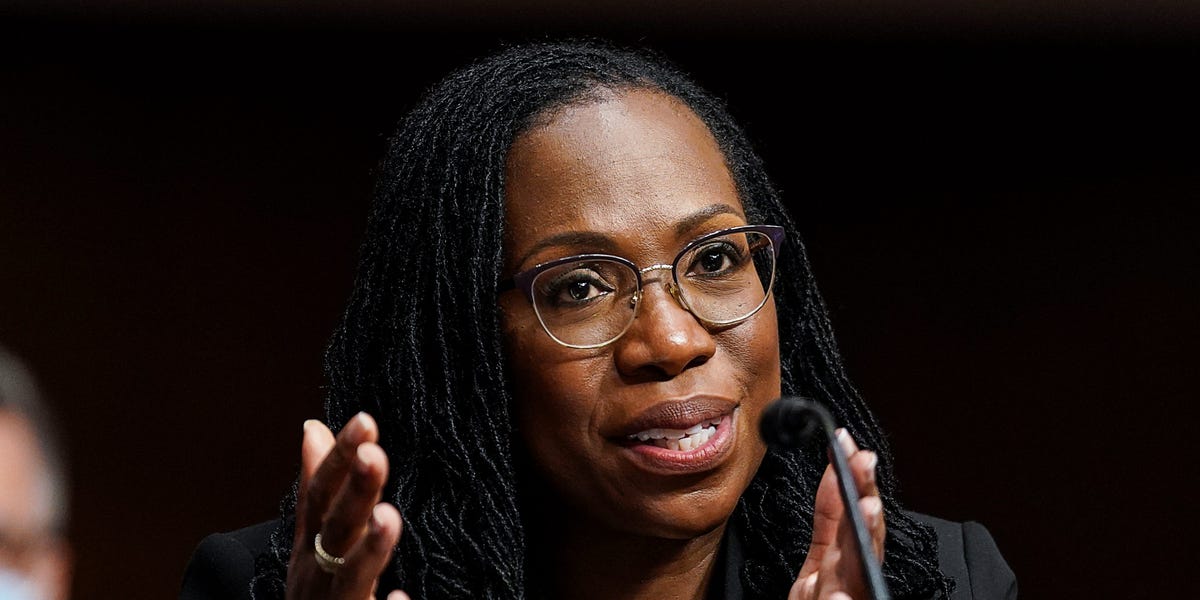 A former law clerk for a judge considered to be one of President Joe Biden’s frontrunners to replace the retiring Associate Justice Stephen Breyer on the US Supreme Court appeared to edit Wikipedia entries in an effort to bolster the judge’s reputation.

According to a Friday report from Politico, Matteo Godi, who previously clerked for Judge Ketanji Brown Jackson, made changes to her Wikipedia page two days after the announcement of Breyer’s retirement.

Godi, working under the username “H2rty,” made more than 20 edits to Wikipedia pages for Jackson and her potential rivals vying for a spot on the Supreme Court, according to the Politico report.

Breyer in January announced that he intended to retire from the Supreme Court at the end of the current term, paving the way for Biden to appoint a successor. During his 2020 campaign for president, Biden pledged to appoint the first Black woman to the nation’s highest court.

“I’m looking forward to making sure there’s a Black woman on the Supreme Court, to make sure we in fact get every representation,” Biden said, according to a debate transcript. White House press secretary Jen Psaki in a press briefing confirmed that he remains committed to that promise.

Jackson was not aware that Godi had been editing her Wikipedia “as a matter of course” for several years, according to Politico, which cited a group of former law clerks who identified Godi as the Wikipedia user. The other law clerks were not identified in the Politico report.

Godi worked as a clerk for Jackson for a year from October 2019 to October 2020, according to Politico, which cited his LinkedIn page.

Godi’s edits revealed a pattern in which he appeared to use the Wikipedia pages to sow liberal skepticism among the other potential SCOTUS picks, Politico reported. He edited Jackson’s page to convey her and her accomplishments to be more appealing to people who identify as liberal, the outlet reported.

He, for example, removed a reference to Jackson’s time serving on the advisory board of a Baptist school, according to an analysis of Wikipedia entry updates conducted by Politico. He also edited in a defense of two of her rulings against the Trump administration.

“Ahead of her confirmation hearing, ‘Bloomberg Law’ reported that conservative activists were pointing to certain decisions by Jackson that had been reversed on appeal as a ‘potential blemish on her record,’ in order ‘to tarnish her so she won’t get picked for the Supreme Court,'” the edit read, according to Politico.