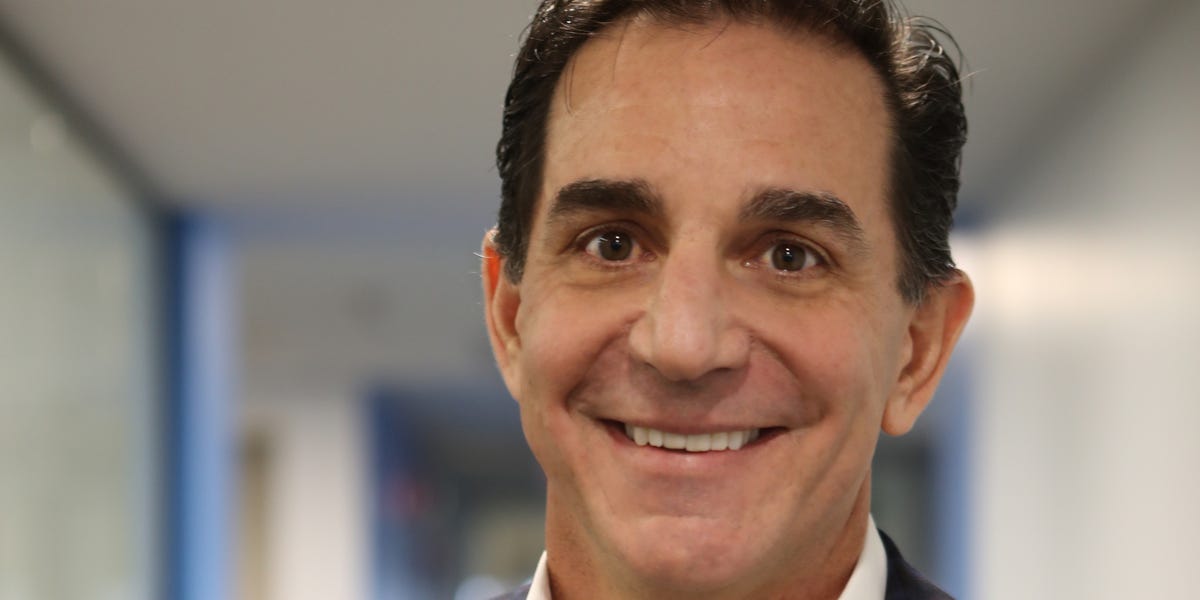 IBM originally became a tech powerhouse by selling gear to power corporate data centers backed by its global IT services organization. But, as it struggles for a stronger position in the cloud, Big Blue is shifting to a new strategy focused on building an ecosystem of developers, partners, and startups.

Bob Lord, an IBM senior vice president who is leading this offensive, said the tech giant can no longer just rely on its vast army of business and tech consultants, which helped it dominate the enterprise market, but have become less effective in expanding its reach in the cloud era.

“It’s an important pivot,” Lord told Business Insider. “Our services organization can’t get to all clients. The only way to get to those clients is to activate an ecosystem.”

That pivot entails making IBM a more welcoming platform by offering resources to create new applications and tools to more of the world’s 24 million developers,  and even giving them easier access to IBM’s technology, such as the company’s flagship AI platform Watson. Forging closer ties with developers could also give IBM access to the customers they serve, Lord said.

New CEO Arvind Krishna noted the revamped approach in the company’s second-earnings call on Monday when he pointed to “a growing ecosystem of partners” as key to IBM’s hybrid cloud strategy.

The cloud upended the enterprise market by allowing businesses to set up networks on web-based platforms, making it possible to scale down or even abandon private, on-premise data centers.

That hurt the bottom line of tech vendors like IBM, which saw a significant drop in sales over the last few years.

But IBM has been banking on a new trend — hybrid cloud — in which businesses set up networks in the cloud, while keeping big chunks of data and applications in private data centers, which maintains demand for the hardware and software systems offered by the company.

IBM’s hybrid cloud strategy hasn’t exactly been a blockbuster success, and recently got a downbeat review from a Morgan Stanley analyst who said it has yet to gain traction in the enterprise market.

But Krishna has predicted that hybrid cloud will eventually be worth $1.2 trillion, and vowed that IBM will dominate that market.

To succeed, the company is relying less on the approach that propelled IBM to the top of the enterprise tech market in the 1990s through the 2000s, Lord said. That was when IBM built a global IT services arm that helped big corporations run their private data centers and even provide guidance on business strategy.

That approach worked well when most businesses ran networks from private data centers, but it wasn’t always effective in the cloud era. In fact, IBM’s  two major services business units, which make up more than half of the company’s total revenue, each saw revenue declines last quarter.

A key component of its ecosystem strategy is Red Hat, which IBM acquired for $34 billion last year, Lord said.

Red Hat had been a key player in enterprise tech for its open source software that made it easier for networks to operate seamlessly from one cloud to another and even to private data centers. Being a vibrant platform for developers fueled its success. IBM is now looking to build on that strength by maintaining Red Hat as an independent company.

“Red Hat can go partner with whoever they want to drive their business,” Lord said. “Red Hat has fundamentally changed the fabric of who we are as IBM and the importance of what the ecosystem is.”

Got a tip about IBM or another tech company? Contact this reporter via email at [email protected], message him on Twitter @benpimentel or send him a secure message through Signal at (510) 731-8429. You can also contact Business Insider securely via SecureDrop.

Claim your 20% discount on an annual subscription to BI Prime by clicking here.