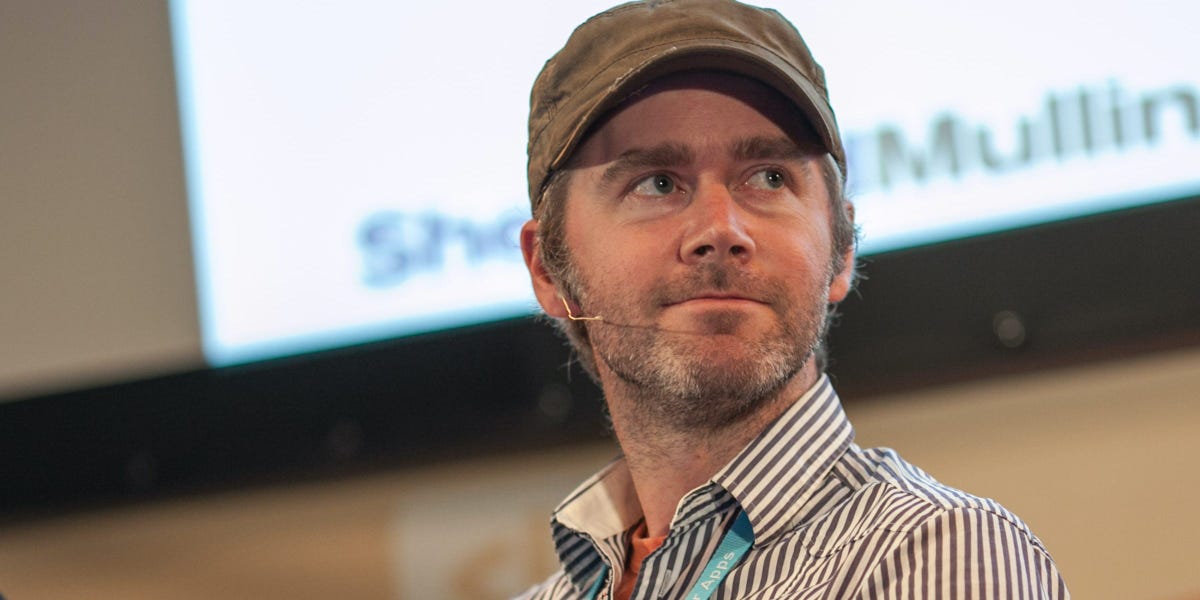 These days, there’s so much venture capital sloshing around the ecosystem that fundraising for some startups is like stepping into one of those arcade cash booths that blows money around. You keep as much as you can grab.

But not everyone is playing to pocket the most capital.

Expensify is readying to go public sometime this year, but its founder David Barrett said he doesn’t know how much his company is worth. That’s because the expense reporting software-maker hasn’t had a private valuation in almost six years, the last time it raised venture capital, and has instead used profit to pay for its own expenses and growth.

It’s one of the few profitable businesses on the roster to go public this year. And if it pulls off a direct listing as Barrett plans, Expensify will be one of even fewer companies to raise less than $100 million before going public in 2021.

“I’ve made no secret of my disdain for venture capitalists,” Barrett told Insider. “Because I think the entire playbook for being a private company right now is how you pump and dump a startup to some bigger sucker.”

The company has raised only $20.2 million in venture capital total, and its last round was in 2015, he said.

It has also completed two secondary transactions which lets shareholders, who are typically founders, early employees, or early investors, sell off some or all of their stake to other private investors.

Read more: The CEO of Expensify sent an email to 10 million customers urging them to vote for Biden. Then his employees took the brunt of the backlash.

In contrast, business-to-business payments company Bill.com, a competitor, had raised about $320 million in venture capital before its first day of trading about a year ago. Its last private valuation was $1.6 billion.

There are many reasons for not raising more venture capital. For one thing, when a startup raises money, its founders give up a percentage of the company. With each raise, their percentage of ownership decreases, even if the value of that stake grows.

The more of the company investors own, the more control they have over the company. Some startups have countered this by creating shares with super voting rights, typically 10 votes per share. But by refusing more venture money, no such antics over voting rights are required. The founders can simply remain the largest shareholders. And it seems that’s how Expensify’s chief prefers it.

Barrett believes that many venture capitalists are incentivized to invest their fund’s money into startups as quickly as possible so they can go on to raise bigger funds and collect more management fees.

A venture fund has a lifespan of about five to 10 years, or longer, to invest all of their money and then return the profits to the fund’s limited partners. VCs raise funds from private investors, known as limited partners, and the venture capitalists charge fees for managing that money. The bigger the fund, the bigger the fees, says Barrett.

If a VC firm is focused on the fees then, “no one in the VC firm actually cares about making a reasonable business,” Barrett said.

Instead, these type of VCs are in the business of selling capital, he said, and are tempted to convince startup founders they need to keep raising more venture money to grow their business.

Barrett said in the early days of pitching his company to venture capitalists, some said, in not so many words, that it made no sense to build a profitable business. They thought it was better to funnel off profits and put them into growth like hiring and ad campaigns. And then, they could raise more capital to keep operating, Barrett said.

“Venture capitalists don’t like profit because it actually competes with their entire business model,” he said. “Every piece of advice is going to be, ‘You should raise a ton of money from me, which I take a cut of, because my business model is based on giving out money, it’s not actually based on returns.'”

To be sure, plenty of venture capitalists would disagree with Barrett’s perception. As investors, they have an ownership stake and sometimes a board seat, so part of their job is to protect their investment by helping the company succeed. Founders need capital, as well as mentorship, connections, and help bridging partnerships, in order to create billion-dollar companies. The VCs’ personal reputations are attached to the success of the startups that they fund. And many of them take these obligations seriously and are not solely focused on management fees.

Expensify has been buying out investors for years

With this less-than-stellar view of the value of venture capitalists, it’s not surprising that Expensify has not only stopped raising capital, but has taken steps to shed investors.

In 2017, the company used cash on hand to buy out a strategic investor, Barricuda Networks, an IT security company that led a small round in 2013.

That deal started a conversation with another early investor, Redpoint Ventures, about a similar, larger transaction, according to Barrett. The venture firm took a bet on Expensify when it had only a few thousand customers, and refused to spend money on customer acquisition. Growth was happening on its own, but slowly.

“In all honesty, our numbers were all over the place back then, so our model required a tremendous amount of faith,” Barrett said.

Expensify was founded in 2008, and while he was grateful for the support in those early days, as the years went by, he believed some investors grew impatient waiting for an exit, he said.

So in 2018, Expensify and some existing investors offered to buy out Redpoint, splitting its stake between them.

The size of the transaction meant that Expensify had to take out a line of credit to afford its half. The company is now paying off the loan with “excess profit,” Barrett said.

He did not say what it cost to purchase Redpoint’s shares. Still, Barrett said there were “no hard feelings.” Redpoint did not respond to a request for comment.

Read more: Expensify wants to become a public company by summer 2021, and the CEO is eyeing a direct listing

Now, Barrett said he wants to take the company public through a direct listing so that other investors, including OpenView Venture Partners, Nomo Ventures, and super angel Bobby Lent’s firm Hillsven, can cash out.

He’s leaning toward a direct listing because he said Expensify doesn’t need to raise additional capital. Until a recent rule change, companies could only sell existing shares to new investors in a direct listing. That’s no longer the case.

Perhaps no one is happier than Barrett.

Are you a venture insider with insight to share? Contact Melia Russell via email at [email protected] or on Signal at (603) 913-3085. Open DMs on Twitter @meliarobin.