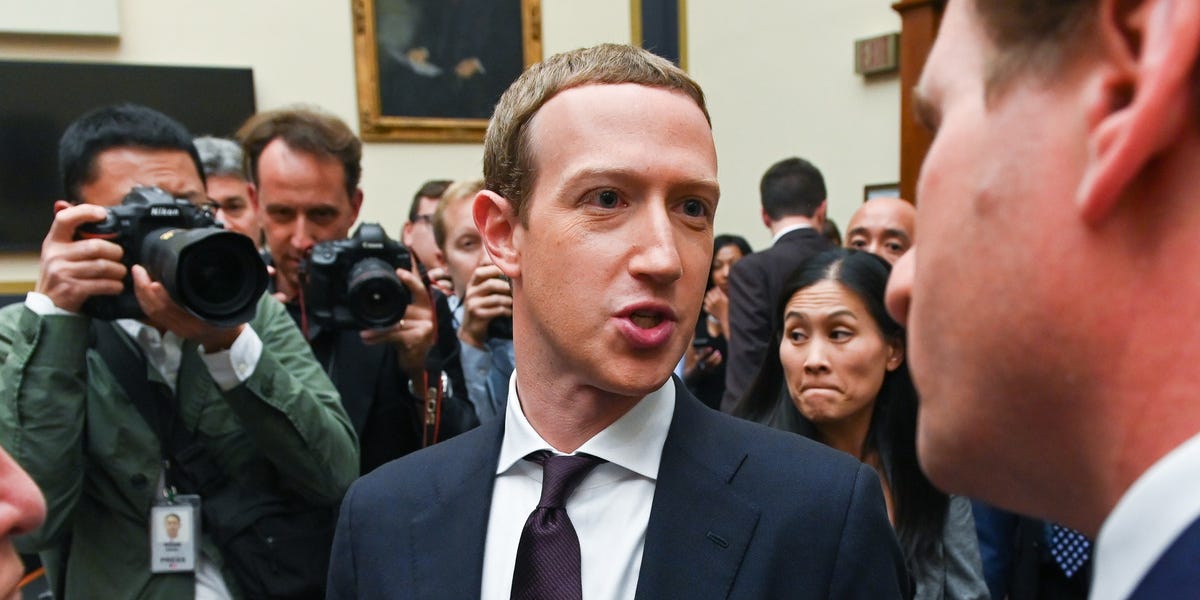 Facebook is taking an unusually conservative approach to political donations in 2020.

The social networking giant is on track to spend less this electoral cycle than in either 2018 or 2016 despite growing massively over the same time period, a Business Insider review of Federal Election Commission (FEC) filings found, and it is also dialing back its direct donations to politicians.

The change in strategy comes as Facebook faces intense political pressure over its perceived closeness to the Trump White House, increasing regulatory scrutiny, and even as rivals like Google maintain their own electoral spending.

Facebook, like many big tech companies, operates a political action committee (PAC) to route its donations to politicians in the US. (Companies cannot donate directly to candidates.) These PACS are largely fueled by donations from staffers at their respective companies (Facebook’s donors have included CEO Mark Zuckerberg, CTO Mike Schroepfer, and CFO Michael Wehner, for example), and the donations are broadly bipartisan, fueling various campaign efforts for both Democrats and Republicans.

In the past, Facebook has funded Democratic Sen. Chris Coons of Delaware, Republican Sen. Steve Daines of Montana, and Republican Congressman Mike Rounds of South Dakota, among others, and typically gives slightly more to Republican candidates than Democrats, according to a previous analysis by OpenSecrets.

On its corporate website, Facebook says its donations are aimed at “support[ing] the campaigns of candidates for public office in the United States who have certain policy stances that are consistent with Facebook’s public policy views and business interests.”

But if Facebook continues to spend at a comparable rate in 2020 as it did in previous years, it is likely to spend noticeably less: Around $580,000.

By July in the previous two election years, Facebook had spent roughly 73%-75% of its total spend for that two-year cycle. As of July 2020, Facebook has spent just under $430,000. Following a similar rate of spend, it would take the total for the cycle to around $100,000 less than it spent in 2016. (The company could still decide to make unusually large donations for the remainder of 2020, throwing off this prediction.)

The frequency of Facebook’s donations is also slowing. Unlike in previous years, Facebook is now only making donations roughly every three months, making either no or negligible disbursements the other months.

And the company’s PAC appears to now be backing away from making donations directly to candidates.

While in previous months and years Facebook has patronized a variety of politicians, in its July 2020 filing published Monday (that details donations from June 2020), it details donations to only four organisations: The Democratic Congressional Campaign Committee (DCCC), the Democratic Senatorial Campaign Committee (DSCC), the National Republican Congressional Committee (NRCC), and the National Republican Senatorial Committee (NRSC), of $15,000 apiece.

As the 2020 election ramps up, Facebook has found itself increasingly under fire from all sides.

Many on the right have accused the social network, without proof, of deliberately censoring conservatives. And increased awareness of the market power and dominance of tech companies has prompted growing calls on the left for antitrust action to be taken against Facebook.

Meanwhile, the company’s refusal to take action against posts by Donald Trump that critics said glorified violence sparked mass outrage, including among the company’s employees, who in June staged a virtual walkout of several hundred workers — the largest show of worker unrest in the company’s history.

And concerns continue to remain about the spread of fake news and hate speech on the social network. Throughout July, numerous high-profile advertisers are taking part in a boycott of the company’s ad products, including Starbucks, Adidas, Unilever, and Ford.

Faced with this sustained hostility, the company may be trying to avoid any potential blowback from donations to individual candidates, without pulling the plug on its donations and the political goodwill they generate altogether. Google has previously faced scrutiny over its donations to controversial right-wing politicians — though it continues to donate directly to candidates’ PACs, as of its July 2020 FEC filing.