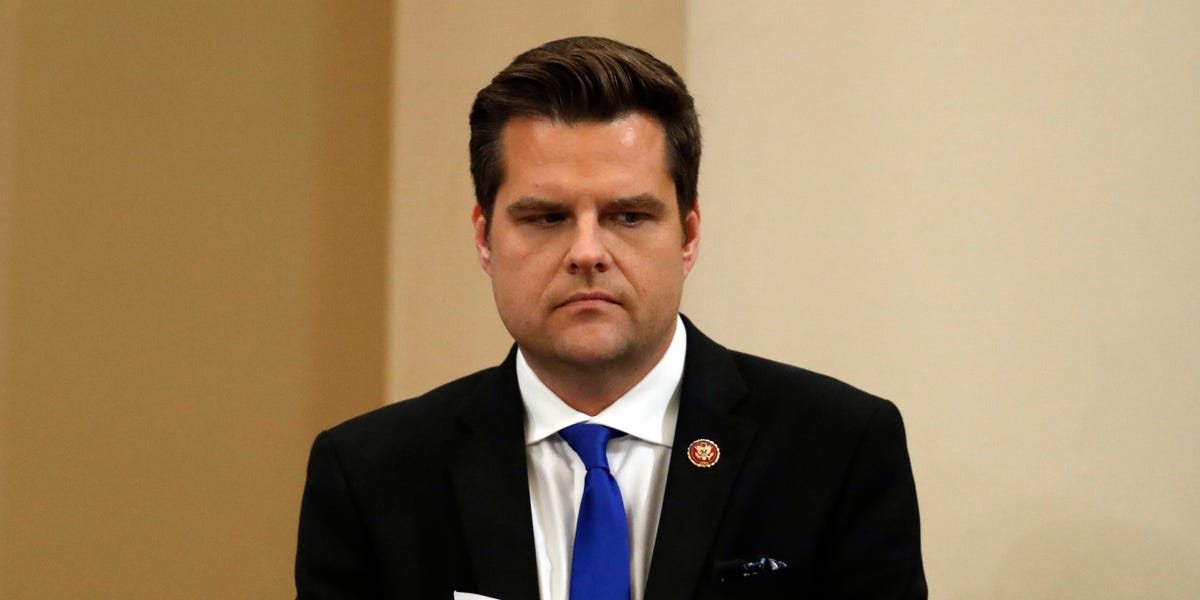 Republican Rep. Matt Gaetz of Florida said he was “disappointed” in former Vice President Mike Pence when he did not attempt to overturn the results of the 2020 election.

Gaetz, while speaking on Steve Bannon’s “War Room” podcast on Saturday, detailed his final meeting in the White House with the then-vice president. He said those in favor of overturning the election had assembled “substantive arguments that we thought would be persuasive to state legislatures who were looking for a signal to take more aggressive action to not maintain the fiction of elections that were not run fairly.”

But, Pence did not bite, Gaetz said.

“I knew then that he was not going to show a great deal of boldness before the Congress,” said Gaetz, who is under investigation by the US Department of Justice for potential violations of sex-trafficking laws, prompting Bannon to ask if it was because Pence “didn’t understand the content of what had gone on.”

Despite claims from Gaetz, former President Donald Trump, and others in the GOP, there is no evidence of widespread voter fraud in the 2020 election. Biden won both the Electoral College and the popular vote, making Trump a one-term president.

“It was more just the defeatism in his eyes and the tone,” Gaetz said on Bannon’s podcast. “It reminded me of those George W. Bush years, where there was just kind of an exasperation that we had to surrender to the frame of the media, the powers that be, and that we didn’t have the ability to carve out our own destiny.”

Pence last week made a rare break with Trump, saying on Friday the former president was “wrong” to suggest that Pence had the authority to change the election results. Pence was responsible for overseeing the counting of the Electoral College votes on January 6, 2021, at the same time the pro-Trump mob stormed the building.

On Saturday, Gaetz maintained he was disappointed in Pence.

“We put forward arguments and affidavits and evidence,” Gaetz said. “We showed him videos. We were in the cabinet room meeting with Mike Pence in the days leading up to January 6, and I left quite disappointed that he was not motivated by our argument.”