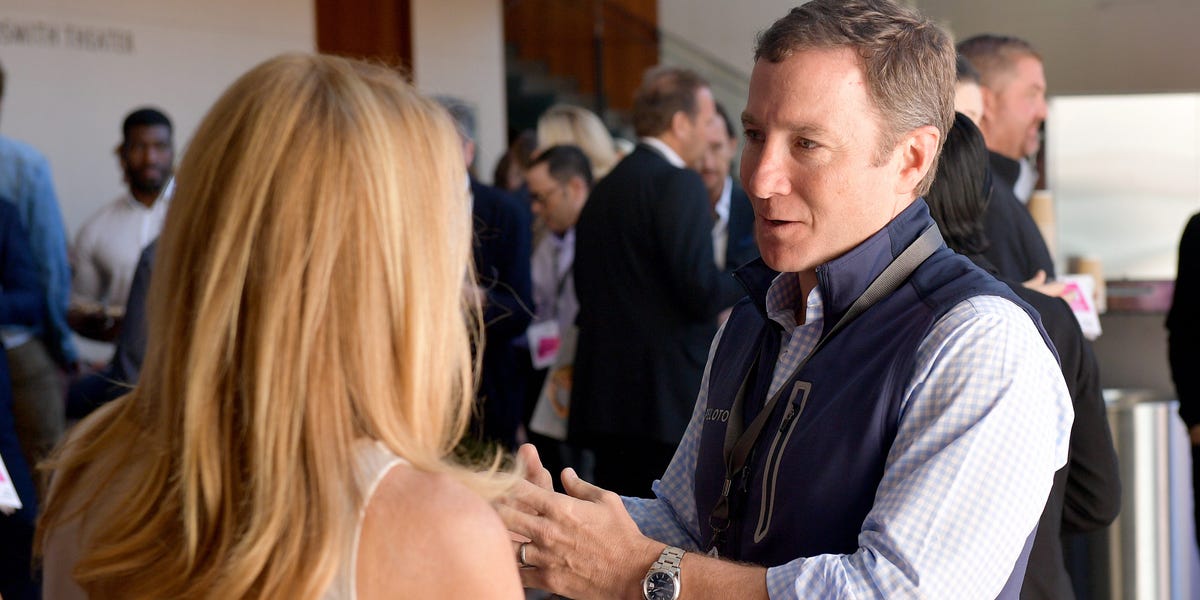 Goldman Sachs and Peloton founder John Foley are in talks about restructuring personal loans backed by his shares of the connected fitness company, according to a person briefed on the matter.

Foley, who stepped down as Peloton CEO in February, is under pressure to put up more collateral for the loans as Peloton’s stock price has cratered by more than 80% in the past twelve months. Foley pledged 3.5 million shares, or roughly 20% of the more than 17 million class B shares of Peloton that he owns, to support the loans he has taken out for his personal benefit, according to a Peloton filing.

Peloton’s stock-price decline has been so steep that Goldman is talking with Foley about putting up more stock and cash or coming up with another option that gives him more time to repay, the person said. Goldman Sachs is Foley’s lender, the source said. A representative for Goldman Sachs declined to comment for this story.

James Finch, an associate professor of finance at New York University’s business school, said Foley’s loan gives the lender the right to sell the stock and raise cash if they can’t reach an agreement.

“The last thing you would want to have happen is the stock declines in a big way and then you have a lender foreclose on the stock and then dump it,” Finch said, adding that such a sale would “cause more downward pressure on the stock price.”

Last week, the New York Post reported that Foley and his wife were quietly trying to sell their 6,100-square-foot oceanfront home in the Hamptons, just a few months after buying it for $55 million in cash, according to property records. The Foleys, who paid $2.5 million over asking to purchase the property in December, are seeking to sell it at a loss, the Post reported. Foley also sold about $50 million of Peloton stock to an investment firm backed by tech entrepreneur Michael Dell last week, according to a regulatory filing.

It’s not clear if the moves are related to the loan restructuring with Goldman Sachs. A Peloton representative declined to comment.

While many public companies do not allow executives to use their company stock as collateral, Peloton’s policy permits insiders to use up to 40% of their vested shares as collateral, so long as it’s approved by the company’s insider-trading-policy administrators. William Lynch, who recently stepped down as Peloton’s president, has pledged 20% of his shares as collateral for personal loans, as have several other Peloton insiders, according to regulatory filings.

For executives with a lot of their compensation tied up in equity, such loans offer an attractive way to access cash without selling down their stakes in the company or triggering tax consequences. The downside is that if the value of the collateralized stock drops precipitously, as has been the case with Peloton’s stock, a lender could decide they need more collateral or ask the borrower to repay some of the loan.

Blackwells Capital, an activist investor which has pushed for leadership changes at Peloton and for an outright sale of the company, has cited the pledging of Peloton shares by insiders as a red flag.

“Pledging is problematic because it can lead to forced stock sales in the event of a margin call and accelerate a downward spiral in the stock price,” Blackwells wrote in a presentation it released last month.

It’s not clear when Foley pledged his shares as collateral for the loan, or what the stock price was at the time they were pledged. The 2019 prospectus for Peloton’s initial public offering makes not mention of Foley’s stock pledging, though they are disclosed in Peloton’s October 2020 annual proxy filing.

For more about Foley’s predicament and how he lost control of the company he founded, read Insider’s in-depth report.