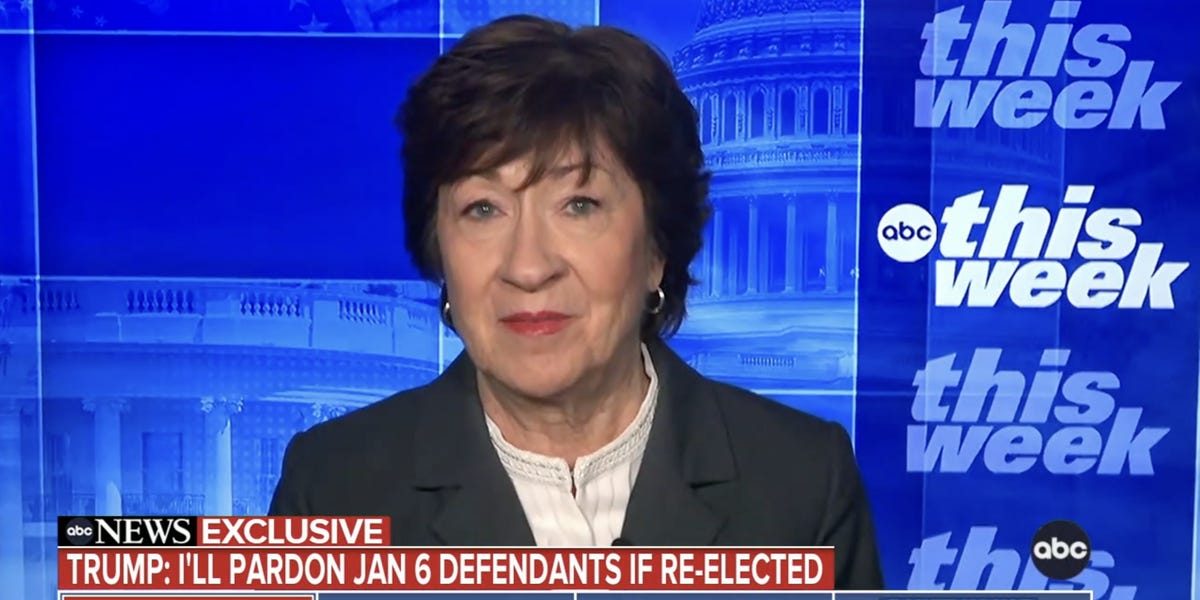 Republican Sen. Susan Collins of Maine on Sunday it is unlikely she will back former President Donald Trump in a potential 2024 run for president.

“Well, certainly, it’s not likely given the many other qualified candidates that we have that have expressed interest in running. So it’s very unlikely,” Collins told ABC News’s “This Week” when asked by George Stephanopoulos about a potential Trump run.

The former president has not committed to running again in 2024, but he has attended political rallies.

On Sunday, Collins also criticized Trump’s recent promises regarding the infamous Capitol insurrection. During his Saturday rally in Conroe, Texas, Trump said he would consider pardoning those charged in the January 6 insurrection.

“Let me say this, I do not think … that President Trump should have made that pledge to do pardons. We should let the judicial process proceed,” Collins said. “January 6th was a dark day in our history.”

Ahead of the 2016 election, Collins wrote in a Washington Post op-ed that she would not vote for Trump because he “does not reflect historical Republican values.”