How Amazon, Facebook, and Google CEOs think about M&A 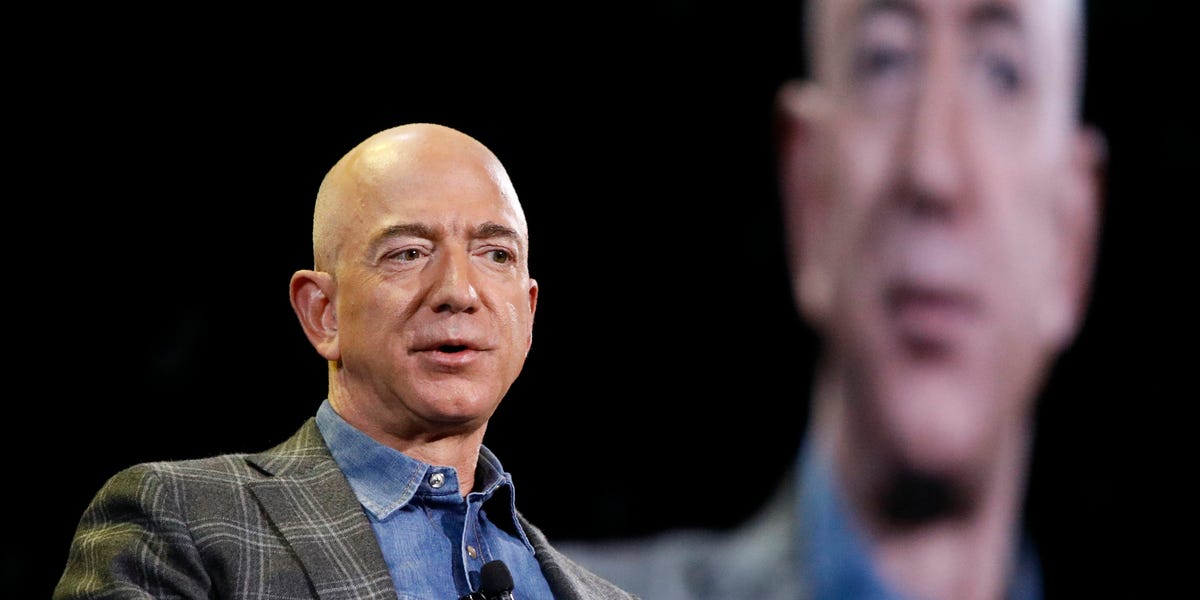 If you’re looking to sell your tech startups to one of the big tech giants, an intimidating reputation will take you further than good technology.

Market position, “land grabs,” and winning were all top considerations for the CEOs at Amazon, Facebook and Google ahead of major acquisitions, according to emails and instant messages made public on Wednesday as part of Congressional hearing over possible anticompetitive practices in tech.

The documents give unique insight into the thought processes of these powerful (and often rash) men on the eve of big purchases, which over time have proven to completely rewrite the technology landscape. Ultimately, the messages show, none of these companies made their most high-profile acquisitions because of the quality of the technology.

Google, which acquired YouTube for $1.65 billion in October 2006, considered the video streaming website a threat because it meant people were searching for things away from Google.com, the documents show.

Ultimately, its product was less important to Google than its position as a top video startup. In one email, Peter Chane, who founded and oversaw Google Video, said that YouTube’s “systems wouldn’t be valuable to us” and described its content quality as “worse than ours.” But Google’s Jeff Huber defended the talks and wrote that at the very least, opening M&A talks would raise the price tag for Google’s competitor Yahoo if it wanted to acquire YouTube itself.

Perhaps the most insecure emailer was Amazon, which spent months trying to “undercut” Diapers.com before acquiring its parent company Quidsi for $545 million in November 2010. Emails show extensive deliberations, referred to as the “Plan to Win,” which addressed Amazon’s internal strategy to price match and “meet or beat” Diapers.com’s order time cut off of 6 p.m. (The plan also required Amazon to fix a bug on its website: a widget that gave shoppers to option to browse “used” diapers.)

In 2017, Amazon shuttered its Quidsi properties altogether. In other words, its plan was a success.

Bezos was absent from the Diapers.com emails, but played a more active role fretting over market dominance in documents surrounding Amazon’s acquisition of doorbell camera startup Ring for $1 billion in March 2018.

“To be clear, my view here is that we’re buying market position — not technology. And that market position and momentum is highly valuable,” Bezos wrote to Amazon Vice President Dave Limp on December 15, 2017, according to the documents.

Others on Bezos’s team made clear that Ring didn’t have much to offer that Amazon couldn’t build itself.

“They don’t have any interesting hardware secret sauce either in IP, manufacturing process, or people,” vice president Robert Stites wrote to Limp on November 1, 2017, in an email arguing against the deal. “I’m not inclined unless our intent is to just benchmark pricing.”

Facebook CEO Mark Zuckerberg took a similar attitude leading up to its acquisition of Instagram for $1 billion in April 2012. Instagram, then a small but growing photo-sharing app, came into Zuckerberg’s line of sight as he fretted over how long users spent on Facebook’s mobile app, according to the documents. Every second spent on Instagram’s app was a second not spent looking at Facebook.

“Instagram is eating our lunch. We should have owned this space but we’re losing quite badly,” an unnamed Facebooker wrote in a redacted IM transcript from January 2012.

“Not losing strategic position in photos is worth a lot of money,” Mike Shroepfer, Facebook’s technology chief, wrote to Zuckerberg on March 9, 2012, ahead of the deal.

Once the acquisition went through, Zuckerberg was more direct about his reason for buying Instagram: it was stiff competition. “One thing about startups though is you can often acquire them,” Zuckerberg wrote on April 9, 2012

One email of particular interest during the hearing on Wednesday came from Facebook’s chief financial officer, David Wehner, in a February 2014 thread about Facebook’s $19 billion WhatsApp acquisition earlier that month.

“A big concern expressed it that we’re going to spend 5-10% of our market cap every couple of years to shore up our position,” Wehner wrote in defense of the deal. “I hate the word ‘land grab’ but I think that is the best convincing argument and we should own that. … We are being aggressive about seizing that opportunity as it is transforming the communications landscape.”

(Apple CEO Tim Cook was also part of the hearing, though the company’s M&A history was not a big concern for lawmakers.)

Consolidation is nothing new in the land of tech, and in many cases strategic acquirers get lauded for the wisdom behind deals that increase their power and eliminate risk. But not every acquisition is about dominance or eliminating obstacles.

When the $194 billion enterprise tech giant SAP acquired Qualtrics for $8 million in 2018, SAP added a top-of-the-line market research and data analysis product to its offerings.

If SAP saw market research as its only growth opportunity, that would be one thing. But the point of the acquisition wasn’t to make SAP the market leader in that sector. It was to give SAP more ground in its competition against Oracle and Microsoft to dominate in cloud software more broadly.

Then there are deals like Cisco’s May acquisition of ThousandEyes, a network security startup whose technology Cisco plans to tie into its existing products. Cisco bought the company because it made more sense than developing its own tool that could do the same thing.

This is all to say: it’s possible for a large tech company to acquire a startup for reasons other than fear of the underdog. But if these messages from executives at Facebook, Amazon, and Google show anything, it’s that making tech’s mega giants feel insecure is a great way to go from startup founder to multi-millionaire.