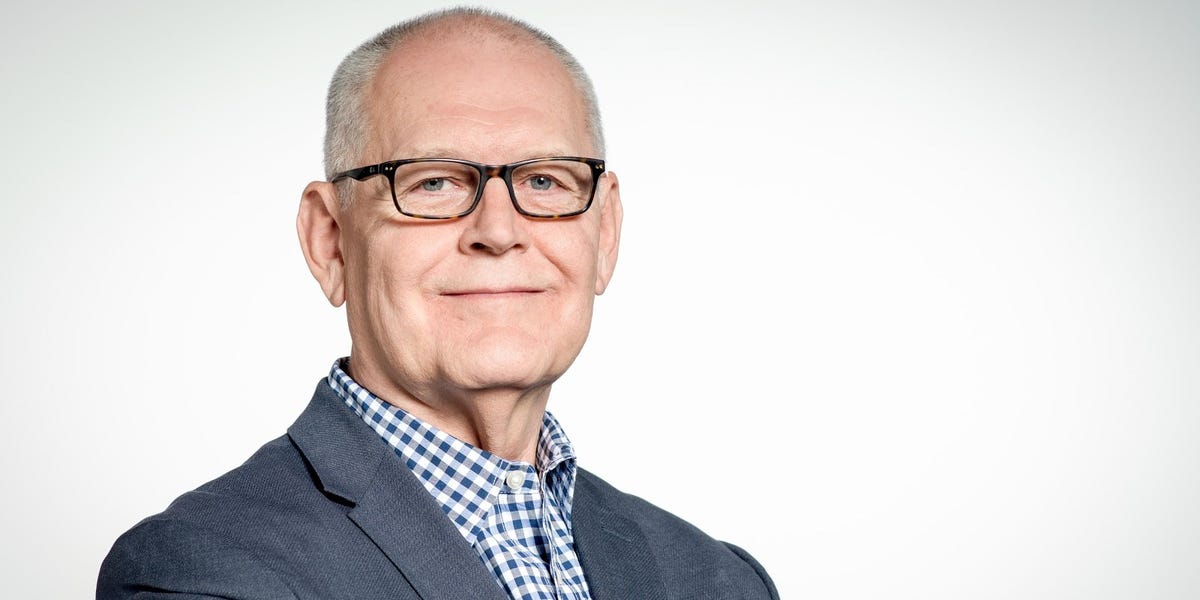 Amid America’s COVID-19 disaster, I must come clean about a lie I spread as a health-insurance executive. We spent big money to push the idea that Canada’s single-payer system was awful and the US system was much better.

It was a lie and the nation’s pandemic responses prove it.

When I eventually left my job as an insurance executive, I could no longer ignore the effect of the misinformation I was spreading. It’s time to finally reckon with the fact that what I’d been doing was killing people.

A few months before I left my job in 2008 as vice president of corporate communications for Cigna, I received a binder of talking points from the big public-relations and lobbying organization for health insurers, America’s Health Insurance Plans. I was to use this resource when reporters called with questions about healthcare-reform proposals advocated by Democrats who were running for president at the time. I wasn’t the only one: AHIP sent the same binder to my counterparts at other insurers to be sure we were all singing from the same hymnal.

I might still be shilling for the industry had I not flown home to visit family in east Tennessee in July 2007.

While there, I read in the local newspaper about a large pop-up clinic that was being held at a nearby country fairground. The story said many people had driven from hundreds of miles away and slept in their cars to get care they couldn’t otherwise afford.

I went out of curiosity. When I saw people lined up to get care in barns and animal stalls, and learned that some were getting bad news because they had waited too long, I knew I had to take some responsibility for that scene. A significant part of my job was to misinform the public and lawmakers by pushing out cherry-picked data and obscuring other important facts and figures for one purpose only: to protect corporate profits.

We had no intention of truly informing people. The goal was to mislead, not only by cherry-picking data (in many cases, data from organizations that receive funding from healthcare companies) but also by obscuring other facts. We had no interest whatsoever in balance.

The people who curated the bullet points for that binder purposefully excluded any information that would have painted a more accurate picture of a country’s healthcare system.

They would never, for example, include many, if any, of the findings of the Commonwealth Fund, which for several years has issued reports based on sound methodology to assess and rank the performance of healthcare systems in several rich countries, including the US.

Nowhere in that binder would you see that the US has always ranked dead last every year the Commonwealth Fund has conducted its research, including every year since the Affordable Care Act was passed in 2010.

Had it been a real effort to inform, that binder would have included information like this from the Commonwealth Fund research:

Here’s an example of how to make a point by failing to put numbers in context: One of the data points included in a Fraser Institute report was that between 2004 and 2014. The cost of insuring “the average Canadian family” (two adults and two children) earning $118,000 increased 53.3%, to $11,786. What the Institute did not do in that report was compare that with the increase in the cost of family coverage in the US. According to the Kaiser Family Foundation, the cost of employer-sponsored coverage for a family increased 69% during that same time frame, from $9,950 to $15,834. In 2019, the cost had increased to more than $20,000.

Despite spending considerably more for both health insurance and healthcare in this country, we rank at or near the bottom on most measures of the health and well-being of a country’s citizens.

Canada’s doing much better than the US when it comes to COVID-19 testing and treatment.

On a per-capita basis, more Canadians are being tested and fewer are getting sick and dying. This may shock Americans who still believe the lies I told about the Canadian healthcare system.

In Canada, no one gets turned away from the doctors because of lack of funds. In America, exorbitant bills are a defining feature of the system. What about quality of care? When it comes to COVID-19, there’s been about 21 deaths per 100,000 in Canada, versus 34 per 100,000 in the US.

Remember, in Canada there are no copays, deductibles, or coinsurance ever. Care is free at the point of service. And those laid off in Canada don’t face the worry of losing their health insurance. In the US, millions are losing their jobs and coverage, and scared to death.

You learn a lot about a healthcare system when a global crisis hits and different nations have different results. Canada’s single-payer system is saving lives. The US profit-driven corporate model is failing.

Here are statistics you will not find in talking points and briefing documents coming out of the US health-insurance industry. All the data is from the Commonwealth Fund’s January 30 report entitled “U.S. Health Care from a Global Perspective, 2019: Higher Spending, Worse Outcomes?”

Despite the myth that Canadian doctors are leaving their country to practice in the US, data from the Commonwealth Fund’s January report didn’t bear that out.

And when they go to the hospital, people in other developed countries stay longer. In Canada, the average length of stay in a hospital in Canada is 7.4 days. In the US, it is 5.5 days.

We do more hip replacements: 15.6 per 1,000 people 65 and older in the US versus 9.4 in Canada. (Though some research suggests that as much as one-third of joint-replacement surgeries are inappropriate, unnecessary, or done too soon and that up to one-third of patients regret having the surgeries.)

We do more hip replacements: 15.6 per 1,000 people 65 and older in the US versus 9.4 in Canada. (Though some research suggests that as much as one-third of hip- and knee-replacement surgeries are unnecessary, inappropriate, or done too soon.)

Opponents of reform often cite data that the five-year breast-cancer survival rate is higher in the US than in Canada, which it is: 90.2% in the US, versus 88.2% in Canada.

To be clear, things have indeed changed since the Affordable Care Act was signed into law by President Barack Obama in 2010. The number of uninsured Americans briefly went down to about 30 million — good but not close to universal coverage — but even those gains have largely been wiped out during the Trump administration and as millions of families have lost their insurance along with their jobs during the pandemic.

For those who still have insurance, deductibles have risen so fast since the ACA that nearly one-third are now underinsured. Meanwhile, insurers have been making record profits since the ACA. UnitedHealth Group yesterday reported the most profitable quarter in its history. And through AHIP, insurers are once again pouring money they collect in premiums from their customers into front groups like this one to scare people away from any reform proposals that might threaten those profits.

I’ve spent the past 12 years trying to undo a lot of the damage I wrought during my long career. To this day, I feel tremendous remorse and shame over how I hurt good people on both sides of the border when I spread lies about Canadian healthcare. The truth is, their system is better than ours. And our inability to admit or share that fact is literally costing lives.

Wendell Potter is a former vice president of Cigna turned whistleblower against the industry.

David Allen, an AHIP spokesperson, provided this statement: “Mr. Potter’s antiquated op-ed fundamentally misrepresents how today’s health insurance providers operate. We believe everyone deserves affordable, high-quality coverage and care — regardless of health status, income, or pre-existing conditions. We focus on prevention and promoting an individual’s best health. We not only provide coverage and access to care, but also tackle social barriers to health like lack of stable housing or food.

“Potter’s industry perspectives are from the pre-ACA past.  We are future focused by building on what works and fixing what doesn’t.”