How to Get a Shovel in Animal Crossing: New Horizons 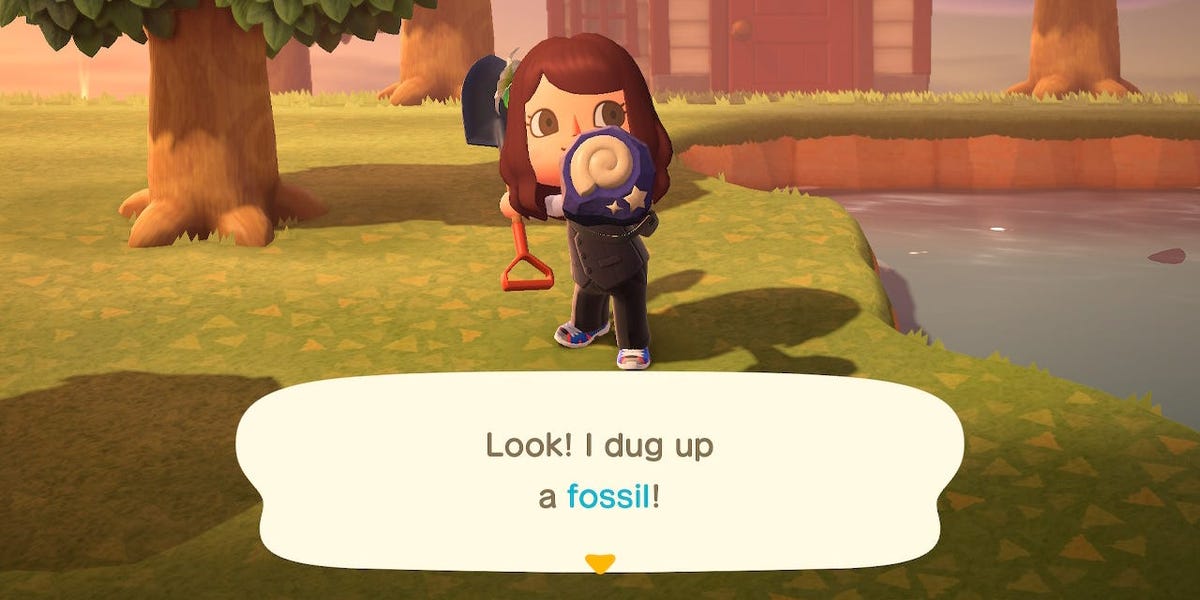 In Animal Crossing, the shovel is one of the five core tools you can use to gather items and shape the world around you. And it’s got a lot of functions; not only can you dig up fossils and money, but the shovel also lets you uproot trees, mine or destroy rocks, and plant flowers.

But despite its usefulness, it takes a while to earn your first shovel in New Horizons. It’s not available until a few days into your journey, and even then, will need to be crafted.

There are three different types of shovel available in Animal Crossing: New Horizons: the Flimsy Shovel, the Shovel, and the Golden Shovel. Here’s how to get all of them.

How to get a shovel in Animal Crossing: New Horizons

Like most tools in New Horizons, you’ll get your first shovel by crafting it. To earn the crafting recipe, you need to bring the museum curator Blathers to your island.

You can check out our detailed guide to your first day in Animal Crossing for all the information on how to bring Blathers to your island. But in short, once you’ve gone through the tutorial and taken Tom Nook’s DIY Workshop, he’ll start asking you to give him any bugs or fish that you catch. Give him five unique species, and he’ll invite Blathers to the island.

Once you speak to Blathers, he’ll give you two DIY crafting recipes: One for the Vaulting Pole, and another for the Flimsy Shovel.

To craft a Flimsy Shovel, you’ll need five pieces of hardwood, which you can find by hitting trees with an axe. Trees drop three types of wood — hardwood pieces are the darkest colored ones.

And once you unlock the museum and pay off your first loan, you can talk to Timmy and Tommy about building the Nook’s Cranny store. You can buy new Flimsy Shovels from Nook’s Cranny at any time for 800 Bells.

How to upgrade your Flimsy Shovel

But like other “Flimsy” tools, the Flimsy Shovel is pretty fragile and can only be used about 40 times before it breaks. If you want something that lasts longer, you’ll need to upgrade it into a Shovel.

You can get the crafting recipe for the Shovel from the Nook Stop kiosk at Resident Services. Buy the Pretty-Good Tools pack for 3,000 Nook Miles, and you’ll earn DIY recipes for all the upgraded tools.

To craft a Shovel, you’ll need one iron nugget and one Flimsy Shovel. Every Shovel you craft will last for about 100 uses, making it more than twice as durable as the Flimsy version.

Unlike Flimsy Shovels though, you can’t buy regular Shovels from Nook’s Cranny — at least, not at first.

How to buy a Shovel in Animal Crossing

When you first build Nook’s Cranny, they’ll only sell Flimsy tools. But upgrade the shop enough and they’ll start selling Outdoorsy, Colorful, and Printed items, which are just as durable as upgraded tools.

To unlock these tools at Nook’s Cranny, you’ll need to hit a few milestones.

This last requirement might be a bit confusing. When Nook’s Cranny is first built, the seamstress Mabel will visit to chat with Timmy and Tommy. After that, she’ll randomly appear once a week in front of the Resident Services building to sell clothes. She needs to visit like this at least once to upgrade Nook’s Cranny.

Once you’ve met these goals, Isabelle will mention during her announcements that Nook’s Cranny is being remodeled. The renovations will take a full day, but once they’re completed, you’ll be able to buy an Outdoorsy, Colorful, or Printed-design Shovel for 2,500 Bells.

These three shovels are all the same except for their color and name. Nook’s Cranny sells an infinite supply of each, but will carry a random one each day. And again, these shovels will last for about 100 uses, exactly the same as the ones you craft.

How to get a Golden Shovel in Animal Crossing

In past Animal Crossing games, the Golden Tools were incredibly rare items that you’d only earn after completing a major task. For example, to unlock the Golden Shovel in Animal Crossing: New Leaf, you needed to buy 50 bags of fertilizer from Leif’s Gardening Store. You could only earn one per save file.

In New Horizons, the Golden Tools are a bit less rare. Once you have their crafting recipe, you can make as many as you want. But earning that crafting recipe takes some work.

To unlock the Golden Shovel crafting recipe in New Horizons, you’ll need to help out Gulliver the seagull 30 times.

Gulliver appears randomly on your island’s shoreline, knocked unconscious. If you talk to him, he’ll say that he needs you to find five missing parts of his broken communication device. You can find these missing parts buried along the shoreline — dig them up with your shovel and return them to him.

Every time you help Gulliver, he’ll mail you a special present the next day. Once you help him 30 times, he’ll send you the crafting recipe for the Golden Shovel.

The Golden Shovel is twice as durable as the regular Shovel, lasting for about 200 uses. To craft it, you’ll need a Shovel and a gold nugget.

You can find gold nuggets by striking rocks around your town with a shovel or axe. Each time you strike a rock, there’s a one percent chance that a gold nugget will pop out. Check out our guide on finding iron nuggets for more details and tips.

Finding a golden nugget might take a while, so be patient, and don’t break too many shovels along the way.

William Antonelli (he/she/they) is a writer, editor, and organizer based in New York City. As a founding member of the Reference team, he’s helped grow Tech Reference from humble beginnings into a juggernaut that attracts over 20 million visits a month.
Outside of Insider, his writing has appeared in publications like Polygon, The Outline, Kotaku, and more. He’s also a go-to source for tech analysis on channels like Newsy, Cheddar, and NewsNation.
You can find him on Twitter @DubsRewatcher, or reach him by email at [email protected]