ICU Nurse Encourages Others to Quit After Pandemic Burnout 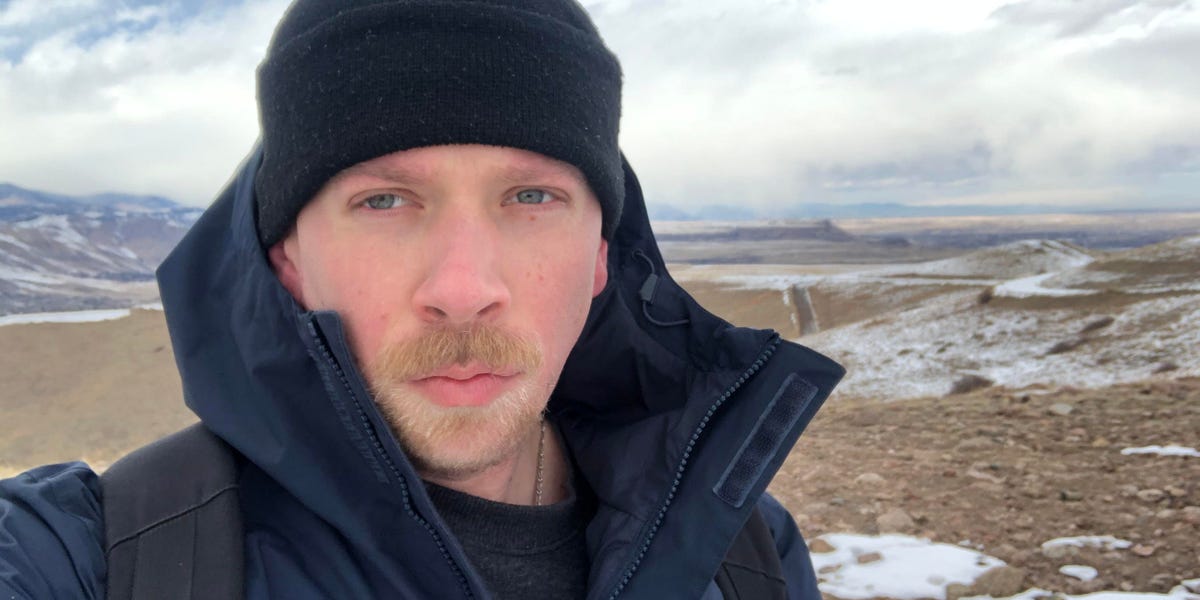 Before nursing school, Andrew Hudson worked at a bar for five years where he became familiar with the smell of Tito’s vodka.

In early 2020, as Hudson treated COVID-19 patients in a step-down unit at a major Detroit hospital, he noticed his hand sanitizer smelled like booze. He looked down at the packaging saw a Tito’s label. At the time, the US allowed distillers to make ethanol-based sanitizers due to a nationwide supply shortage crippling healthcare’s pandemic response.

Hudson laughed as he recounted the ironic twist of fate, but said these kind of federal stop-gap measures and the overall lack of support he and other nurses received led to burnout and mental health distress in his nearly two years as a COVID ICU nurse.

Hudson said he did not receive any hazard pay working between March 2020 and December 2021 as an ICU nurse in Michigan and Colorado. He re-used masks and gowns, and sent his patients’ bodies to freezer trucks outside of his hospital.

By the end of his tenure in the ICU, Hudson came home from shifts in nervous breakdowns.

Hudson finally quit nursing in December 2021, in a now-viral video that has half a million views on Twitter.

Hudson said helping patients for months without proper staff and equipment “feels like emptying the ocean with a bucket.”

“The way it is right now isn’t normal,” he said in an interview with Insider, “and I don’t think it’s helping patients in any way.”

The earliest days of the pandemic were dark and uncertain

Hudson’s first few months treating patients with COVID were a whirlwind. His team would experiment with the now-debunked treatment hydroxychloroquine because, back then, no clinician knew for sure how to treat the disease.

With his voice low, Hudson recalled calling 30 rapid responses in 2020 when his own patients went into a critical level, and many more for other nurses’ patients. In the early months, Hudson bagged up dead patients and brought them to the morgue — and sometimes freezer trucks brought to hospitals to store bodies when death rates were over 100 per week in Michigan — several times a night.

What’s worse, to protect morticians from exposure, Hudson gauzed and taped the eyelids, nostrils, and mouth of his dead patients.

“It felt macabre,” he said. “It was pretty grim to look at and I felt like this feels kind of medieval in a way.”

In 2021, Hudson moved to a small hospital in Denver treating underserved communities. He was again met with treating mostly COVID ICU patients due to the Delta variant.

Due to staffing challenges, Hudson said he cared for at least three patients at once. Safe staffing laws in Massachusetts recommend nurses care for just one ICU patients at once, and research from the University of Pennsylvania finds the more patients a nurse must care for, the worse care becomes.

Last year also brought out aggression from patients he hadn’t seen before. Patients’ families would tell Hudson not to intubated dying patients and instead give them the ivermectin, a parasite killer that does not work against COVID-19. “We just feel like we’ve vanished, like we can’t do anything,” he added.

Hudson said he became a nurse to help people and make a living wage out of it. In the last two years, he felt he was no longer making a reasonable wage for the unprecedented amount of work he did, and felt no matter how hard he tried to help, his patients would continue to die.

‘The system is already collapsed, but now they’re gonna have to deal with the ramifications of that collapse’

Hudson handed in his letter of resignation in the second week of December. Though he felt bad for his manager, he does not regret his decision.

“It was kind of the wild west,” he said. “The units were a mess. We didn’t have the resource as we need.”

After spending some time with his family over the holidays, Hudson threw himself into hobbies: a comedy podcast he co-hosts with his friends, called E1 Podcast, and digital art. He said he’ll use some time to “decompress” due to the stress of the past two years.

Hudson has a message for other fed up healthcare workers: quit.

“I’m encouraging healthcare workers, not just nurses, if you can leave your job, I think you should,” he said. “I think that they should see that they need us more than we need them. And the system is already collapsed, but now they’re gonna have to deal with the ramifications of that collapse.”