I’m a poll worker in Georgia: A ‘steady stream of voters’ came to vote 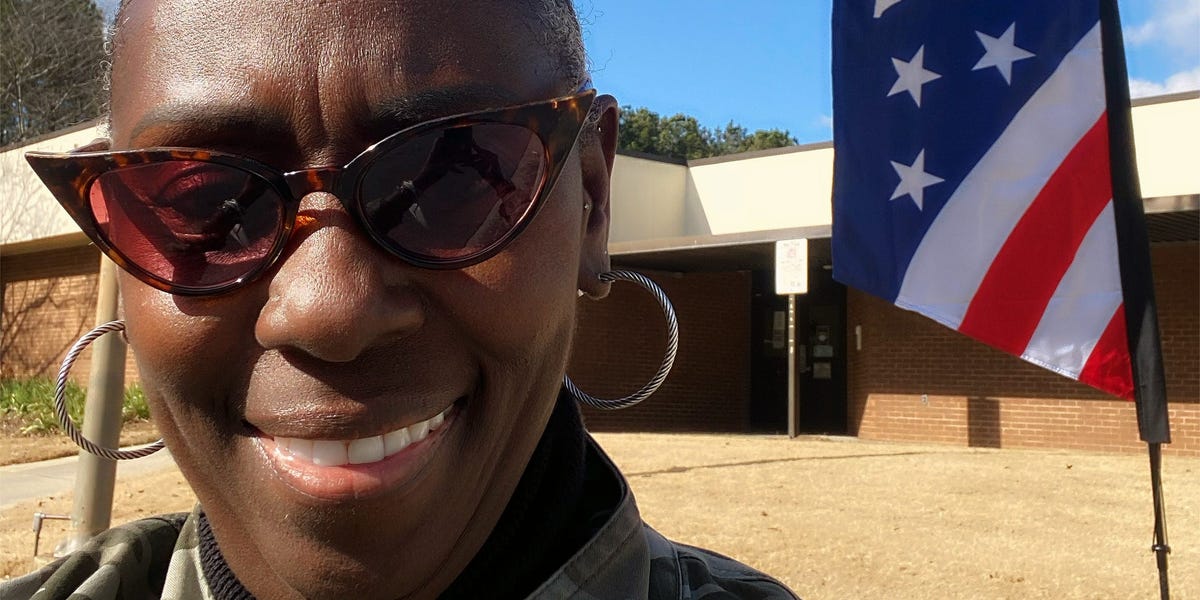 I decided to come back and volunteer for the runoffs because someone on the team I worked with at the elections told me, “Oh, you were so good. Could you come back?”

Another reason I wanted to participate in these elections is that I will never trust Donald Trump. I wanted to be there and see for myself what happens on this day.

This election was so important to me because as a black woman, I witness racial bias and so much more — you can’t say it enough for people to believe you until something happens.

Read more: Experts lay out the criteria for choosing Biden’s CTO, who will be faced with using tech to tackle everything from climate change to vaccine distribution

My role was exactly the same the last time I volunteered.

It took us around an hour and half to two hours and 45 minutes to get everything ready to go. Once we got done with those tasks, we had to get sworn in. The poll manager then announced that the polls were open.

We opened the polls at 7 a.m. and announced that the polls were closed at 7 p.m.

You really don’t know what’s involved until after you see an election, because the balloting machines have to be closed. They run a tape of how many people voted, who they voted for. It’s really interesting what comes out of those machines.

The voting machines have to be retagged, locked in little cages, and put away. We were done just before 8 p.m. that night.

This time around, we had so many people that come in that precinct first thing in the morning.

Everybody there was shocked, really shocked. It wasn’t like this last time. It was a steady stream of voters coming in all day.

Everything went very smoothly. It was busy all day — we ended up with close to 600 people coming into our precinct, which was really double how much we had during the general election.

When I talk to different people and they would say, “Oh, you know, the poles were rigged, right. Everything was just rigged. It was fraud.”

I was like, “Believe me, it wasn’t. I worked it. I can, I can assure you that you cannot vote twice in the state of Georgia.”

Read more: Big Tech should prepare for pushback from Vice President-elect Kamala Harris in these 3 areas

Historically for runoffs, we’re a given for Republicans.

And I didn’t find out until the other day, why this state has runoffs in the way that we have it.

But everyone in my family, all my friends, my neighbors, everybody that you ran across, they all encouraged us to vote.

We did it all because we absolutely had to get people out. We had to get them out.

We had two young black men that came in and voted for the first time because they turned 18 after the election.

Everybody was applauding for them, even the poll watchers.

In my opinion, Georgia going democratic is a result of COVID.

This whole thing is a result of COVID-19 and the way Trump handled it, how he lied. Then when the first stimulus came and they didn’t extend it, people went months and months with Congress not doing anything. People were really pissed off. People really started paying attention to politics after this.

And the other player in what propelled Georgia to turn blue is Mitch McConnell. In my opinion, he would do anything for corporations, but he doesn’t want to do anything for people.

And I think that’s the one good thing that Donald Trump did. He made Black and brown people more aware of politics and how you get things done.