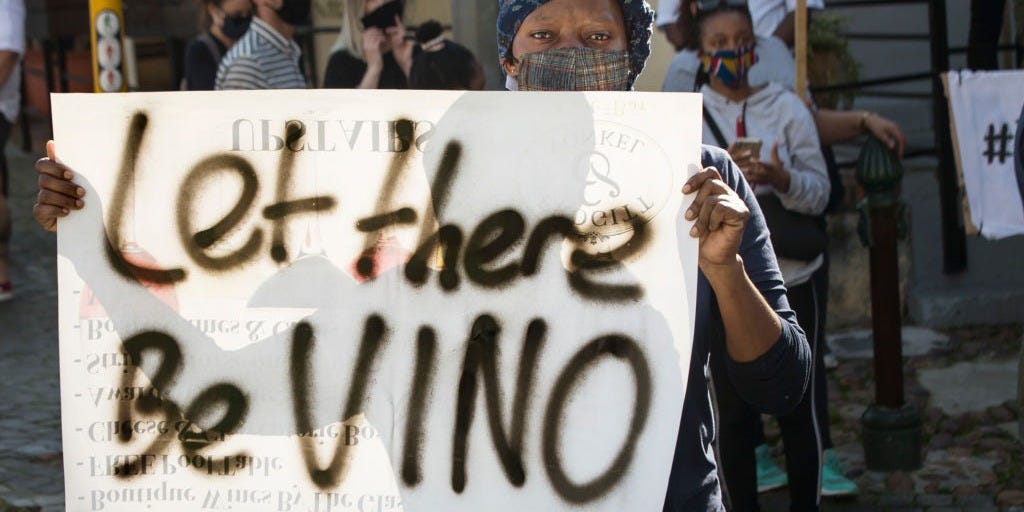 The government in South Africa — which is currently home to one of the world’s strictest lockdowns — has banned alcohol sales for the second time this year.

The sale of alcohol was previously outlawed for over two months. Its sale became legal again at the start of June but was restricted to certain weekdays.

Since then, hospitals have seen an increase of 40% to 50% in trauma patients, health minister Zweli Mkhize said last week, The South African reported.

South Africa has seen a surge in Covid-19 infections to more than 276,000 cases, according to NPR — and 25% of its total 4,000 fatalities were recorded in the week after alcohol was banned again.

Though the decision was made in an effort to help its hospitals cope with an influx of coronavirus patients, alcohol-related violence and drunk-driving accidents are being blamed for the spike in trauma patients.

Mkhize said the alcohol-related trauma was putting a lot of pressure on hospitals, which are already buckling under pressure.

Many of the country’s public hospitals are now at maximum capacity, and some patients are now being accommodated in makeshift field hospitals at large conference centers.

To assist the public health sector, Volkswagen converted one of its old factories into a massive temporary hospital in just seven weeks.

Cigarette sales have also been illegal in the country since March 27.

A new night-time curfew was also introduced along with the recent alcohol ban.

In addition, it’s now a criminal offense for anyone to be permitted entry to shops, schools, and taxis without a mask.

News of the alcohol ban has had a mixed reception: it was welcomed by those who cited the 70% fall in the murder rate in the country during the previous prohibition, according to Movendi.

But the alcohol industry said the move put the livelihoods of up to 1 million workers in the sector in danger, according to News 24.

The long ban on cigarettes — the result of government’s contention that there’s a direct link between severe Covid-19 cases and smoking — has also seen South Africans resort to desperate measures.

While some turned to black-market brands, others have started to smoke rooibos tea — which according to one person tastes “like lawn with a slight hint of stable.”