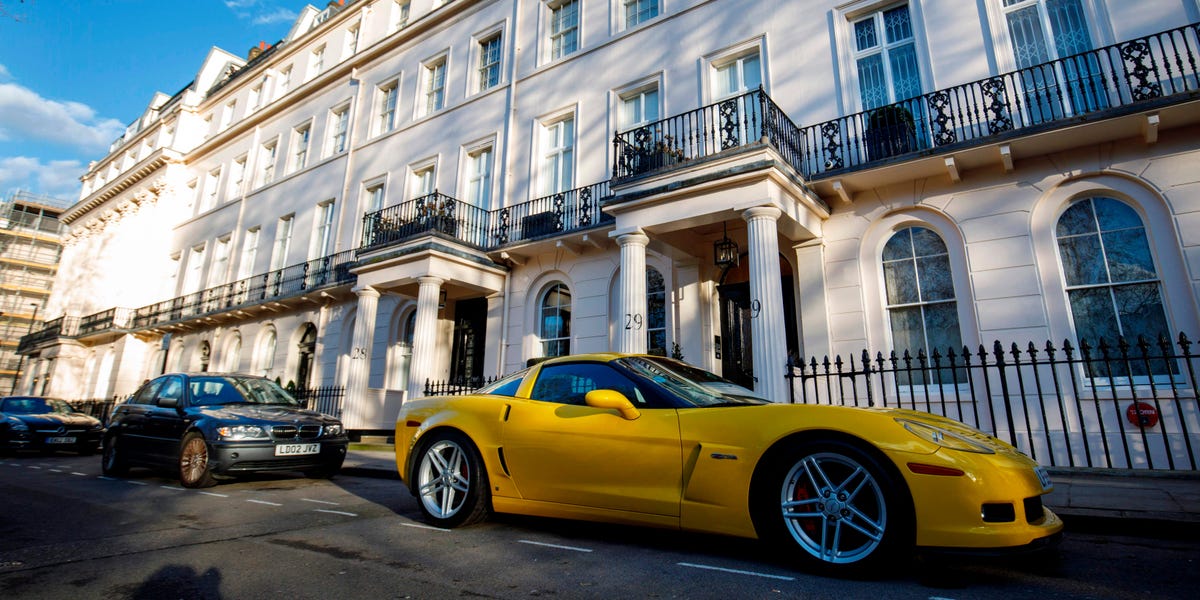 Wealthy Russians began moving into the estate after the “golden visa” scheme was introduced in the 2000s, per The Guardian.

Between 2008 and 2015, more than 3,000 people, including 705 Russians, were granted investor visas in the UK, according to The Guardian. Wealthy people were allowed to enter the country if they invested at least £2 million.

In February, UK Home Secretary Priti Patel announced the immediate closure of the scheme due to Russia’s unprovoked invasion of Ukraine.

“We stand shoulder to shoulder with Ukraine amid this unprovoked and antidemocratic act of Russian aggression,” Patel said in the statement.

“They come to Harrods to shop, they stay in our best hotels when they like, they send their children to our best public schools, and that is what’s being stopped,” a UK diplomat told The Guardian in February, referring to the the large number of wealthy Russians living in London.

In a March 10 statement, the UK government announced it was slapping sanctions on seven billionaires, including Chelsea FC owner Roman Abramovich. Over 200 Russian individuals, entities, and subsidiaries have been sanctioned by the UK, the statement said.