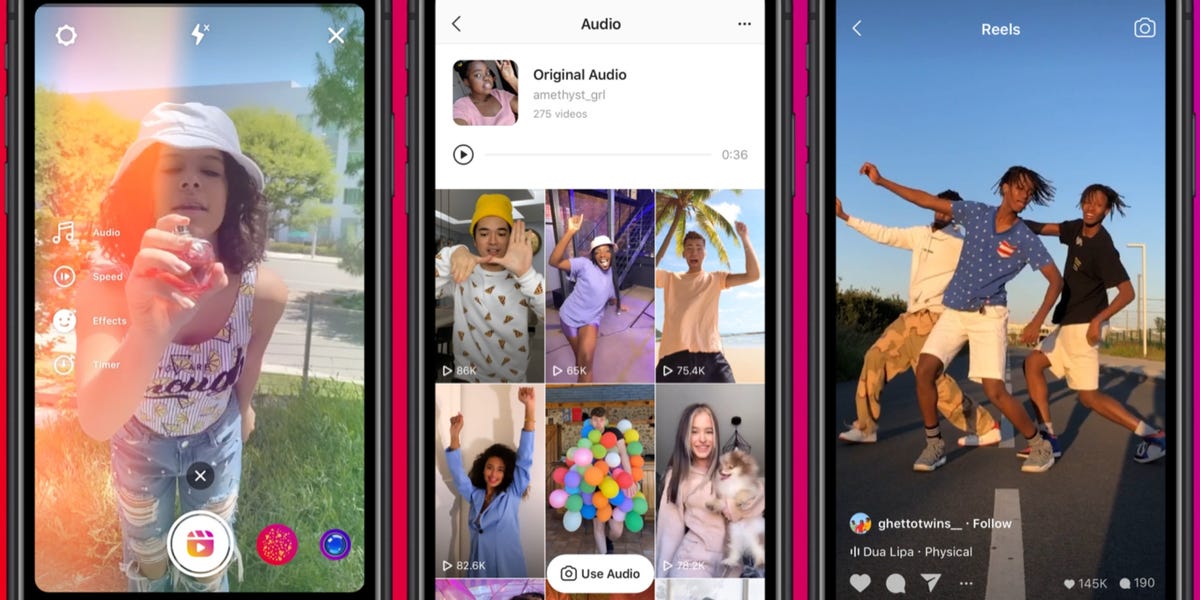 That’s according to the Wall Street Journal, which reported Tuesday that Instagram is in some cases offering hundreds of thousands of dollars to persuade high-profile TikTok creators to Reels.

The Journal didn’t name particularly creators who had been approached, but noted it’s a direct escalation in competition between ByteDance-owned TikTok and Facebook.

Instagram Reels is a short-form video feature expected to rollout in the US in August, and looks like a direct rival to TikTok. It’s already being tested in India, Brazil, France, and Germany. The feature will live inside Instagram’s existing Stories features. One key difference is that Reels’ short videos are limited to 15 seconds, versus 60 seconds for TikTok. You can read a walkthrough here.

TikTok has posed a major challenge to Facebook, hitting 2 billion global downloads in April and outgunning Instagram in terms of download popularity. The app is hugely appealing to a younger usership, a base that Facebook is keen to maintain. However, the app is also under considerable scrutiny in the US thanks to worries about its Chinese ties and privacy and security.

The news emerges one day before Facebook CEO Mark Zuckerberg appears before a congressional antitrust committee, as part of a wider, unprecedented antitrust grilling on big tech. Zuckerberg is expected to present his firm as a homegrown US tech champion, positioning Facebook firmly against Chinese upstarts like ByteDance.