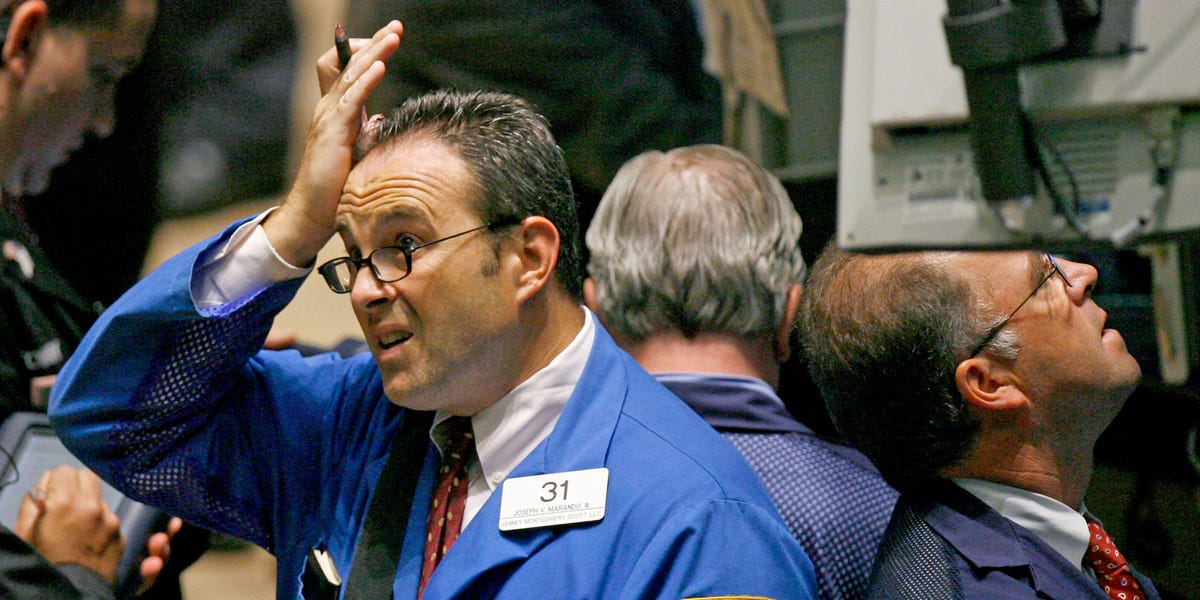 With interest rates low, investors are willing to balloon stock-market valuations by paying high price multiples for each dollar of future earnings.

At the same time, 2020 earnings estimates are being slashed in some sectors by up to 50%. But technology firms have largely avoided such a large downshift in profit expectations even though the recession has darkened the outlooks for multiple industries.

On average, tech earnings predictions for the next twelve months have seen an average reduction of just 2%, compared to 35% for other cyclical sectors. Their 2020 earnings estimates have been reduced by 10%.

That means some tech companies and their shareholders could be in for sober awakenings as earnings roll in over the next few weeks, according to a recent note from Morgan Stanley.

“Given the inherent cyclicality of technology spending that we discussed in last week’s note, this [disparity between tech and other cyclicals] makes little sense,” said Michael Wilson, the chief US equity strategist at Morgan Stanley, in a July 20 note.

“As a result, we think there is more earnings risk for the Tech sector relative to expectations than the others over the next few quarters.”

Further, Wilson said tech firms that were one-time beneficiaries of COVID-19 are more exposed to share-price corrections. Netflix, which fell 15% after reporting an earnings miss and lowering third quarter guidance Thursday, was an early example of this, he said.

“Driving this divergence is the fact that many tech companies were COVID beneficiaries, which means they saw smaller downside earnings revisions during 1Q reporting season,” Wilson said. “However, that means they are now potentially set up for greater downside risk to earnings in 2H20 as the recession runs its course. Many cyclical tech stocks boosted by this one-time benefit and pull forward of demand are most at risk in our view.”

But Wilson stressed that the overexuberant estimates do not amount to an environment ripe for a dot-com-bubble-style crash.

3 trades to profit from as earnings roll in

Wilson recommends buying tech stocks that decline after earnings, since capital spending will presumably pick up with an economic recovery. This implies gains for the sector even if earnings are weaker than expected.

“We do not think this is like 2000 when technology stocks were universally overvalued and we were at the end of an economic boom/capital spending bubble,” Wilson said. “Therefore, we believe any correction we get over the next month will likely prove a good opportunity to buy many of them as the economic recovery continues and capital spending returns after what is likely to be a down year in 2020 as suggested by our CIO survey.”

And second, Microsoft, which he says is the investment bank’s top pick, has seen a 122% return since they placed it on the list in March 2018.

“Near-term durability in demand for Microsoft solutions should drive Q4 upside,” the note said. “A likely conservative initial is FY21 guidance should not get in the way of the most attractive positioned secular story in tech delivering high-teens total return profile through FY22.”