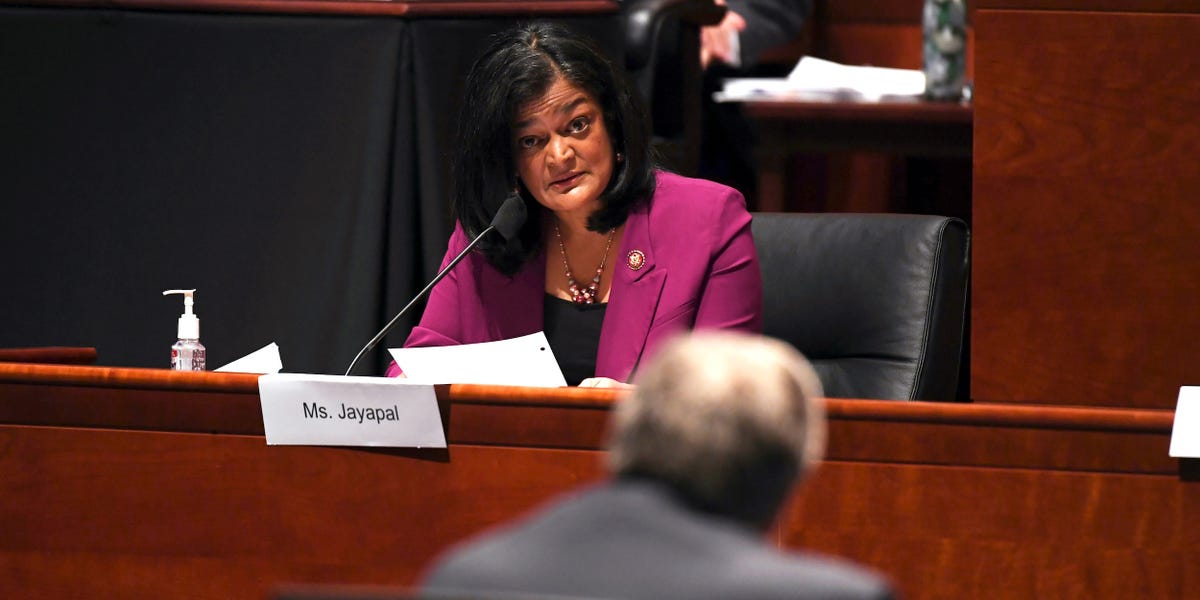 Rep. Pramila Jayapal slammed Attorney General William Barr Tuesday for his response to the Black Lives Matter protests, accusing him of taking an “aggressive” approach to quell them.

During a contentious congressional hearing before the House Judiciary Committee, Jayapal said there is a “real discrepancy” in how Barr treated those protests and anti-lockdown protests outside the Michigan capitol building, where demonstrators “swarmed” the building carrying assault weapons, versus Black Lives Matter protesters.

“The point I’m trying to make here … is that there is a real discrepancy in how you react as the attorney general — the top cop in this country — when white men with swastikas storm a government building with guns, there is no need for the president to ‘activate’ you because they’re getting the president’s personal agenda done,” the congresswoman said.

“But when Black people and people of color protest police brutality, systemic racism, and the president’s very own lack of response to those critical issues, then you forcibly remove them with armed federal officers [and] pepper bombs, because they are considered terrorists by the president,” she continued.

Amid the anti-lockdown protests in Michigan, President Donald Trump tweeted a string of messages to “liberate” states from coronavirus shutdowns, including Michigan. It came as a sharp criticism to state Gov. Gretchen Whitmer’s strict lockdown guidelines to mitigate the coronavirus amid the ongoing pandemic.

Anti-lockdown protesters also carried flags expressing support for Trump and attacked Whitmer, with one sign featuring a swastika reading, “Heil Witmer” (sic) and someone carrying a doll that looked like the governor with a noose around its neck.

“You take an aggressive approach to Black Lives Matter protests but not to right-wing extremists threatening to lynch a governor if it’s for the president’s benefit,” Jayapal continued during the congressional hearing Tuesday.

Barr said he was not made aware of the threats to Whitmer. He said “there are a lot of protests around the United States,” and he was worried about the escalating situation in Washington, DC, with protesters outside the White House.

On June 1, park police in Lafayette Square at the time sprayed protesters with chemical irritants and threw flash bangs to disperse the crowd as Trump made his way to St. John’s Church for a photo-op.

Barr distanced himself and the president from giving the directive to clear the way, and Barr said he has a “responsibility for the federal government, and the White House is the seat of the executive branch.”

During a heated exchange, Barr started to mention that he thought that Michigan authorities could handle the protests before Jayapal interrupted by saying, “You are supposed to represent the people of the United States of America, not violate people’s First Amendment rights.”

“You are supposed to uphold democracy and secure equal justice under the law, not violently dismantle certain protesters based on the president’s personal agenda,” she added.