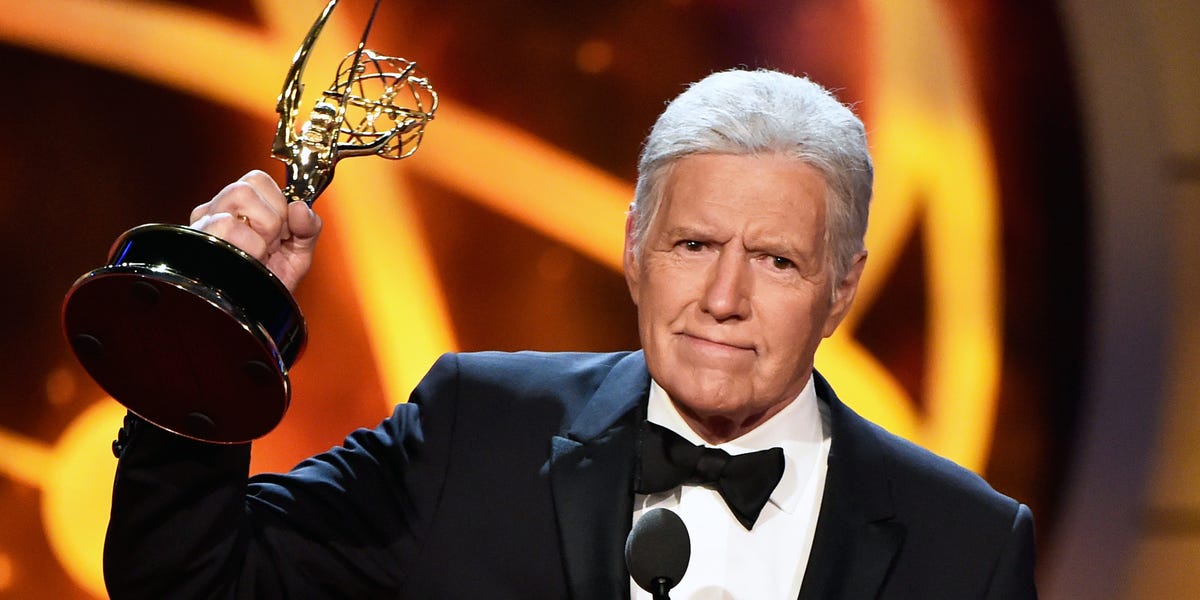 Alex Trebek has been the host of “Jeopardy!” for 36 years — that amounts to over 8,000 hosted episodes — but he’s been at the helm of game shows for even longer.

After starting his television career at the Canadian Broadcasting Corporation (CBC), Trebek went on to host dozens of shows, along with securing a recurring role as the host of game show “Jeopardy!” in 1984. The show originally debuted in 1964.

Despite rumors of his retirement, Trebek’s contract is effective until 2022, which was reaffirmed when he announced his diagnosis of stage-four pancreatic cancer last March. At the time, he said he planned to beat the disease, as he was in a contract to host “Jeopardy” for an additional three years.

In March, in a video shared on “Jeopardy!” social media accounts, Trebek provided an update on his health. “The one-year survival rate for stage-four pancreatic cancer patients is 18%,” he said. “I’m very happy to report I have just reached that marker.”

Trebek also said that he and his oncologist are working to make sure he lives to see another year: “If we take it one day at a time with a positive attitude,” he continued, “anything is possible.” He turns 80 on Wednesday.

He released his autobiography on Tuesday. The book covers his long career, his personal life, and how he would like to be remembered.

Amidst a long list of lifetime achievements, Trebek holds the record for being the longest game show host, along with seven total Emmy Awards. He has also made countless cameos on popular television shows, from “Golden Girls” to “How I Met Your Mother.”

Keep reading for a look at the beloved host’s career, from his CBC days to his recent hosting of an exciting “Greatest of All Time” tournament, featuring three of the most recognizable “Jeopardy!” contestants.