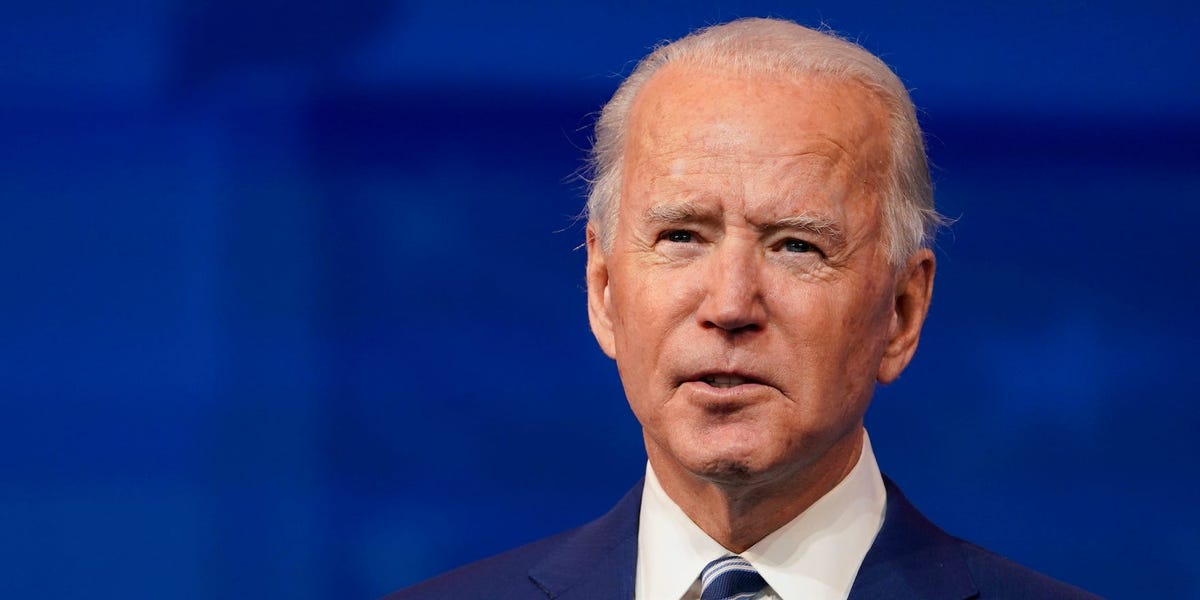 President-elect Joe Biden is putting together a large, multi-trillion dollar stimulus package to combat the worsening economic fallout of the pandemic.

On Friday, Biden said during a news conference that the latest jobs report — which showed employers shed 140,000 jobs in December — heightened urgency for lawmakers to act swiftly to help individuals and small businesses.

“We need to provide more immediate relief for families and businesses now,” Biden said. Congress recently approved a $900 billion economic aid package that Biden has referred to as “a down payment.”

The president-elect also doubled down on supporting $2,000 stimulus checks for millions of Americans in a tweet on Sunday night. It came hours after Democratic Sen. Joe Manchin of West Virginia expressed skepticism about increasing direct payments to that amount from $600 in a CNN interview.

Yet Biden’s economic agenda and his attempt to foster renewed bipartisanship risks crashing headfirst into a Democratic drive to impeach President Donald Trump a second time after he instigated a deadly riot at the US Capitol last week. House Democrats introduced an article of impeachment on Monday charging Trump with inciting an insurrection that ultimately left five people dead.

Biden suggested on Monday that the Senate could divide its time between an impeachment trial of outgoing President Donald Trump and passing his early legislative agenda which includes coronavirus relief. He said it was his “hope and expectation” and added he was consulting with Congressional leaders and the Senate parliamentarian.

The prospect of a Senate impeachment trial commencing in the first days of Biden’s term is rising, and it could possibly scramble Democratic priorities. House Majority Leader Steny Hoyer, the number two Democrat, told reporters on Capitol Hill on Monday he backs sending the article to the Senate right away, a step that would trigger an immediate trial.

Jim Manley, who served as a Democratic aide to former Senate Majority Leader Harry Reid, said the president-elect has made clear he wants to move quickly on passing coronavirus relief as well as getting cabinet nominees confirmed, including at the State and Treasury Departments.

“There’s no reason why the Senate can’t dual-track things,” he said.

Sen. Chuck Schumer, the incoming majority leader, faces enormous pressure to strike a balance between carrying out Biden’s early agenda and a Democratic effort to punish Trump for his conduct.

“We’re going to have to do several things at once but we got to move the agenda as well,” the New York senator told the Buffalo News in an interview published Monday. “Yes, we’ve got to do both.”

Though Biden has lambasted Trump for his role in the Capitol siege, he’s held off from saying whether the president should be impeached days before he is set to leave office. He urged lawmakers on Friday to approve his cabinet nominees as close to Jan. 20 as possible.

“What the Congress decides to do is for them to decide,” Biden said. “But they’re going to have to be ready to hit the ground running.”

Read more: What does the Democrat sweep actually mean for investors? We spoke to 5 investing experts to find out how to make the most of Biden’s blue Congress

Democrats will have a razor-thin majority in the Senate, presenting another hurdle for Biden to achieve sweeping parts of his economic and healthcare agenda. Biden campaigned on creating “a public option” to allow people to buy into a government-financed insurance plan, which would likely face an uphill battle garnering Democratic support in the Senate.

Still, Congressional Democrats are preparing to seize their new advantage with the legislative maneuver known as budget reconciliation.

The procedure allows Senate Democrats to pass certain pieces of legislation with a majority vote and not subject to a 60-vote threshold most bills need to avoid a filibuster. Vice President-elect Kamala Harris would cast the tie-breaking vote in a chamber evenly divided between 50 Republicans and 50 Democrats.

Depending on its contents, another economic rescue package could be approved through reconciliation. But the process would require support from every Democrat, unless party leaders tried to draw votes from centrist GOP senators to make up for any losses.

Last week, Sen. Ron Wyden, the incoming chair of the Senate Finance Committee, said he would be pushing to restore the $600 federal unemployment benefit that lapsed last year. It remains unclear whether Biden’s team would support it.

Schumer has also vowed that $2,000 stimulus checks for Americans would be an early Democratic priority.

Read more: Bank of America says the warning signs that stocks are hurtling into bubble territory are growing — and pinpoints 6 that could signal a bear market is beginning