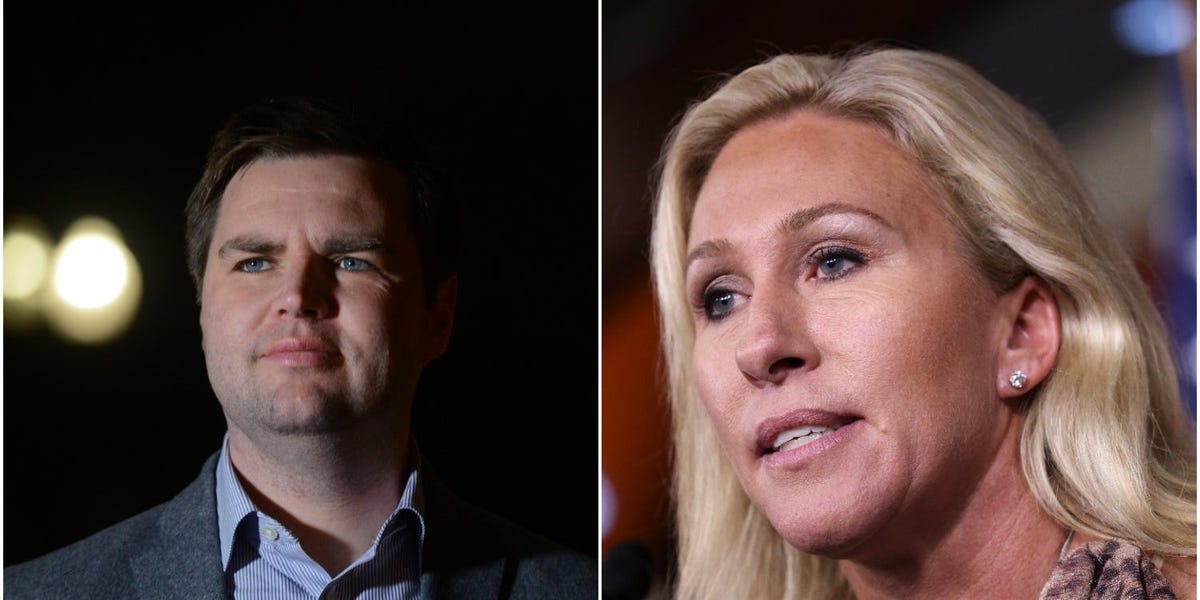 An Ohio venue pulled out from hosting a rally for “Hillbilly Elegy” author J.D. Vance just days before it was scheduled to take place, according to the Cincinnati Enquirer.

Vance, a Republican Ohio Senate candidate, was scheduled to hold a meet-and-greet at the Landing Event Center in suburban Cincinnati on Sunday, the newspaper said.

But on Thursday, the venue’s management asked Vance’s campaign to find another location after learning that it would feature controversial Rep. Marjorie Taylor Greene, the Enquirer reported.

Venue manager Jodi Taylor told the Enquirer that the venue was not aware that the politician from Georgia, who endorsed Vance in the Ohio Senate GOP primary on Tuesday, was featured as a special guest.

“We just chose to respect it was a very emotional topic,” she said, per the newspaper. “People are passionate about what they believe. We were wrapping our heads around what was going on. We didn’t know there would be a guest.”

Taylor received a flood of complaints about Greene’s scheduled appearance via phone, email, and social media, the Enquirer reported.

In a statement posted to Facebook, the Landing Event Center cited “tremendous interest in the JD Vance presentation” as the reason for the relocation.

But Taylor noted that the venue didn’t want to get political, per the Enquirer. “It doesn’t matter what we do,” she said, according to the newspaper. “We have both sides upset.”

The event is now set to go ahead at the Marriott Cincinnati Northeast in Mason, Ohio.

Vance’s campaign did not immediately respond to Insider’s request for comment.