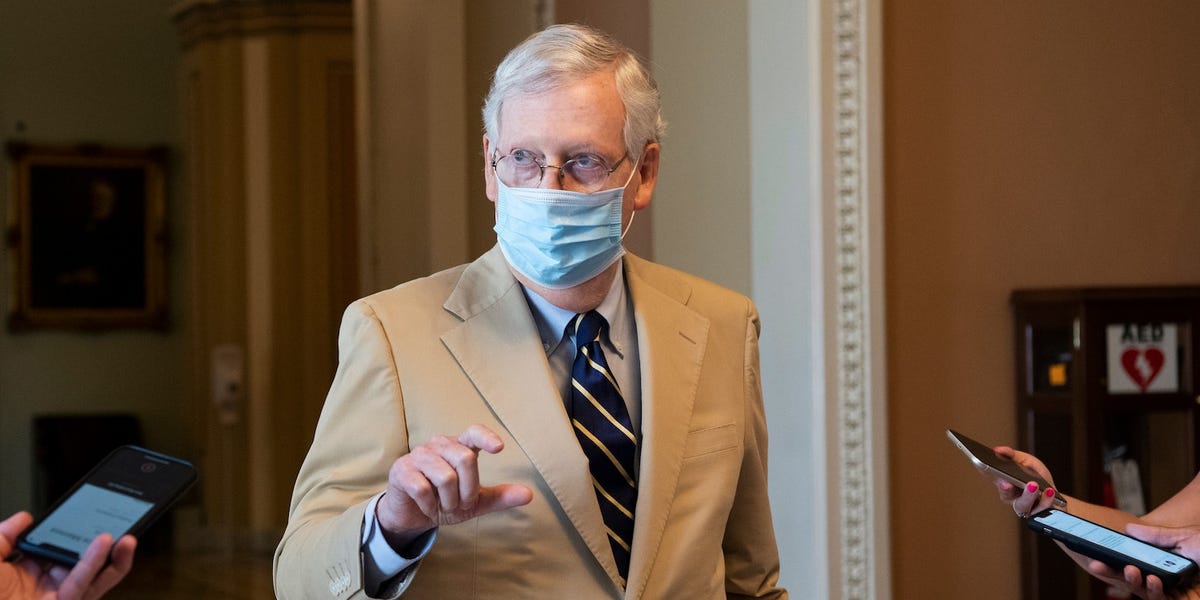 Senate Majority Leader Mitch McConnell said on Friday he would like to negotiate a new stimulus package with Democrats “in the next few weeks.”

The time frame could spell financial calamity during a pandemic for millions of Americans collecting boosted unemployment checks, a $600 emergency federal supplement to state benefits that Congress approved in March. People on enhanced unemployment face a sharp income drop of 50% to 75% depending on their state’s benefits.

The final beefed-up payments in 49 states are being distributed on Saturday, followed by New York on Sunday. The lapse also coincides with Friday’s expiration of a federal moratorium that’s guarded one-third of the nation’s renters from evictions — or those living in buildings or homes with government aid.

Republicans have struggled to craft and release their anticipated $1 trillion legislation this week, due to fierce GOP infighting over priorities and the size of the spending package. It delayed their plan’s release until early next week when negotiations with Democrats are expected to begin in earnest.

McConnell said at an event in Ashland, Kentucky: “Hopefully we can come together behind some package we can agree on in the next few weeks.”

Unemployment remains high at 11.1%. On Thursday, the Labor Department said 1.4 million people filed for unemployment last week, up from 1.3 million the week before. It was the first increase since March, indicating the recession may deepen as the coronavirus pandemic rages on with rising infections in the US.

Senate Minority Leader Chuck Schumer of New York and House Speaker Nancy Pelosi of California released a joint statement on Friday ripping into Republicans for delaying the rollout of their bill, saying “time is of the essence and lives are being lost.”

“This weekend, millions of Americans will lose their unemployment insurance, will be at risk of being evicted from their homes, and could be laid off by state and local government, and there is only one reason: Republicans have been dithering for months while America’s crisis deepens,” Schumer and Pelosi said.