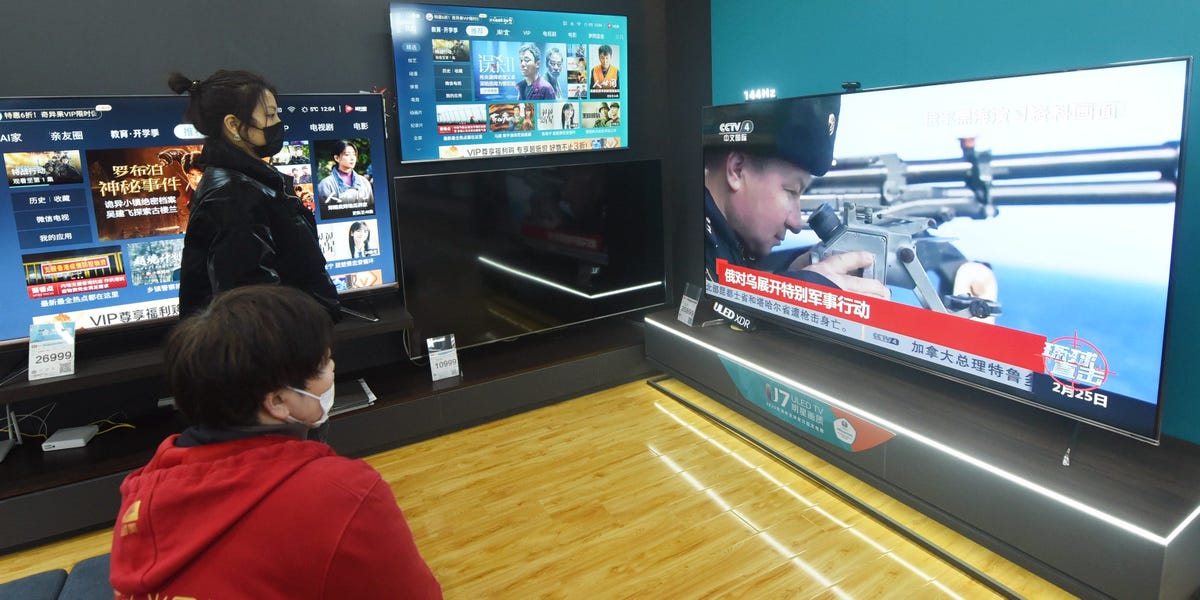 In the hours after a fire was reported close to Ukraine’s Zaporizhzhia nuclear power plant last Friday, China’s Twitter-like service Weibo lit up with comments.

“Self-directed, self-produced?” a user asked in the comments section in the first minute after Global Times’ initial post on Weibo about the fire.

Another wrote: “Could it be them setting it on fire themselves?”

This last post, made two days after the incident, came after outlets on the ground such as AP reported, and the Ukrainian government stated, that Russian forces had shelled the plant, setting a building on fire. Moscow, on the other hand, sowed confusion by claiming Ukrainian perpetrators had set the building alight.

It can be difficult to verify information in the first hours after a fast-moving news development.

But within the highly-regulated confines of China’s cyberspace, the continued existence of false claims — long after they’ve been debunked — highlights the fight China’s tech giants are up against as the war in Ukraine deepens.

“For a Chinese tech company, whether something is factually true or false isn’t really related to what’s online,” said Rogier Creemers, an assistant professor in modern Chinese studies at Leiden University in the Netherlands.

“They have to follow whichever direction political winds blow,” he said.

On Douyin, ByteDance’s version of TikTok for Chinese users, a quick search yields a video explainer posted Monday saying Russia was being scapegoated for the fire.

On Weixin, a Chinese messaging app by Tencent that is the companion to WeChat, a post by Sina Finance, a news blog that is not state run, invited a swarm of comments that said Ukraine had staged the incident.

“For all losses go ask that comedian from Ukraine,” said one commenter, referring to Ukrainian president Volodymyr Zelensky. “He caused it after listening to the US.”

‘These are people who will believe in these things and post them.’

China’s broader media environment has encouraged the spread of falsehoods, even if users don’t intend to be malicious.

“In these instances, they weren’t part of a false-flag operation, it’s not an organized attempt to spread false assertions,” said Leiden University’s Creemers. “These are people who will believe in these things and post them.”

China has consistently avoided condemning Russia for its actions publicly and instead, emphasized the two countries’ close relations. Chinese state-run media echo these views. In the absence of access to foreign reporting, the pro-Russia position dominates.

“The ability of Chinese social media users is hampered by censorship and the low information environment created by the absence of real journalism,” said Sense Hofstede, a PhD candidate researching China, Taiwan, and Singapore at the National University of Singapore.

In particular, the narrative that the US and NATO have pushed Russia into starting the war is accepted by China’s millions of internet users. “This simplistic narrative motivates many to accept and spread misinformation that favors Russia,” said Kecheng Fang, assistant professor in journalism at the Chinese University of Hong Kong.

“I do believe there is a strong pro-Russia view on Weibo,” he added.

Chinese tech firms, already under pressure from the state, must toe the government line.

“They have to do what the state wants them to do, and there’s a constant stream of info from Beijing on how to deal with particular content,” said Creemers.

“Even though the Chinese have a very well-organized propaganda machine which seeks to influence public opinion, that doesn’t mean they can tell what people should think; the people are intelligent,” said Cremeers.

Fang said only a very small minority of users post actively on social media. “We should take Weibo posts with a grain of salt,” he said.

Chinese commenters continued to flood related Weibo posts with pro-Russian comments hours after when news of the fire at Zaporizhzhia first broke. A user with more than 6.8 million followers attempted to steer the conversation, calling for rationality amid the fog of war.

“A nuclear plant in Ukraine is on fire, this is a fact,” the user wrote. “Whether Russia did it, it’s an opinion. Because you’re in China, you’re unable to verify.”

ByteDance-owned TikTok has started to label content from Russian state media, in line with the EU’s ban on Kremlin-backed media. Douyin removed videos and banned accounts that featured “inappropriate” content about the conflict.

Weibo said it was adding geolocation labels to posts about the war. It said it has also removed tens of thousands of posts that mock the invasion of Ukraine. Weibo did not immediately respond to Insider’s request for further comment.

Tencent has apparently avoided taking sides in the conflict but appealed to messaging app Weixin users to be objective when discussing controversial subjects.