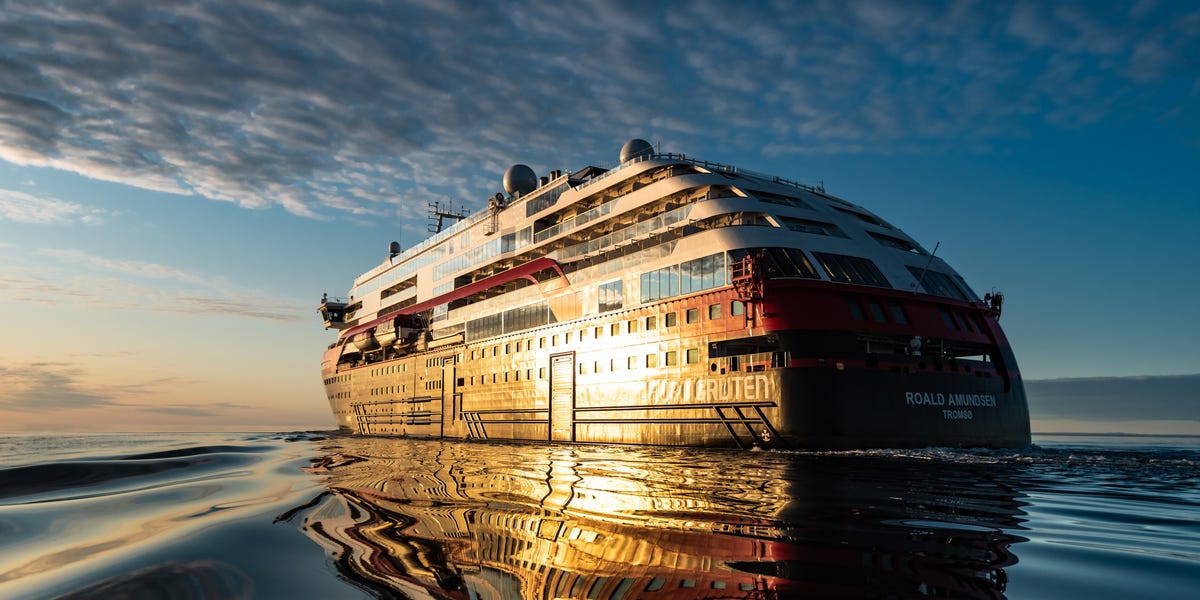 Hurtigruten’s MS Roald Amundsen made its maiden voyage in November 2019. It was designed to merge luxury and sustainability.

And the ship’s Rolls Royce-built engines started running again too soon after the coronavirus pandemic brought the cruise industry to its knees.

On Friday, The Points Guy reported that four crew members had been sick onboard for several days the Norwegian expedition cruise and isolated on the ship. They were admitted to the University Hospital of North Norway after the vessel docked after a seven-night cruise and tested positive for the coronavirus on Friday. Their symptoms hadn’t been consistent with COVID-19, the company said.

The ship’s remaining crew, or 160 people, were placed in isolation and are being tested for the coronavirus as well. Hurtigruten is also informing the 177 passengers who deboarded the ship on Friday to inform them of the outbreak.

The ship previously made changes like reducing capacity, ending buffet-style dining options, and increased cleanings, but the outbreak proves that cruises will remain docked for some time to come.

The MS Roald Amundsen is the world’s first hybrid, battery-supported cruise ship. It made its maiden voyage to Antarctica with 450 passengers aboard in November 2019, according to Robb Report.

The MS Roald Amundsen’s expedition to Antarctica was fitting – it was named after the eponymous legendary Norwegian polar explorer.

The 459-foot cruise ship is equipped with battery packs that support its low sulfur, diesel-powered, Rolls Royce-built engines. That’s not to say the cruise is devoid of the lavish trappings of a typical cruise ship: There’s also an infinity pool, a glass-encased sauna, three restaurants, and luxurious cabins on board. Throughout the ship, there are almost 600 works of art produced by young Norwegian artists, handpicked by the queen of Norway. Cruises aboard start at $14,720 per person.

Keep reading for a look inside the cruise ship.